You are at:Home»Latest»Photo Of The Day: Sean Fallon Unfurls The League Flag, Plus A Profile On The Legendary Sligo Celt

Today’s photo of the day depicts a Celtic legend in the form of Sean Fallon, who is shown unfurling the league championship flag as a 90th birthday present from the club back in August 2012.

That afternoon was historic as it marked the celebration of the first of Celtic’s nine league titles in a row. Fallon was of course part of that historic achievement the first time around when he was Jock Stein’s Assistant and even took charge himself as Celtic’s iconic Manager recovered from a serious car crash in 1975. He was a tremendous man, who was at Stein’s side as Celtic won the European Cup in Lisbon and reached the Final three years later. Meanwhile, he was an integral part of bringing the famous Quality Street Gang through. 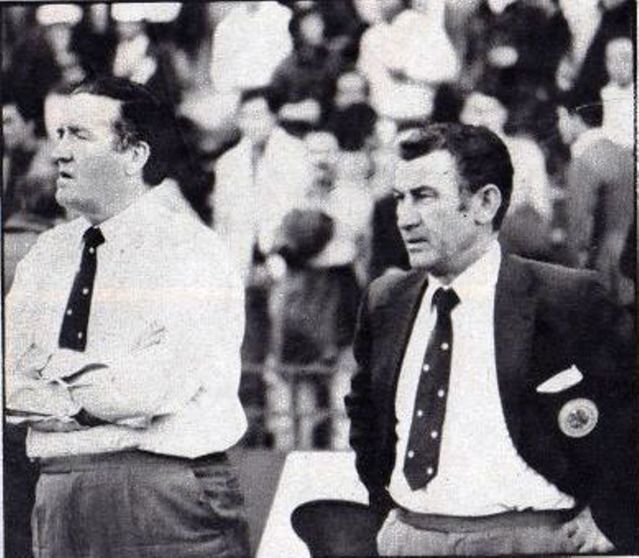 As a player, Fallon was known as the Iron Man. He was hard as nails and famously played on with a broken collar bone, wearing a sling, during a match against Hearts in October 1953. That injury would subsequently keep him out for large parts of the season but the Irishman didn’t want to leave his team a man short in those days before substitutes were allowed.

Fallon joined Celtic in 1950 and had to retire in 1958. His eight years as a player were incredible, with an even greater back story.

Indeed, Sean Fallon’s love affair with Celtic started when the son of the Celtic legend Jimmy McMenemy saved Fallon’s sister, Lilly, from drowning at Lough Gill. Fallon invited Joe McMenemy back to his house and the Scot returned the compliment by sending Sean presents of a Celtic shirt and Willie Maley’s book “The Story of the Celtic”. He realised his ambition when he made his league debut for Celtic, away to Clyde, in the last game of the 1949/50 season. 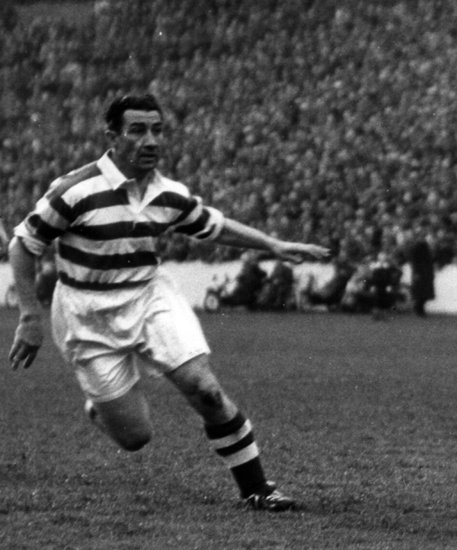 Sean Fallon as a Celtic player

Within a year, Sean had helped Celtic win the Scottish Cup, beating Motherwell 1-0 in the 1951 Final. Fallon said later: “As I walked off Hampden Park I felt I had got everything out of life I had ever wanted. I had become a member of the famous Celtic Football Club and holder of a Scottish Cup badge all in one year.” Two years later Sean would also have a cup final goal to celebrate as he scored in the 1953 Scottish Cup Final against Aberdeen. Fallon’s performances for Celtic made him a fan favourite but he once assessed his own talents as a player by saying: “I was just an ordinary player with a big heart and a fighting spirit to recommend me.” 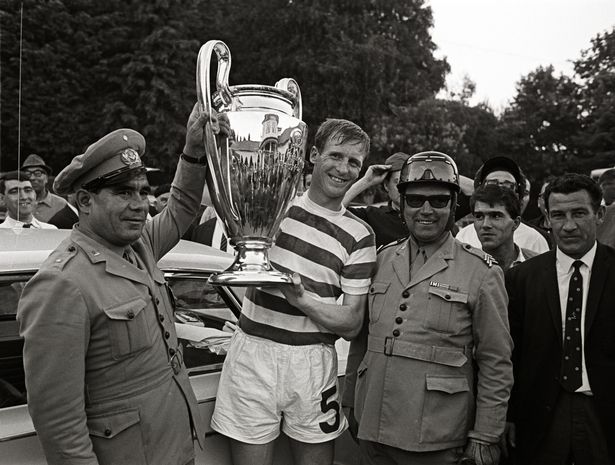 The later 1950s were a barren period for Celtic, with two major triumphs providing rare moments of joy for the long-suffering support. The first was the Double of 1953/54. The captaincy of the side, which had passed to him in 1952, was taken over by Jock Stein. Fallon was back to full fitness for another momentous occasion, when Celtic won 7-1 against Rangers in the 1957 Scottish League Cup Final.

Our photo of the day is in the tweet below:

Sean Fallon, The Iron Man, unfurls the league flag at Celtic Park. What an absolute legend. A Sligo man, hard as nails, part of the 7-1 League Cup Final team and Jock Stein’s Assistant in Lisbon pic.twitter.com/vIqcKjevez

Quite simply, Sean Fallon is one of Celtic’s greatest servants. The Sligo born Celt’s son, Sean junior, said of his father being chosen to unfurl the flag: “The whole family is absolutely delighted at this gesture. My father is over the moon at being asked to do this and I know he will be a very proud man.”

Sadly, Sean Fallon passed away the following January, just shy of his 91st birthday. Therefore, one of these final Celtic memories will always be special for him and the family. 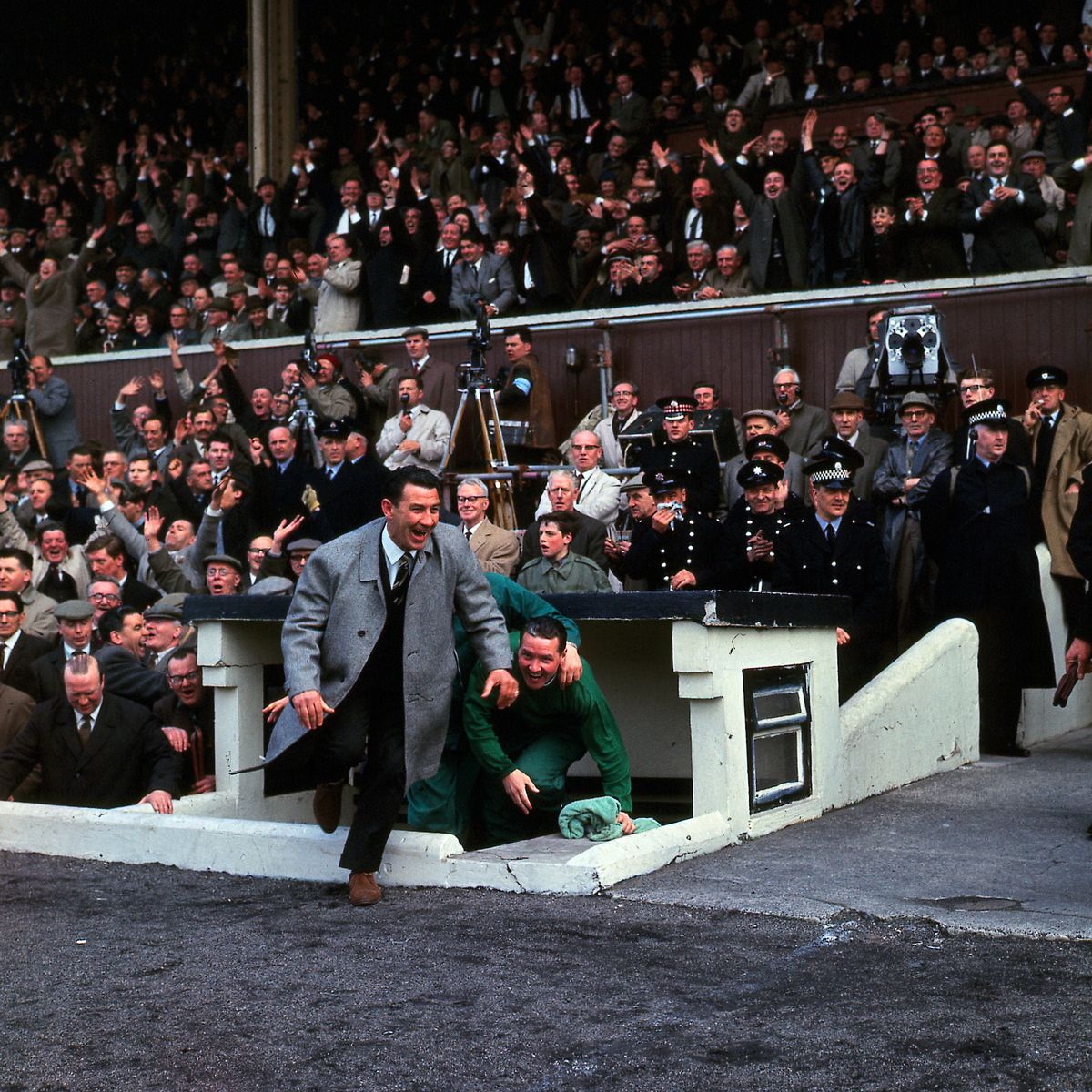 Previous ArticleShane Duffy to remain at Celtic, Sky Sports man confirms
Next Article Dermot Desmond looks to appoint his son whilst Hammond’s job is under threat, according to report