You are at:Home»Latest»Photo Of The Day: The Hampden Clear Up 1965

Today’s photo of the day was kindly sent to me by the editor of this website. It was featured in the Evening Times newspaper and evokes nostalgic memories of a bygone era on the terraces as Groundsman Bert Currie is pictured carrying a sack of beer cans when clearing-up started at Hampden Park on 25 October 1965 – two days after the Celtic v Rangers Scottish League Cup Final.

It was estimated that more than 50,000 cans – bottles were not in the count – were left lying on the terracing by fans. And the image below is thought to have been taken at the Rangers end of the national stadium.

Great pic sent to me by @CelticStarMag – Groundsman Bert Currie carries a sack of beer cans when clearing-up Hampden Park after 1965 Scottish League Cup Final. It was estimated that more than 50,000 cans – bottles were not in the count – were left lying on the terracing by fans pic.twitter.com/LwKyinHrkI

The match itself ended 2-1 in Celtic’s favour. Yogi Hughes scored both for the Hoops, each coming from the penalty spot in the first half!

Full time saw huge sections of the 107, 609 crowd spill on to the pitch in pursuit of the Celtic players… or more accurately, rioting by the Rangers fans. The question on the media’s lips: ‘why did the Celtic team do a lap of honour?’ 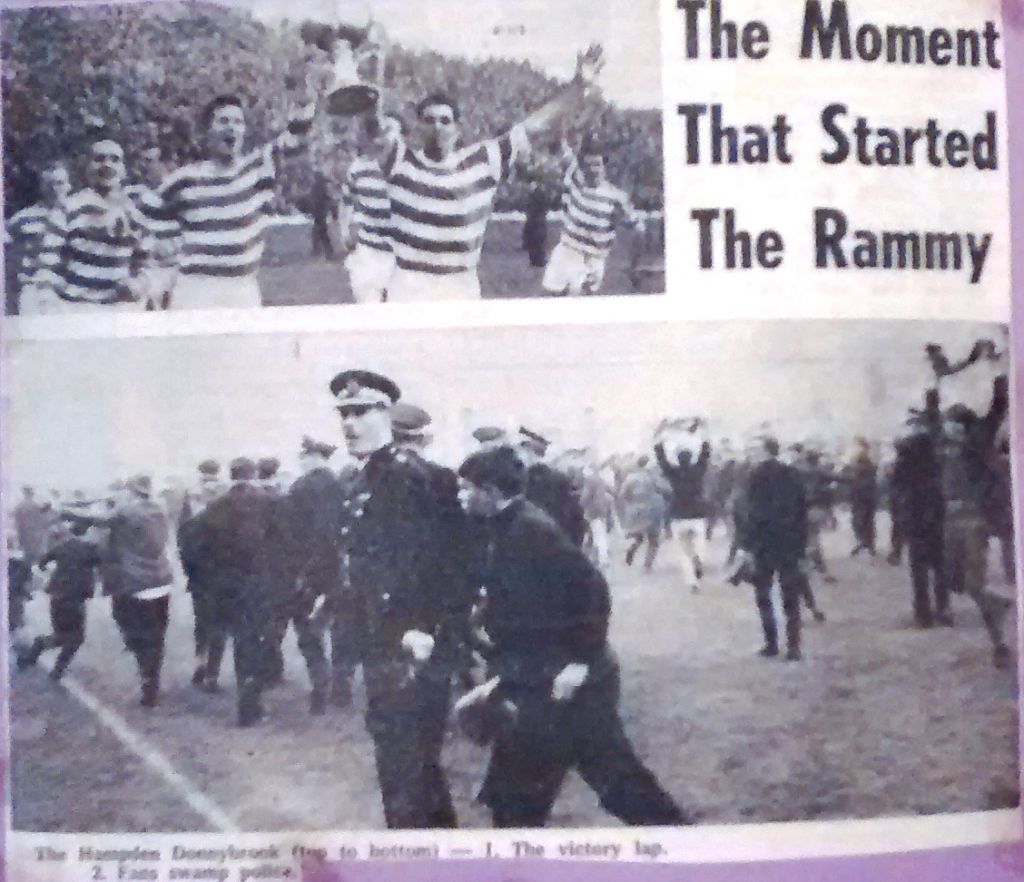