You are at:Home»Latest»Photo: Paul the Stag is ‘Sorted for Saturday’

WITH THE NEWS that Ross County will play host to 300 supporters at the weekend, Celtic fans are rightfully wondering when they will get the chance to see the team in action.

One man that many would assume is checking transport links to Dingwall for the weekend is Paul the Stag. The Ross County super-fan posted a photograph of himself in the Staggies home jersey as he looks forward to the game on Saturday. 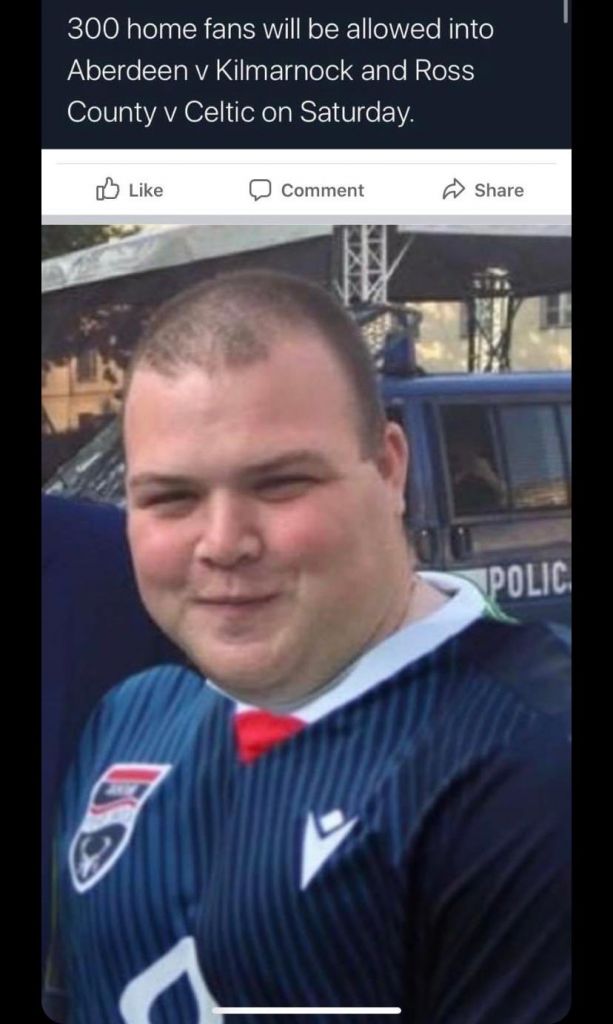 Paul has a cousin (who looks quite like the Ross County super-fan) who supports Celtic and he cunningly gained entry to one of Celtic’s pre-season matches in France dressed as an onion seller. Just like on Saturday, those friendlies in Lyon were only open to a limited number of home supporters.

Celtic supporters like you, me and Paul the Stag’s Celtic supporting cousin – also called Paul – will be looking forward to the day that Paradise will welcome supporters back. Incredibly it has been six months since any of us has been to a Celtic game at Paradise.