You are at:Home»Latest»Photo: Rogic shares bromance pic with Kyogo

Tom Rogic shared a pic of him and Kyogo Furuhashi leaving the field of play yesterday. The pair faced each other in the World Cup Qualifiers but despite Japan winning, Rogic shared their blossoming bromance to Instagram. 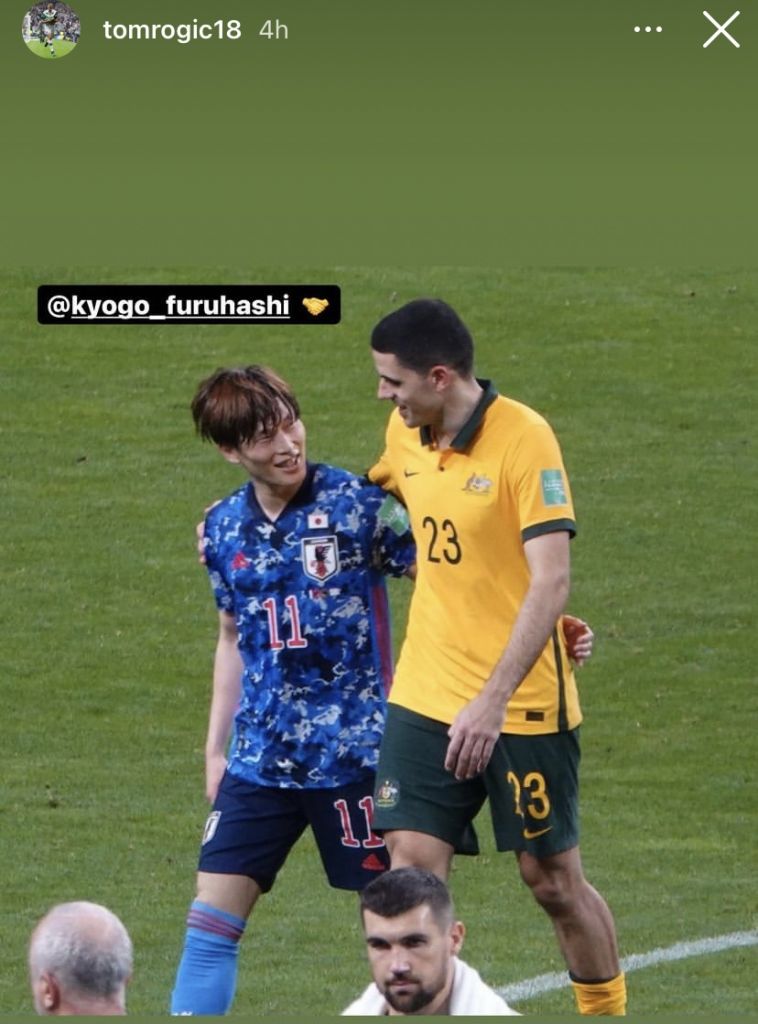 Kyogo was involved in the winner as he forced a mistake from the Australia defender. The Celtic striker came on for Y Osako around the hour mark and was involved with the 85th-minute winner as Aziz Behich couldn’t clear a net bound effort under pressure from Kyogo.

Kyogo’s Celtic colleague Rogic played 80 minutes before being subbed as Australia looked to consolidate their point towards progression. Rogic was replaced by James Jeggo and was forced to watch from the sidelines as the home side secured a win with just five minutes remaining.

Previous ArticleSunday’s showdown between title rivals can only help Celtic, if we beat Spartans
Next Article Opinion: Patience required for Celtic’s James McCarthy