You are at:Home»Latest»Photo: Superstar striker arrives at Paradise

ZLATAN Ibrahimovic and his AC Milan teammates arrived in Glasgow this evening and they took in their surroundings with a trip to Celtic Park. The Swedish superstar has played for Barcelona, Inter Milan, PSG and AC Milan but is still the second best player to ever come out of Sweden, second to the King – Henrik.

The Serie A leaders are unbeaten in twenty games heading into the match with Celtic with Zlatan scoring twice in the 2-1 derby win over Inter. 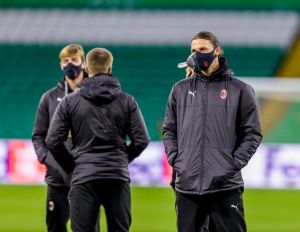 Despite his age, he still has the ability to really hurt teams and as the second best Swedish footballer ever, he is definitely going to be a threat on Thursday night. 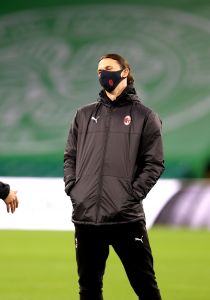 Thursday would have seen a full house as two of Europe’s biggest names compete. However, Coronavirus has meant that supporters need to settle for watching games on TV for now.

Previous Article“We weren’t very good on Saturday,” Neil Lennon added “and that’s on me”
Next Article Lennon hits back at ‘embarrassing’ claims from rival coach