There has been radio silence from Celtic Park in recent weeks. John Kennedy was wheeled out to do press conferences, Neil Lennon’s vote of support was leaked through the press and Gavin Strachan briefly spoke to the media about the Dubai saga when he took charge of the team last night.

There’s not been any interviews or face on display from the hierarchy. Just as there wasn’t during the protests by fans outside the stadium a few weeks ago.

Banners have been a constant feature outside the stadium and tonight there is a new addition: “You can’t hide forever.” 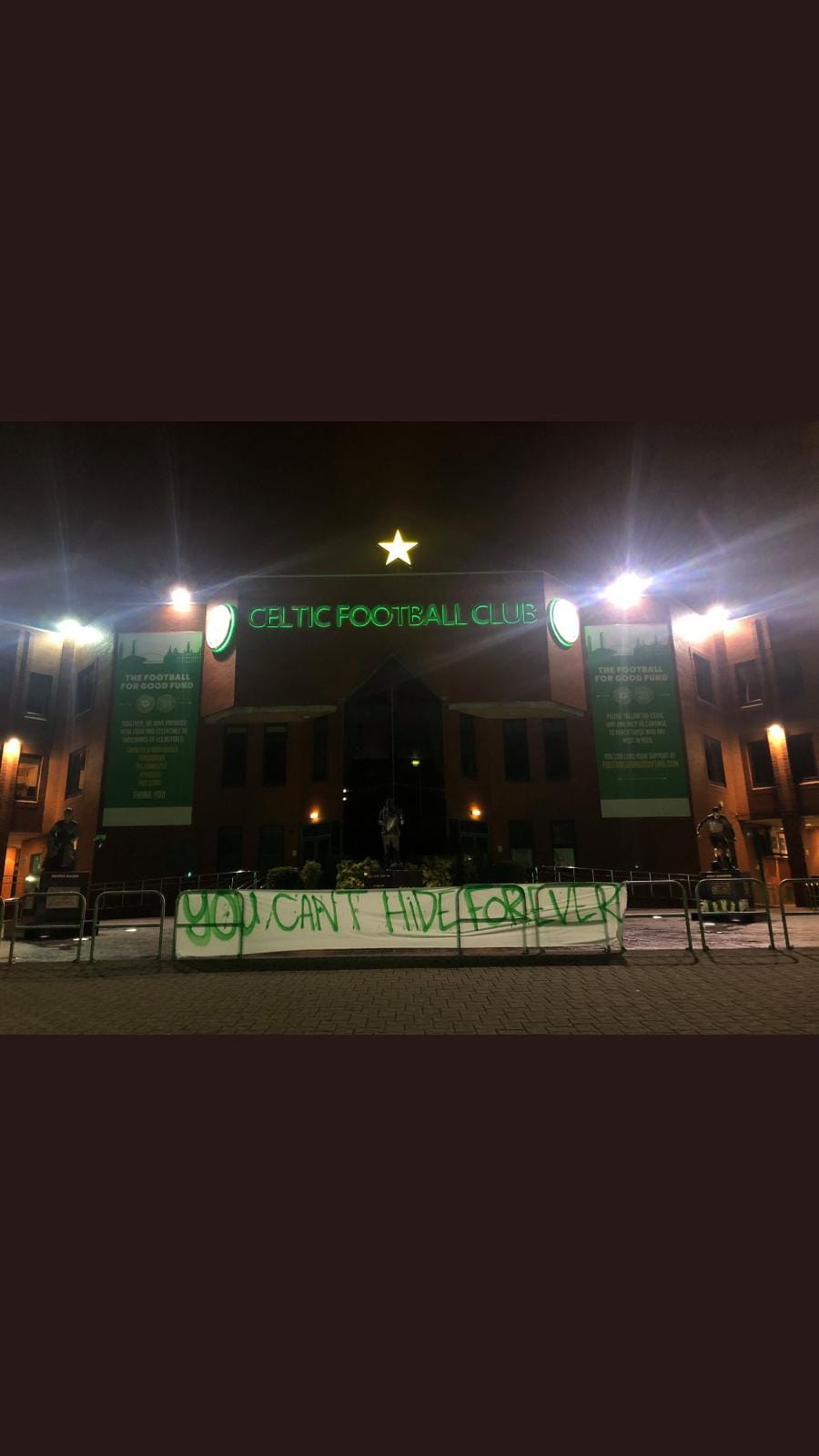 Celtic fans place a banner outside Celtic Park this evening as the club’s hierarchy stay hidden from the cameras.

Previous ArticleOn This Day – Celtic beat Stirling Albion, win at Rugby Park and Cup Winners Cup Quarter Finals
Next Article Howe Celtic can bounce back strongly from this Shambles of a Season