You are at:Home»Latest»Photos: Behind the scenes as Strachan signs for Celtic

YESTERDAY it was confirmed that Gavin Strachan had joined Celtic as first team coach, replacing the outgoing Damien Duff. Strachan swaps the Assistant manager role at Peterborough for a role with Neil Lennon and John Kennedy as first team coach. Strachan is delighted with the appointment and is excited for the season ahead as the club chase further footballing success.

Palm Sports Management’s Kevin Sharp shared two behind the scenes snaps of Strachan signing for the Scottish Champions. As the son of Gordon and former colleague of Darren Ferguson, Strachan will know just how important following on from a successful father is. Strachan was in Glasgow signing the relevant paperwork as he begins to prepare for his role as Celtic first team coach. 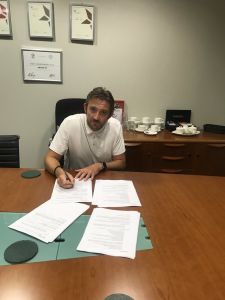 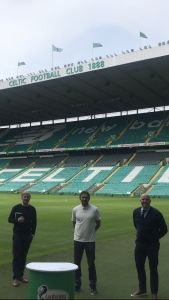 Previous Article‘Everyone was buzzing to get back to training’, James Forrest gives training insight
Next Article Report claims Celtic offered Gordon ’80 per cent less’ to remain with Scottish Champions