You are at:Home»Latest»Photos: Celtic’s Japanese Stars like you’ve never seen before

Photos have appeared online of some of Celtic’s Japanese stars when they were younger, growing up back home in Asia. Daizen Maeda, Kyogo Furuhashi and Reo Hatate have all been posted on Twitter by a Japanese football fan. The pictures are a lovely collage of various stages of their lives’ up until they are adults.

The three have had an incredible journey from playing in the J-League and eventually playing for Japan. Their arrival at Celtic Park since Ange Postecoglou took over the Parkhead hot seat has saw major success return to Glasgow’s East End and hopefully it continues long into the future. 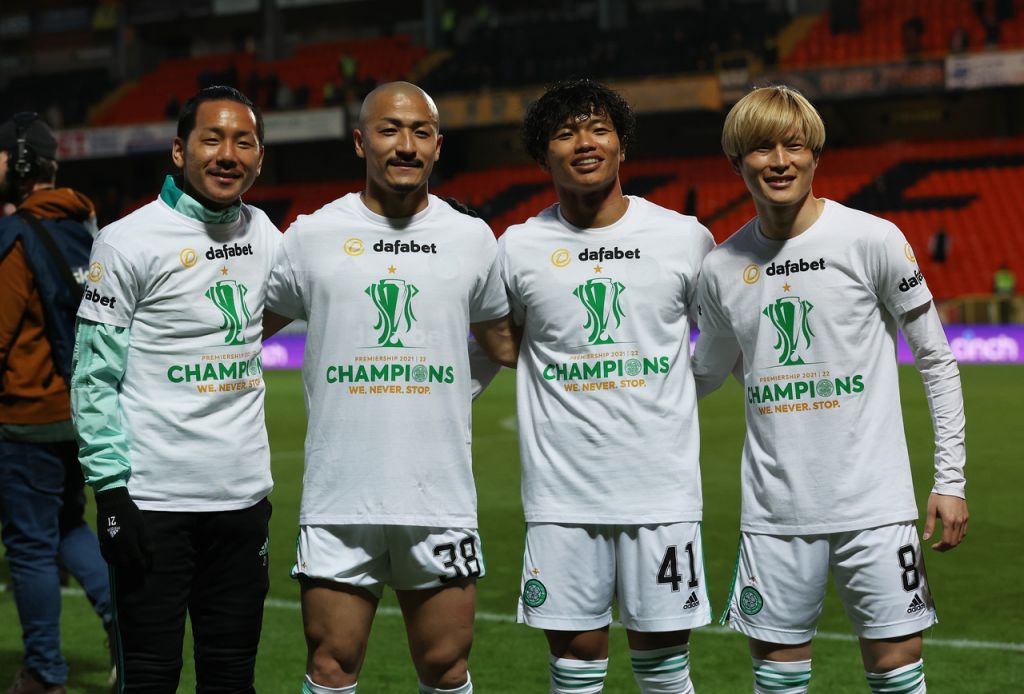 It’s great to have a little window into some of our player’s past and witness the people they have become since being kids. Sometimes the journey is long and hard but with commitment and sacrifice they have managed to become a professional footballer, playing for a top European club in Celtic.

Have a look at these amazing moments in time captured on camera:

Video: Former Celtic Manager asked for autograph while on the lavvy
Greek Source SDNA – ‘Giakoumakis agreed with Atlanta, Celtic’s “ok” remains’
Hibs reject £1m bid from Championship side for reported Celtic target
Previous ArticleWillie Maley patted Sunny Jim Young on the back and said, “your day will come”
Next Article “Heavily relying on a collapse from Celtic that doesn’t look like happening”