You are at:Home»Latest»Pierrer-Doumbe, the most unlikely of Celtic’s Scottish Cup Final heroes

JEAN-JOËL PIERRER-DOUMBE, won his place in Celtic’s history due to one kick go the ball at Hampden in May 2007.

The Frenchman’s effort against current Celtic goalkeeper Dorus De Vries in the Dunfermline goal found the back of the net and it was enough to win the Scottish Cup for Gordon Strachan and complete the double.

The right back was signed in January 2007 initially on loan from Rennes in a bid to ease the defensive injuries that were mounting for Strachan’s Celtic side. You’d be right in thinking that Doumbe’s contribution to Celtic in that season was fairly limited as he made just 5 appearances and scoring that one single goal. 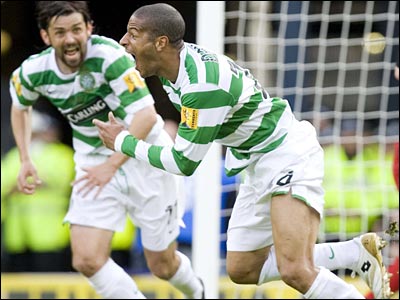 The goal Pierrer-Doumbe scored was of course the highlight of his short stint as a Celtic player. In the team after an injury to Mark Wilson, Pierre-Doumbe took the attack to Dunfermline in the latter stages of the Scottish Cup Final and won the trophy for the Celts.

The Frenchman was integral to the build up in play, exchanges with Nakamura and Craig Beattie before the right back slid in to divert the ball away from a blameless Dorus De Vries into the net. 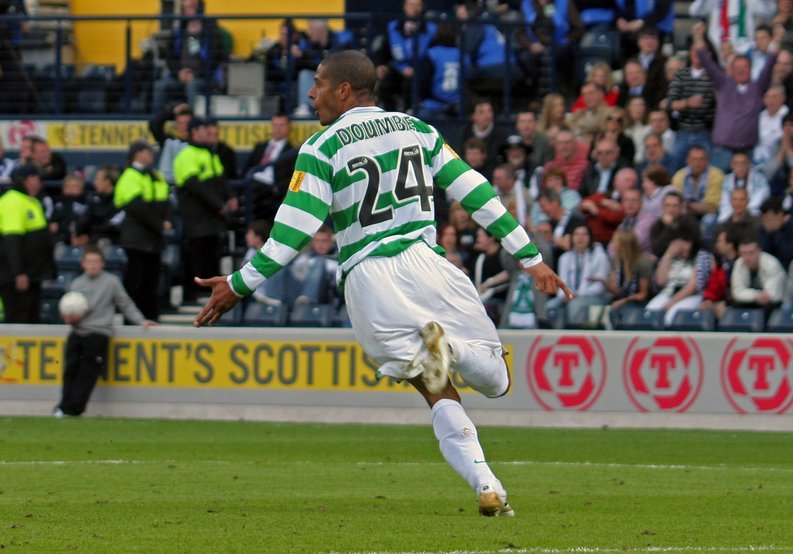 Sadly for Pierrer-Doumbe, his second season didn’t amount to very much at all. He tore his Achilles’ tendon in a Champions League match against AC Milan which kept the right back out until he left the club in 2009.

Pierrer-Doumbe departed quietly on a free transfer and returned to France, signing for Toulouse. After two seasons with the Ligue 1 side, the defender decided that injuries were too much for him and he decided to retire in 2011.

The greatest moment on the career showreel of Pierrer-Doumbe will remain that moment at Hampden Park where the French defender’s only goal was the winner in the Scottish Cup Final.

Pierrer-Doumbe wasn’t even the headline maker after the Cup Final win. Neil Lennon was substituted as Celtic looked for a winner and didn’t look too happy! This was his last game for the Hoops and he was all smiles afterwards as he collected the trophy to bring down the curtain on an outstanding career at Celtic.

The smiles were as a result of Pierrer-Doumbe, Celtic’s most unlikeliest of Scottish Cup Final heroes.

It that was a low key cup final winning goal then the one scored in May 2017 by Tom Rogic was anything but. More on that Scottish Cup winning goal later this evening on The Celtic Star. 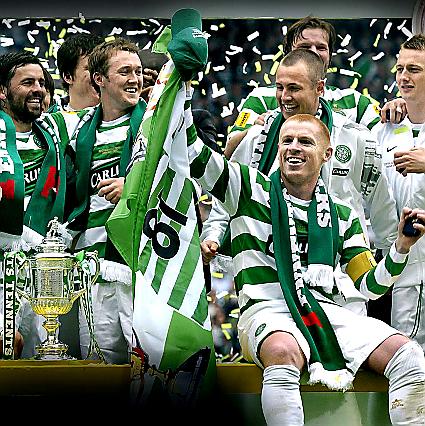 Previous ArticleCeltic be warned! Cup ties against Morton include the occasion banana skin
Next Article Larsson didn’t net Celtic’s goal of this century in the 6-2 game, Tom Rogic scored it last May