You are at:Home»Latest»Poker Update – Pistol missed the match, ‘No Chance’ of Odsonne sale, Taylor in Time for Sunday?

IGNORE stories linking Odsonne Edouard with a big money move to the continent because he’s just too valuable to the Celtic team to be going anywhere. So says the Celtic manager Neil Lennon as he prepares for a frantic end of the transfer business before the window closes on Monday afternoon.

Before that he’s got to get his players in today for some light training and recovery ahead their impressive showing in Stockholm last night that secured Celtic presence in the Europa League Draw at lunchtime today – find out who we can get HERE.

One or two will be on the treatment table, Edouard is one but the biggest problem from last night was Kris Ajer who limped off in the early stages and is probably unlikely to feature at Ibrox. That’s a huge blow.

Edouard has really developed into a fine striker, indeed comparisons with him and Moussa Dembele are now bing made with many coming to the conclusion that the current Celtic striker is actually better than the one we sold to Lyon for £20million last August, just as the window was closing. 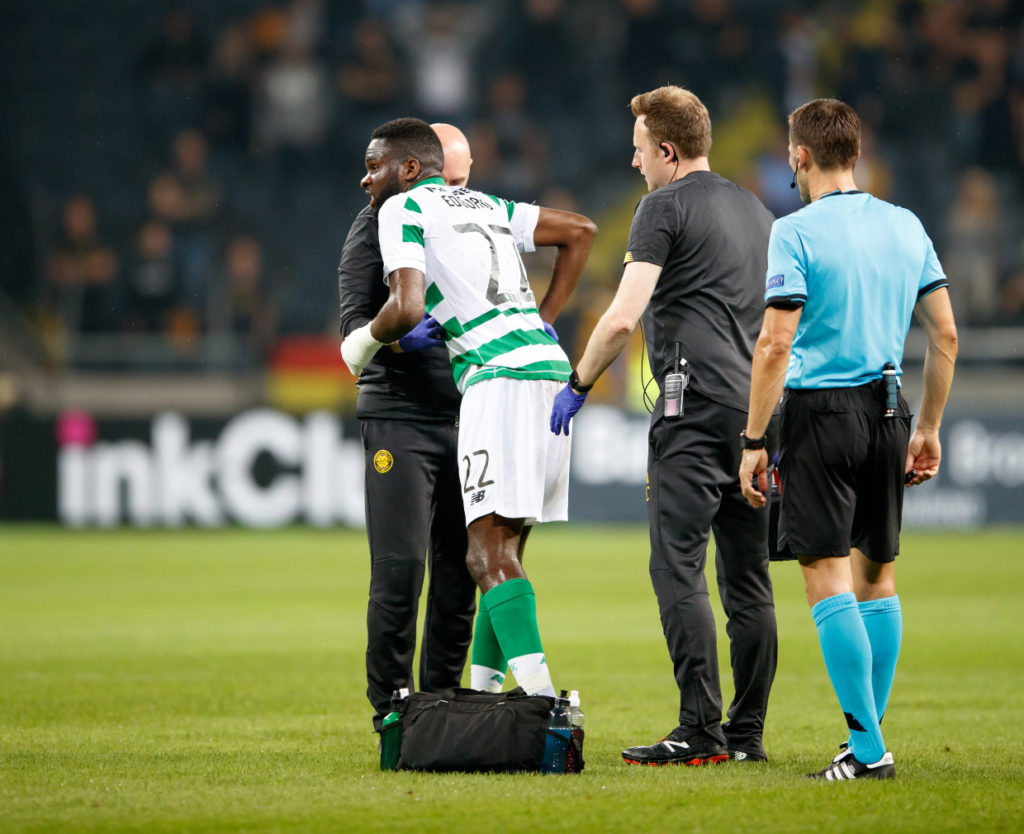 Odsonne will be fine for Ibrox – just some cramp last night

Odsonne really is that good. Amid stories of interest from Italy, Neil Lennon categorically stated that there’s no chance that Edouard will be sold.

“We don’t want him to go, you can see we have the makings of a very good team and it’s important to keep your kingpins and he is certainly one of them.

“I think there is more to come from this team. Absolutely we can get out of the group. It’s such a big ask because that was our eighth game this month and we’ve had to chop and change the back four at times.

“There has been a few injuries along the way and we’re still only in the first month of the season.

“But we are showing some spectacular form, scoring and look a threat in every game. Defensively we are looking a little bit more solid as well,” Lenny told the media at the Friends Arena in Stockholm, before heading to the airport for the flight home.

Peter Lawwell did not travel to Stockholm for last night’s 4-1 win, presumably with the work continuing as Celtic look to add quality players to the squad and also move on some of the remaining fringe players in the squad who aren’t in the manager’s plans. That would include the likes of Calvin Miller, Jack Hendry and quite remarkably Scotty Sinclair.

Pistol Pete also had an eye on his poker table battle with Big Billy and that particular summer epic is about to come to a conclusion, with Greg Taylor no doubt desperate for the two to finally agree on the outcome.

Could Greg Taylor be signed in time to feature on Sunday?

Lenny got on the plane to Glasgow last night crossing his fingers that his targets will be delivered.

“Possibly, possibly. I couldn’t tell you. I will have to speak with the big man (Pistol Pete) after here and I’m sure he’ll be delighted with everything so far.”

And as we told you yesterday Celtic are NOT interested in signing the Cluj forward Billel Omrani, after a click bait Romanian site made the claim yesterday and it was quickly published on various Celtic outlets (not here).

“Again, we are looking at a lot of players, but not to my knowledge,” Lenny confirmed.

Trouble in Stockholm – ‘Clear many Hammarby fans were in the Celtic sections,’ Celtic spokesperson…see HERE. 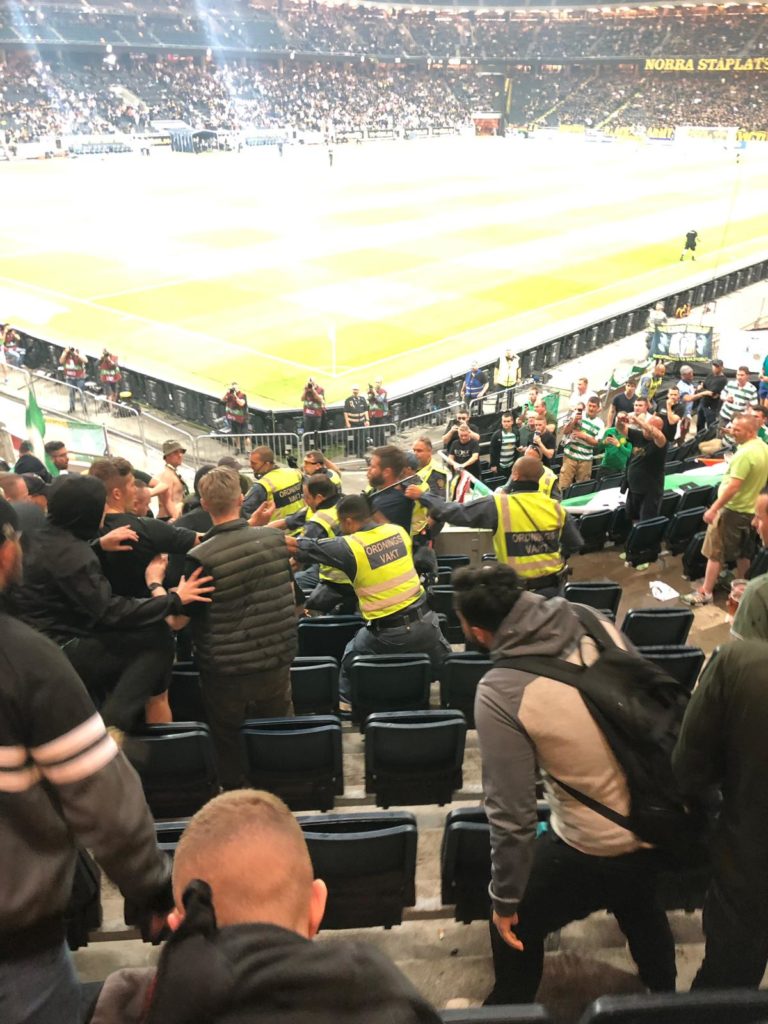 Previous ArticleTrouble in Stockholm – ‘Clear many Hammarby fans were in the Celtic sections,’ Celtic spokesperson
Next Article UEFA hit the Rangers with new punishment for Racist and Sectarian songs