HIBS BOSS Paul Heckingbottom took aim at Kevin Clancy for his part in Hibs scrapping a draw against table-topping Celtic in today’s game.

Speaking to Clyde One Superscore Board, the Yorkshireman pointed the finger at the whistleblower for the confusion in the Hibs camp which led to an excellent equaliser by Ryan Christie.

“The referee plays on and then the fourth official gets involved and gives a free kick.

“Some players think it’s a drop ball and they’re getting the ball back and others understand it’s a free kick.

“It was a shambles and a farce that piece of play”. 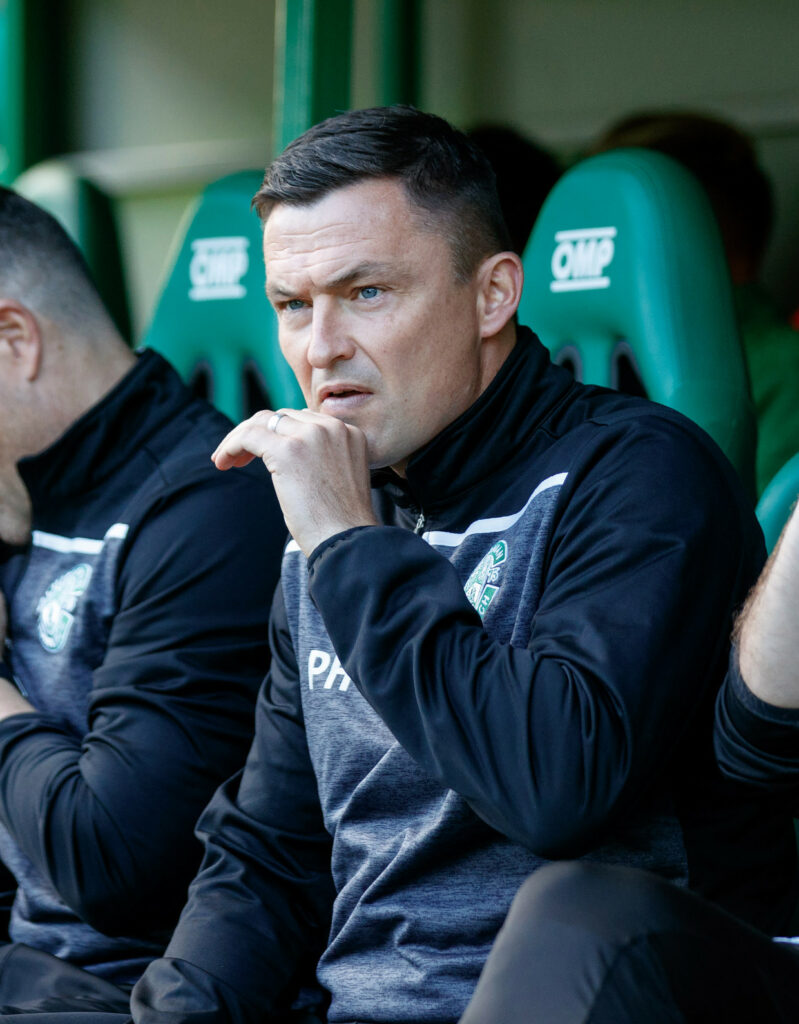 Ironically, Heckingbottom didn’t want to discuss the two blatant penalties that Celtic were denied in the second half.

He did, however, question why Olivier Ntcham remained on the field after an altercation with Hibs’ Vela.

“He should’ve been sent off three times for the three punches.

“There’s a couple of arms thrown and he can claim he didn’t see but he’s stood in between the two players when the third one comes in on the end of his chin”.

Here he is talking to the BBC…

Neil Lennon gave his own thoughts on the penalty incidents and was right to be confused, due to the proximity of the linesman and Clancy to the incidents.

“They are two penalties so they could have at least given us one”.

Some supporter comments to this post match interview with Neil Lennon below:

“Should’ve had 3 points with the chances we created but fair play to Hibs, they deserved the point if we don’t count the stonewall penalties. We could’ve had a red card as well. Still undefeated.”

“Poor officials and 2 points dropped because they were not up to speed with the rules of the game. A good honest assessment of the game from Mr Lennon.”

“Blame the players if you want, referee was the problem.”

“We weren’t at our best today but we should have still won that game because Hibs were terrible and have been all season. But yet again two huge decisions have gone against us, just like the clear handball against Kilmarnock. Edouard was clearly onside in one of the break aways but he was ruled off wrongly, even the BT commentary team said it was a poor from the linesman.” 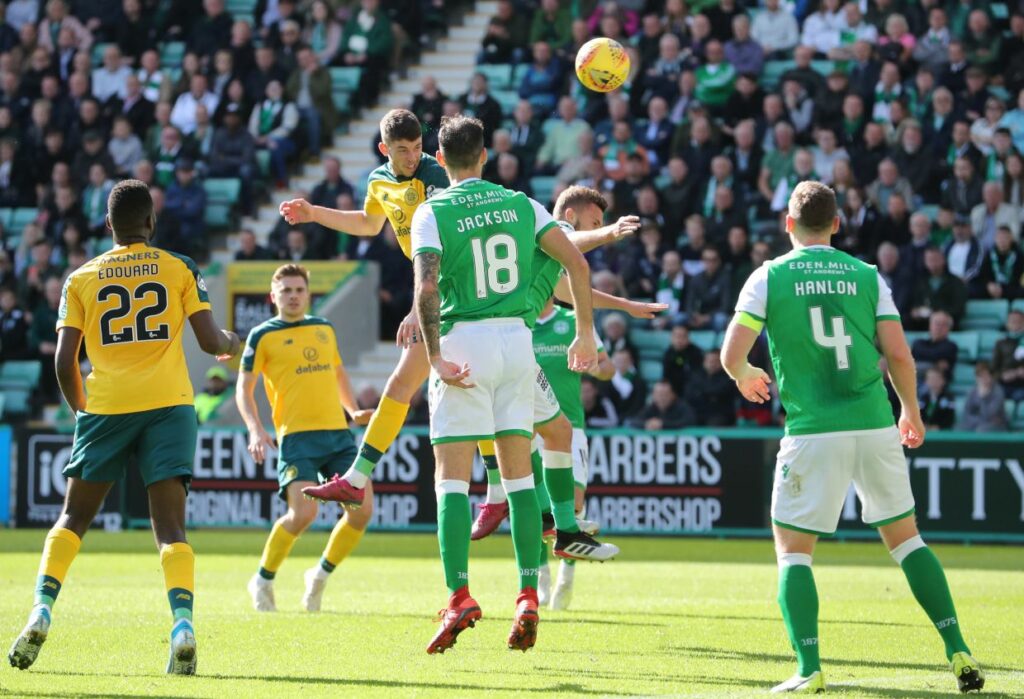 “We had enough good scoring chances from open play to win the game.”

“I’m blaming the players for this one. They were pedestrian in the first half. The Boss rested them in midweek and upon their return they repaid him by strolling about as if was end of season/nothing to play for. Fading in and out of the game. Some were non existent, some hiding and some didn’t want the ball. Rarely chased down until the last half hour except when the Boss was gesturing from the sideline (he shouldn’t have to). Poor show. We’re better than that. We cant afford to rely on referee decisions. Wake up call against a Hibs side who offered nothing. C’mon Bhoys use this draw as motivation moving forward.”

“He doesn’t know what the problem is with match officials in Scotland? The dogs in the street know what their problem is. That aside, Celtic were lamentable. Giving away possession far too often.”

“Very poor officiating which definitely affected the outcome of the game but in saying that Celtic as a team didn’t exhibit the gap in class between the two teams and fair play to Hibs for getting stuck in and going for goals, lacklustre performance at best with the exception of Christie’s brilliant goal, would have been a good game to let Sinclair loose.”

“Not Lennon who is at fault. Blame the poor refereeing. Two stonewall penalties.”