You are at:Home»Latest»Postecoglou Hits Back at “Glass Half Empty” Hacks – “There’s Nothing I’m Disappointed in Tonight”

Forewarned is forearmed and Ange Postecoglou got another chance to find out for himself what it’s like managing Celtic with our ‘friends’ in the mainstream Media asking the questions. Last night Celtic drew a match that we should have won against FC Midtjylland. Bitton’s stupidity and Barkas’ usual weaknesses added to a series of mistakes from the officials – 1. the cheat was clearly well offside, so the play should have been brought back for that. 2. Welsh clearly won the ball for the free-kick they scored from, although nothing can excuse that Barkas howler. That apart it was a fine Celtic performance and crucially we look a better team that Midtjylland. 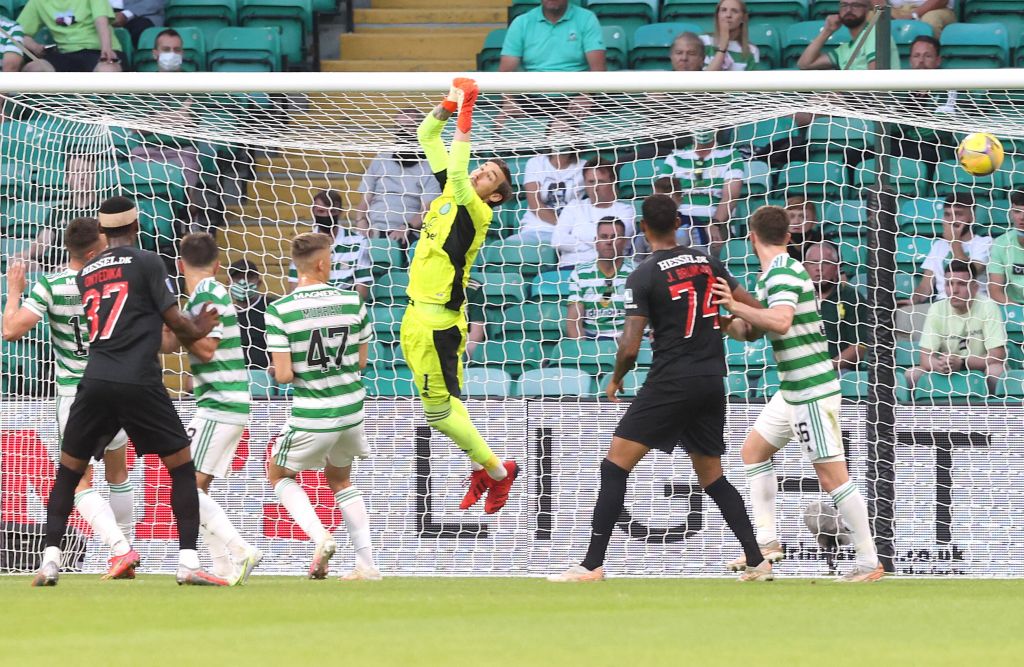 But other than that Celtic looked a decent side with a performance better than anything we endured last season. Given Ange has just over a week to continue to work with his players, and the crucial scrapping of the away goals rule, Celtic, as stated above  look a better side than Midtjylland and can finish the job next midweek.

“We will be better prepared no doubt, in eight days’ time,” Postecoglou told the Mainstream Media as reported by The Herald, and you will note there was no post-match representation from the Celtic Fan Media. We’ve asked the club for an explanation on why the fan media was excluded from the media conferences ahead of the Champions League qualifier but have yet to receive a response. 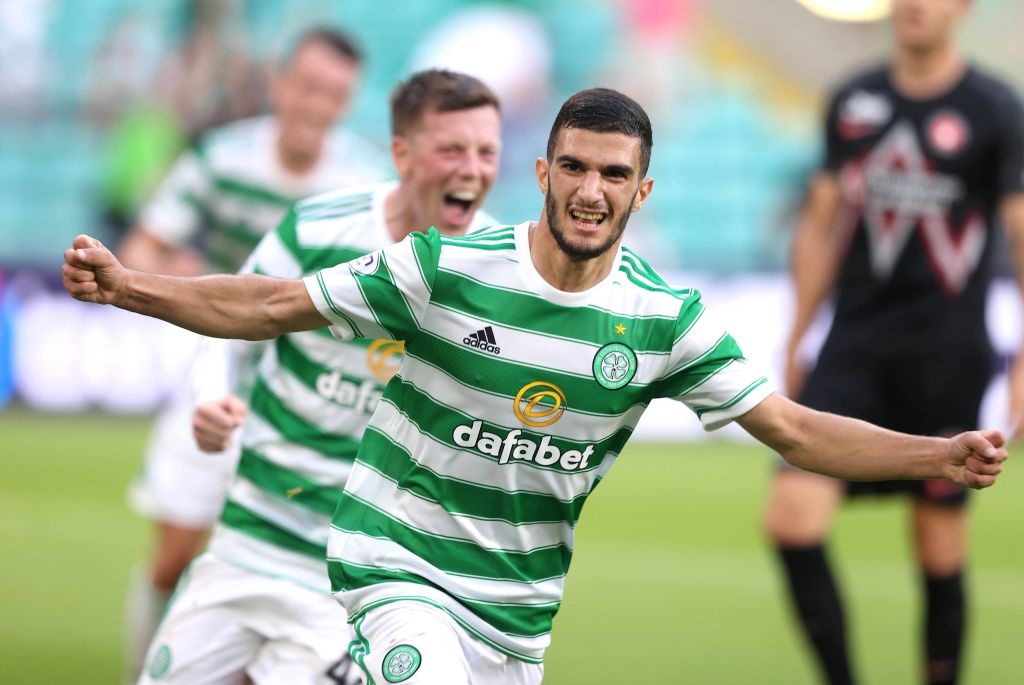 “In fact I don’t think we will ever be as badly prepared as we were tonight and that’s on me, going into such an important game.We have eight more days I feel confident that the preparation and the spirit we have, we will put in a good performance,” Ange stated.

“It is on me. I’m the manager of the football club. I’m the one that takes that responsibility of providing support for the players and staff. If things aren’t happening it’s on me to make them happen.

“I haven’t done a great job so far to be honest, because with the disruptions we’ve had, we haven’t been able to bring the players in. My role is to try and reinforce this squad and to try to prepare this squad for what is ahead, and to their credit, the players didn’t look for excuses tonight.

“They put in a solid shift, and I’m just disappointed they didn’t get the rewards for what I thought was an outstanding performance.” 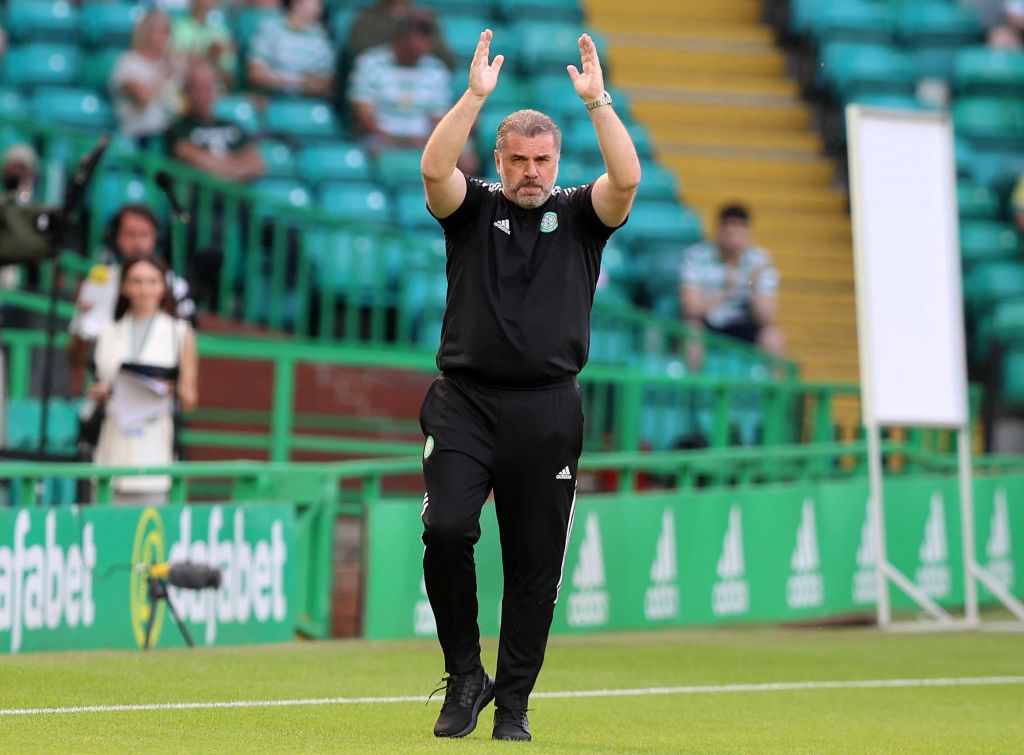 Postecoglou is shifting the blame from the two ‘villains’ in his side last night, Nir Bitton and Bitton and Vasilis Barkas, and perhaps also the real villains – those who sat in the Celtic boardroom for over a hundred days waiting on Eddie Howe, who incidentally did us a massive favour eventually rejecting the job as it opened the door for Ange – and that’s a real positive that emerged from the mess that was created last season.

“Nir had already been booked and when you’ve been booked you have to be careful in your actions,” Ange noted. “When you infringe again, you give the opportunity to the referee to give you another caution. It’s disappointing for him more than anything, because he was really keen to put in a strong performance.

“He had started the game really well for us, so it’s disappointing for him that he misses the second game as well,” the Celtic manager said, before turning his attention to the less than friendly questions firing in his direction. You were warned Ange, you were warned. 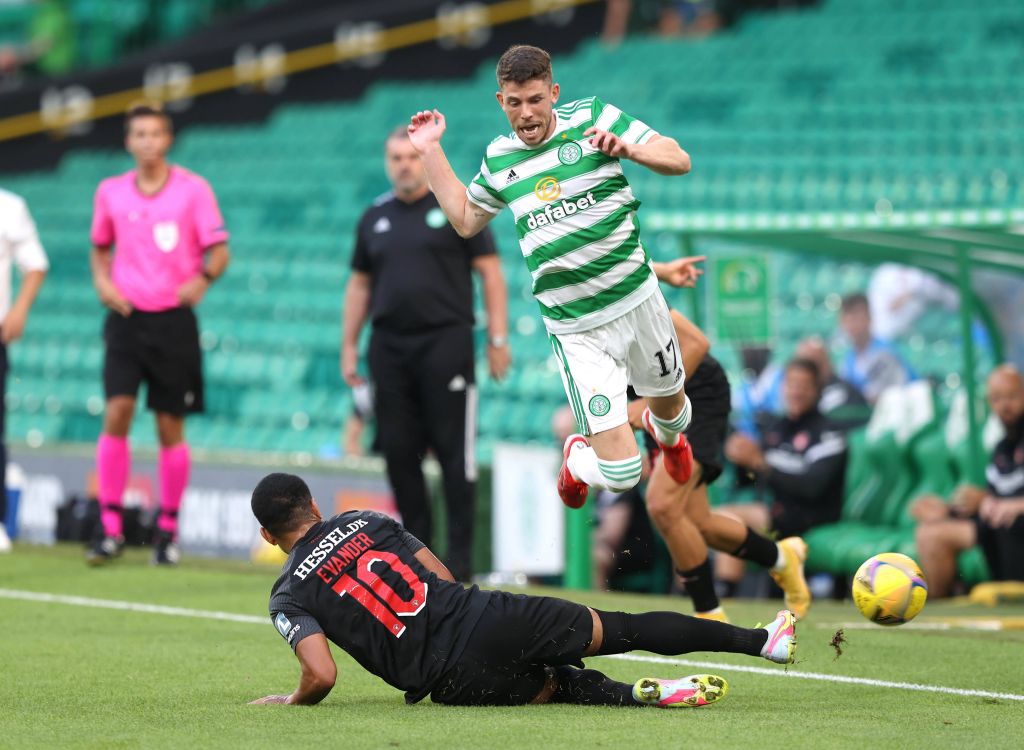 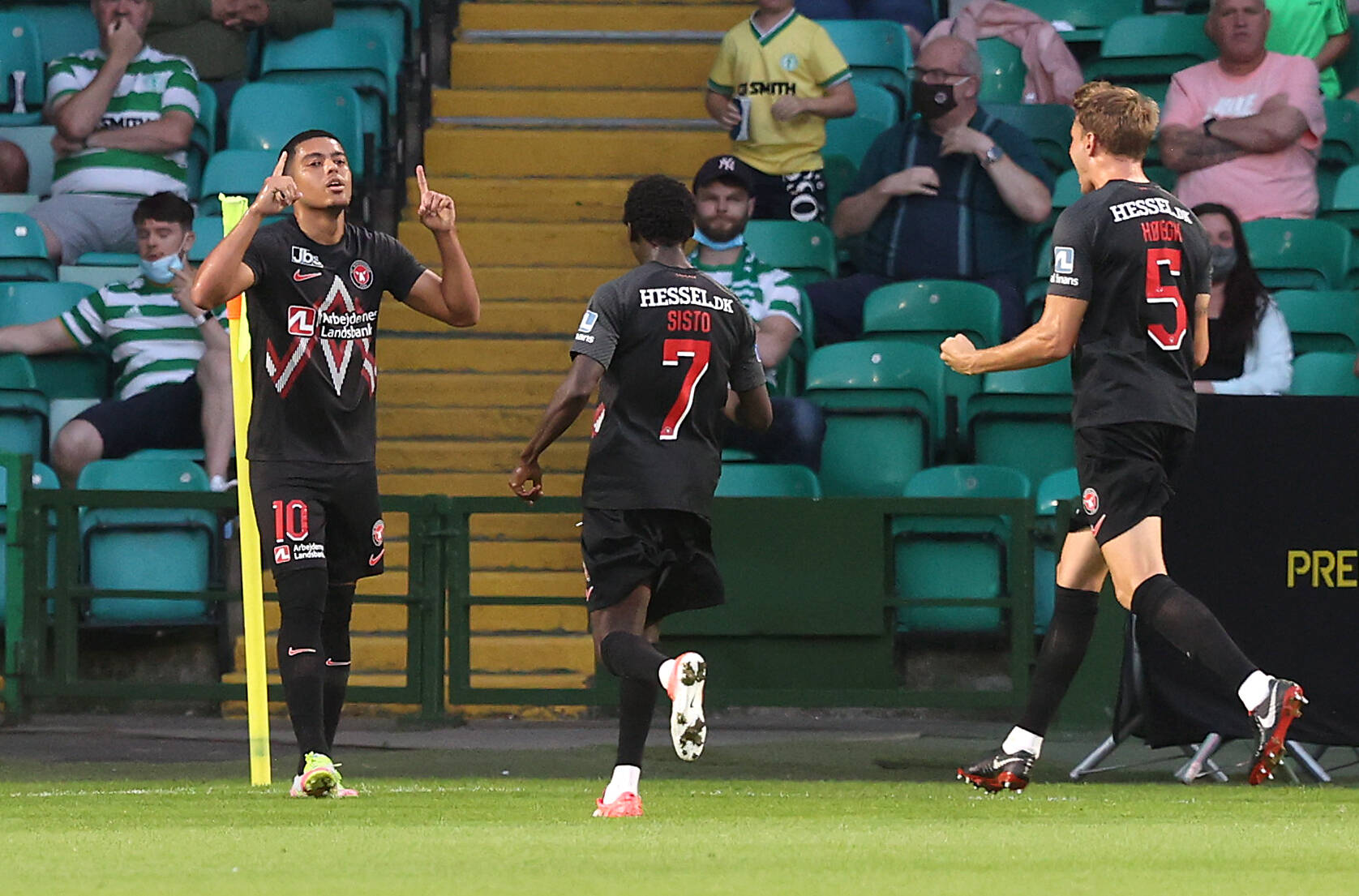 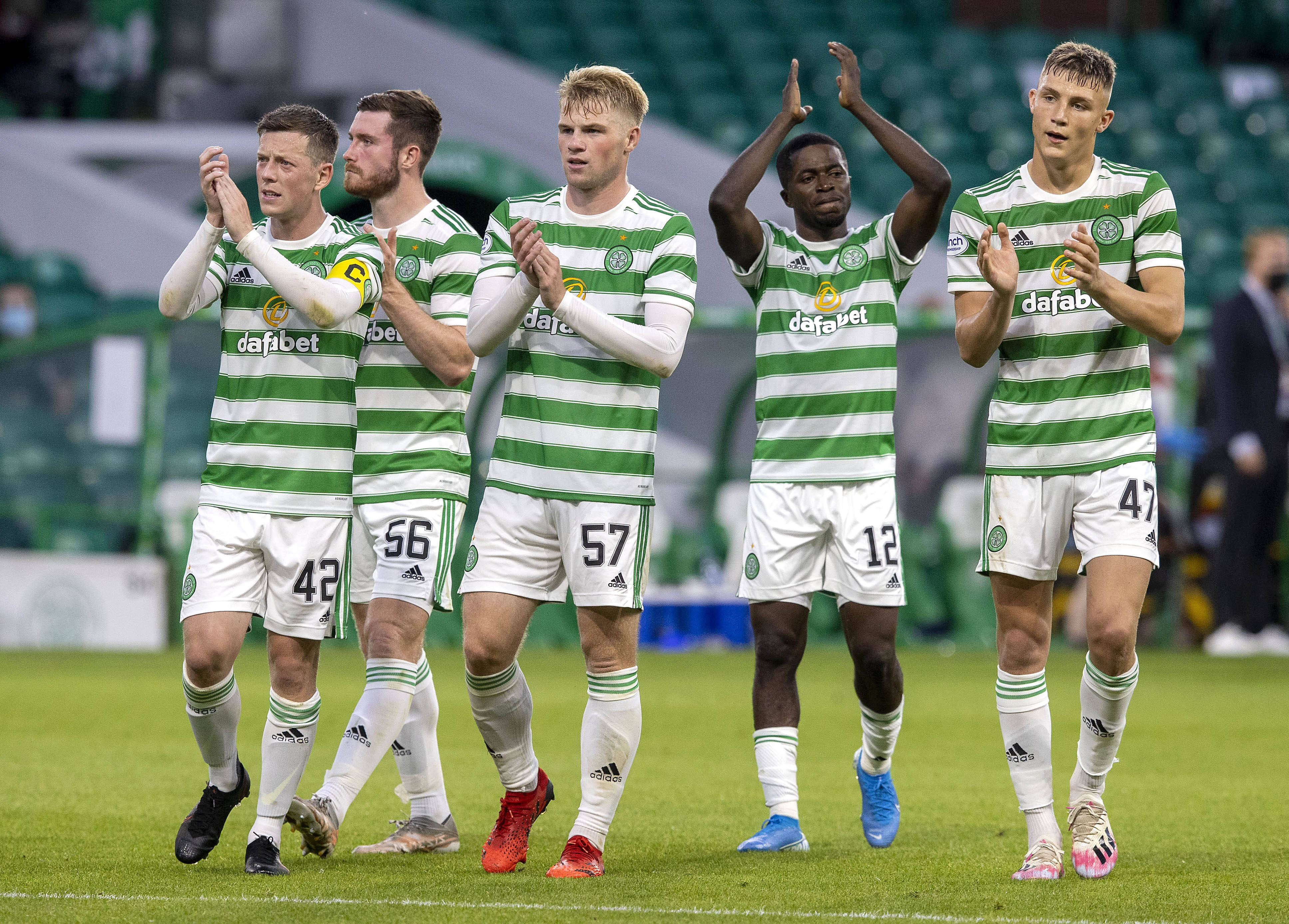 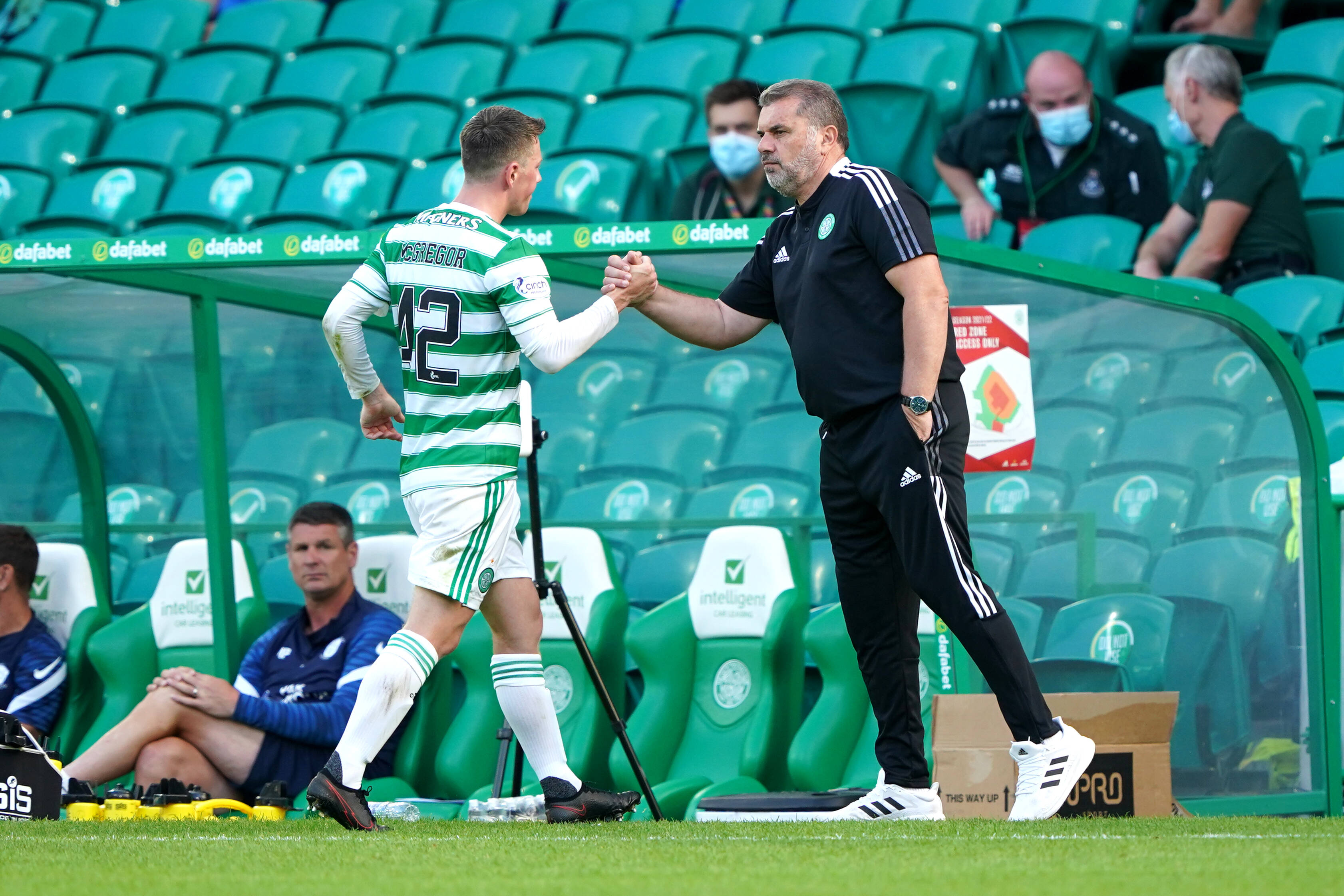 “I’m getting a lot of glass half empty questions at the moment. I think there was plenty of positives tonight rather than people looking for little things that potentially didn’t go right.

“I thought it was a decent strike (their goal), we limited them to a couple of shots on goal with a really brand new back four. The midfield worked their socks off. The amount of running that Soro and Cal and Ryan Christie did was unbelievable.

“There’s nothing I’m disappointed in tonight. I’m frustrated at the result because the players didn’t get the result I thought they deserved.”