You are at:Home»Latest»Postecoglou’s Perfect Response to BBC Scotland’s ‘Icing on the Cake’ Question

Ange Postecoglou returned to his theme of calling out the disrespectful mainstream media for the condescending nature of their questions to the Celtic manager since taking over the job. Of course Ange is well aware that they are not his friends and yesterday’s response on BBC Scotland was just delicious, rounding off was was a pretty perfect afternoon for the Hoops.

In his post-match interview with BBC Sportsound Ange was asked f the the result at Ibrox – theRangers 1 Hearts 1 – was ‘the icing on the cake’ for him after his side’s 2-0 win over Motherwell. 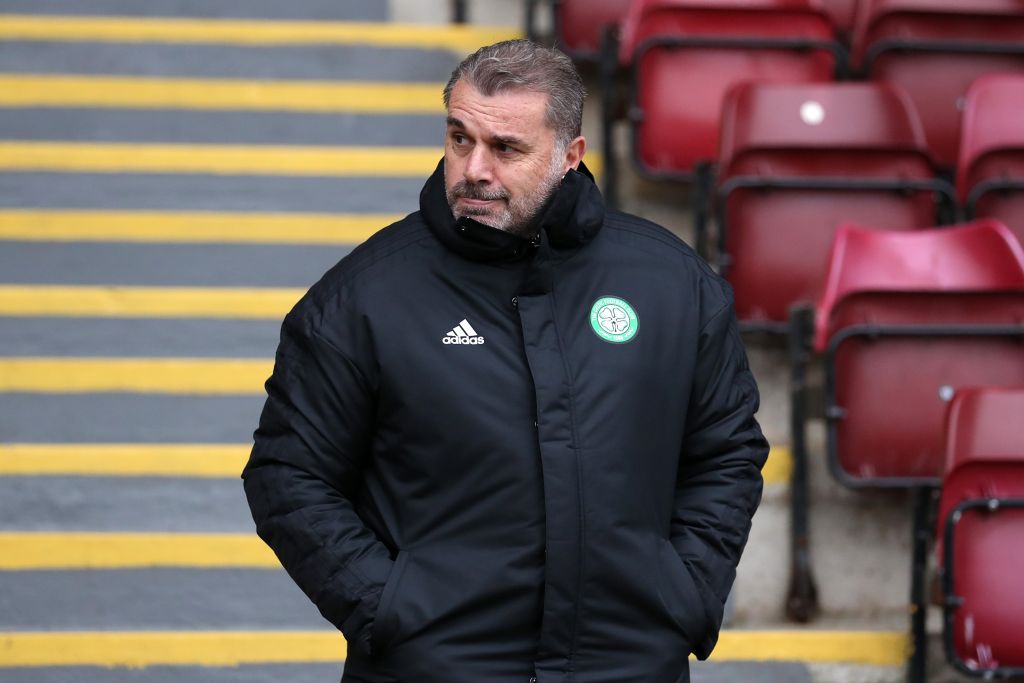 Ange Postecoglou, Manager of Celtic arrives at the stadium prior to the match between Motherwell and Celtic at Fir Park on October 16, 2021. (Photo by Ian MacNicol/Getty Images)

🗣 “I thought the Premiership race was over…” 👀

Ange Postecoglou is only looking at Celtic after their win over Motherwell saw them move to within 4 points of leaders Rangers. pic.twitter.com/8AnC2GK27L

“Well, I thought the Premiership race was over, mate, so I’m not looking at the table any more,”  the Celtic manager  replied.  “We are just kind of doing out own thing and it’s of zero significance for us.

“I think what is more important to us is that we get some belief out of today. It’s one thing to get a victory here, but to control the game like we did today should give the boys some real belief.

“There are some big games starting on Tuesday, so I think that’s the main thing for us. We will just keep doing our own thing and see where we end up.

“For us, and me, in particular, the turning point is we’re just more settled now. As you saw, we were able to put on three players (Giorgos Giakoumakis, Nir Bitton and Mikey Johnston) who can make an impact in the game.

“We’ve still got players who are outside the squad who can make an impact. We’ve got some big tasks ahead of us, starting against Ferencvaros on Tuesday. But for us, it’s just a lot more settled and I think the players and myself are more comfortable with things.”

Ange was also asked about the Celtic support, who sang their hearts out all afternoon and erupted in celebration near the end, signalling to the Celtic bench that something significant and desirable had occurred elsewhere!

“They’ve been fantastic towards me from the start and I’m pleased we can send them home happy like we did at Pittodrie. We disappointed them at Livingston and we don’t want to be that kind of team. They’ve been right behind us from the start and they understand the difficult position we’ve been in and what we’re trying to build.”

David Turnbull struck a glorious goal on his first appearance back at Fir Park for Celtic as the visitors beat Motherwell 2-0 🤝 pic.twitter.com/34JzlKKx99

Previous Article“Yesterday was a good day. Our goals were first rate and results elsewhere help Celtic,” David Potter
Next Article Your Sunday Viewing – Attention turns to Fran Alonso’s Celtic side, then Glasgow City v the Rangers