You are at:Home»Latest»Premier League cult hero explains why his Celtic stint failed

Premier League cult hero Carlton Cole has spoken out about why his time at Celtic failed. The former West Ham striker joined as Ronny Deila bolstered his options in attack during his second season as manager.

The Englishman enjoys hero status at West Ham Utd and briefly spent six months under Deila back in the 2015/16 season. However, he told The National that his time with the Scottish Champions was ‘disorganised’ as he struggled to adapt to Deila’s system.

“So we had a bit of a disagreement and that didn’t bode well. He didn’t want to play me as much.

“He was saying I wasn’t fit enough. How am I supposed to get fit If I don’t play matches?

“I played about five reserve games and he still thought I wasn’t fit. Reserve games are not the same as first team games. It’s a different level.

“I need to play more first team games, give me 25 minutes here and there. I’ll get back up to speed but he just didn’t want to do this. He’s finding excuses.

“So I’ve got no bitterness towards him or his staff or anything like that. But at the time, it was a bit disorganised.” 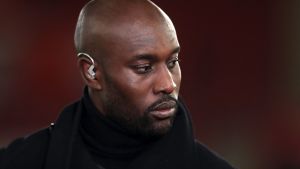 Along with his anthem to the tune of Gold by Spandau Ballet, Celtic fans were hoping that they would see the form that saw him score 51 goals in the Premier League. Instead, Cole was at the end of his career and struggled for game time as Leigh Griffiths enjoyed a sensational goalscoring season.

Cole made his debut in the Highlands, replacing Tom Rogic after 61 minutes. The veteran striker looked to have found the net after bundling the ball into the back of the net. He recently took to Twitter to call this goal ‘one of the best’ he had scored.

One of the best goals I’ve ever scored. I meant every touch 😂 https://t.co/AKglzRllQ2

The goal actually went down as an own-goal and Cole would have to wait until a Scottish Cup tie against Stranraer to open his account in the Hoops. It was a surprising signing for Celtic but the free agent was seen as a ‘target man’ that would allow Deila to have two strikers in attack. Unfortunately, a knee injury cut his spell short and as a result, he was released when Brendan Rodgers took charge in the summer of 2016. Cole played for two further clubs before finally retiring in 2018.