Michael Stewart has stated that he expects St Johnstone to receive respect from Celtic in this evening’s game at Hampden. The sides meet for the League Cup Semi-Final with a place in the Final at stake and Stewart believes that the Celts will be cautious but optimistic about their chances of being the first team into the final.

Speaking in his Sun column, Stewart said that the Saints side are going to give Celtic a game but that the Hoops appear to be progressing under new manager Ange Postecoglou. The Australian boss arrived in the summer to a massive rebuilding job on his desk and he has done admirably in the short time he has been at the club. Although, Stewart reckons he will be weary of the Double winners from last season.

“It’s certainly not a game where you look at it and think they have no chance. Celtic will fancy their chances, and rightly so.

“There’s no doubt they are improving under Ange Postecoglou, but I think they will give St Johnstone a lot of respect. They’ll know they are a properly dangerous outfit. It’s going to be a test.

“Regardless of who Saints play, they are always going to be a huge threat at setpieces. And last season whenever a ball came near the Hoops’ box, it seemed to be panic stations. 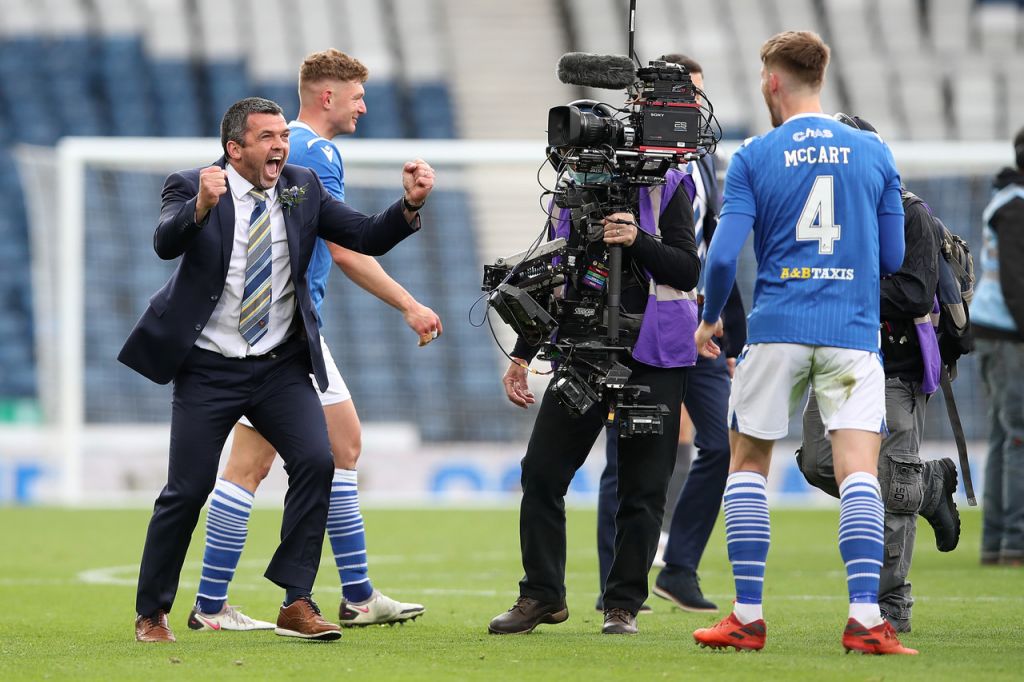 “What I would say is that Celtic are not the same beast they were last year.

“You don’t get the same feeling this season. But that doesn’t mean Saints won’t try to exploit it.

“So if they were to get knocked out it would raise questions as to how far along the road are they? Equally, a win would cement the belief that everything under Postecoglou is going the right way.”

The game kicks off at 17:15 and Celtic fans will be hoping that Ange’s team have a slot booked in the showpiece Final next month as they sit down to watch Hibs v Rangers on the Sunday. There is also an added narrative with Chris Kane’s bust-up with Carter-Vickers still fresh in the mind from the 2-0 win at the end of October.

The game will also honour Lisbon Lion, Bertie Auld. The Celtic legend passed away aged 83 on Sunday and will be sorely missed by all associated with the club. The fans have arranged a display before the game and also on the 67th minute as the players will be kitted out with his No.10 on their shorts. It has been 52 years since Celtic faced St Johnstone in the 1969 League Cup Final in which the Celts ran out 1-0 winners thanks to a goal from Bertie.