You are at:Home»Latest»Ralston on Celtic’s desire, the trophy trail and the Europa League challenge

Celtic right back Anthony Ralston has been explaining the desire the club has to get back to winning trophies once again after a disastrous 20/21 campaign under former boss Neil Lennon meant Celtic ended the season empty handed. Ralston of course was almost totally overlooked and disregarded by Neil Lennon and it took the arrival of Ange Postecoglou to turn his fortunes around as a Celtic first team regular. Ralston was given a reasonable amount of minutes on the pitch under former manager Brendan Rodgers but obviously both him and Ange saw something in Ralston that Lennon clearly did not.

Last season must have come as a shock to the system for some of the players who had previously won every trophy during the preceding 4 years to go from such exhilarating highs to such dramatic lows in such a short space of time. Maybe they lost their appetite after 12 trophy wins in a row, just like has happened across the city according to Connor Goldson after theRangers managed a remarkable one in a row trophy run. Remarkable stuff this, have a listen.

With new manager Ange Postecoglou in place things are starting to look a lot brighter and focus has once again turned to adding to our already impressive trophy haul. Repeating his managers mantra of taking it one game at a time, Ralston insists there are plenty of other important games in the near future to concentrate on before thinking about getting back on the trophy hunt the week before Christmas. 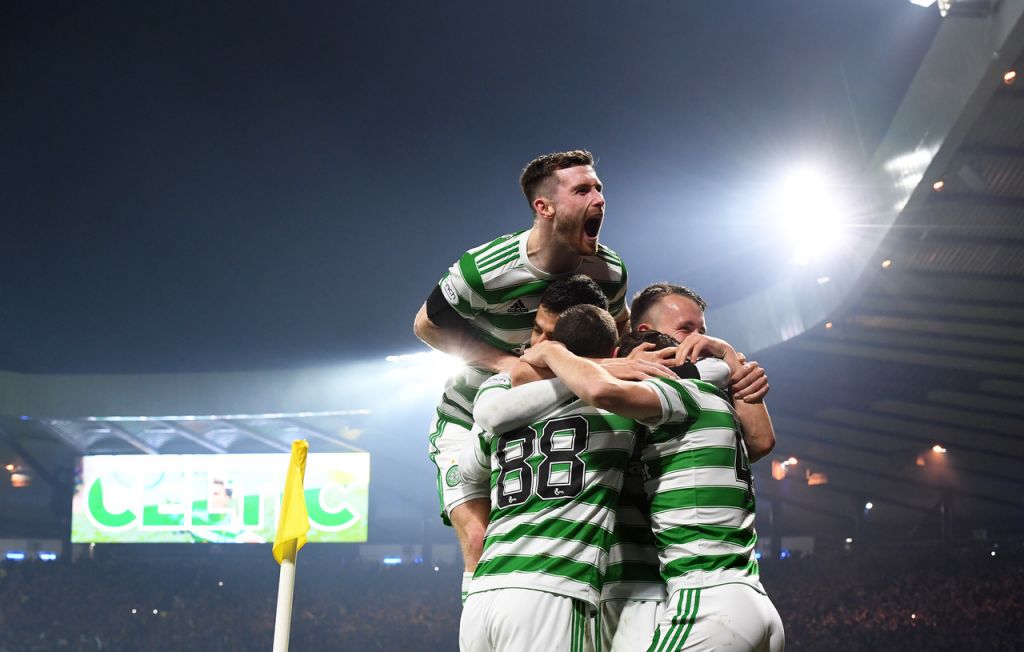 James Forrest of Celtic celebrates with teammates after scoring their side’s first goal during the Premier Sports Cup semi-final match between Celtic and St Johnstone at Hampden Park on November 20, 2021. (Photo by Mark Runnacles/Getty Images)

“We are a club that wants to win everything that we are involved in and that will definitely be our aim,” Ralston told the media after the 1-0 semi-final win over St Johnstone, hugely underserved of course If you read the crew on Celtic Way, the fake Celtic Fan Media site.

“But we will put it to the back of our heads for a minute and focus on the games coming up,” Ralston continued, as reported by Daily Record. “When that game comes, we will look to add another trophy to the many we have won before.

“It was a tough game (on Saturday). We expected that going into it. We were set up well and focused on how we wanted to play and that is what we did.

“It was hard-fought, but I am delighted we won in the end and can look forward to a Final. It goes to the back of our heads for now and we focus on the upcoming games. When that comes around, then we will focus on it.”

The primary focus from today will be Thursday’s crucial Europa League tie at the Bay Arena against German heavyweights Bayer Leverkusen. With Real Betis hosting Fenencvaros, who now have only pride to play for, on the same evening many feel that Celtic will have to get a result in Germany to keep their qualification hopes alive. This will guarantee a much anticipated final day shoot out against the Spanish club at Celtic Park at the start of December. 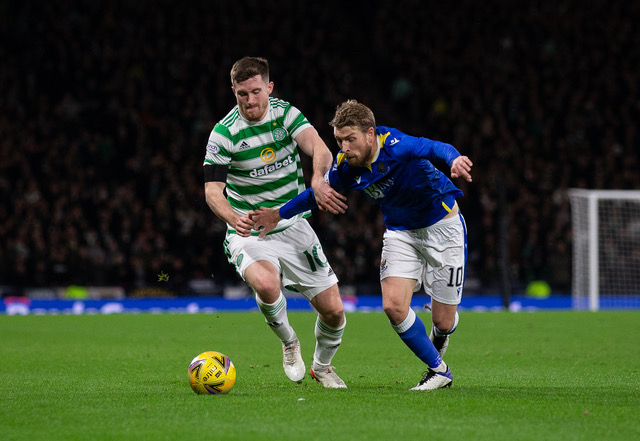 Talking about going up against the Germans, Ralston said: “It is going to be a difficult game, we know that. But we will get back in to training, regroup as a team and focus on that one next.”

The recently capped right back also had kind words regarding fellow Celtic star and Scotland International James Forrest, who has only recently returned from injury and once again showed his worth to the Celtic cause by scoring the all important goal at Hampden Park on Saturday evening.

“He has had difficult time with injury, but that is the quality that James has got,” Ralston said. “He can come on and make the difference for the team. You have seen it year in year out with him.

“He has been a big loss for us, but I am delighted and we are all delighted as a team that he is coming back into the fold now. He can bring that to our game and make the difference.”

Personally I’m delighted to see James Forrest back in the Celtic side. Throughout the years Forrest has consistently proved that he can be relied upon on the big occasions to dig deep and produce the goods when needed most. The amount of important goals he has chipped in with is unbelievable and it’s a mystery to me why he is so undervalued within our support. 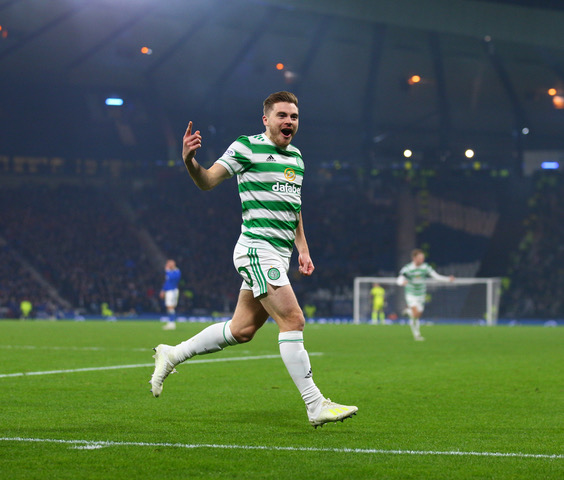 James Forrest celebrates after he opens the scoring in the 73rd minute making it 1-0 to Celtic. Photo Vagelis Georgariou for The Celtic Star

Forrest sometimes gets labeled as inconsistent yet this is something that can be said for most wingers. If you look at Liel Abada, he has chipped in with some goals and assists so far this season which has saw him receive plenty of praise yet in other games he has been totally anonymous. I would like to see Forrest get an extended run in the side now, giving Abada a bit of a rest and a chance to work on his game which is important for someone so young.

Previous ArticleUnique Angle from Hampden and from Celtic Way, the fake Celtic fan media
Next Article Celtic, two at the back, four up top then grab three goals – Fran Alonso on his tactical tricks