ALL HELL BROKE LOOSE last night after former Celtic Star Virgil Van Dijk made a wee joke at the expense of Cristiano Ronaldo at the Ballon d’Or ceremony.

Ronaldo’s sister Katia Aveiro responded to the big Dutchman with a lengthy rant on Instagram, as reported by Caught Offside.

Messi picked up the prestigious award, beating Van Dijk who was the runner up and Ronaldo’s family seemed somewhat annoyed at the little reference that the former Celtic man made to separating the two great of the modern footballing era.

The Only. One. Ever.

The Juventus striker’s sister had plenty to say to the former Celtic man, it reeks of arrogance and certainly lacks class.

“Now, dear Virgil, where you are going, Cristiano Ronaldo has gone and has come a thousand times,” she wrote.

“Then, dear Virgil, Cristiano Ronaldo went to other places and became the greatest player in the history of a clubezito. Real Madrid, tell you something Virgil? Maybe so, because this club, with this Cristiano guy, even beat you in the Champions League final. Of these, Ronaldo already has five, Virgil. 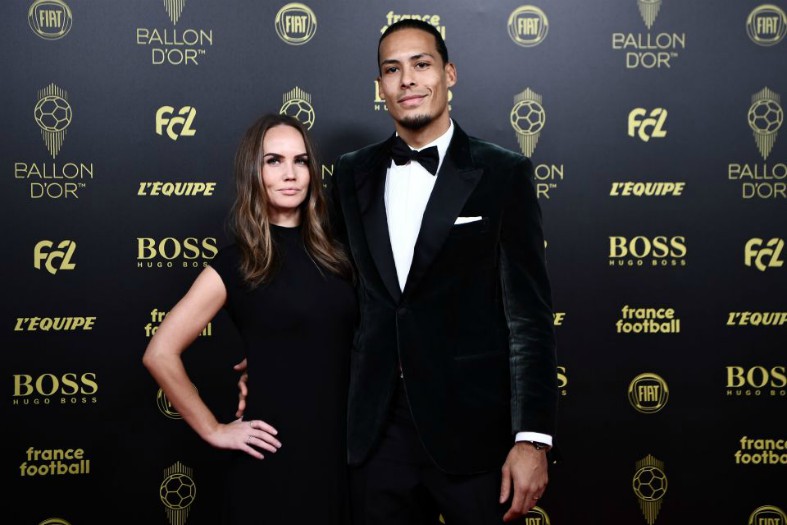 VVD and his girlfriend at last night’s event

“And that fellow Ronaldo and team-mates, with the corners on his chest, crushed your “orange” in a final. Was it hard, Virgil? We have pity.

“And, dear Virgil, In one of the least successful times of his career, Cristiano Ronaldo has won even more titles than you. Awesome, isn’t it?

“Now Virgil will win titles from those who really count and then we’ll talk. When you have a handful of them, the really important ones, you might be able to sit at the table with Cristiano.

VVD and Andy Robertson battle it out in the Scottish league

“It’s for me Cristiano you are and you will always be the best player in the world!!!

“And who does not like to put it on the wheel of the plate!!! (as they say in our land, small for many) but where came the best ever.”

Last week we showed the real side of Virgil van Dijk when he visited a Liverpool fan at his work at Asda and absolutely made his year – the video in this piece really is worth watching if you missed it first time around.

He may not have won the #BallondOr, but what a year it's been for Virgil van Dijk 💪

A colossus at the back ❌ pic.twitter.com/zUc5XtTLj3