Ange Postecoglou has named his side to play Real Betis in the Europa League with his options being severely limited with an injury hit squad. Tony Ralston returns and there’s a starting place for young Adam Montgomery. Albian Ajeti leads the line – he’s pretty much the only striker available at the moment. Big night for Soro standing in for Callum McGregor. The bench, just like on Saturday looks weak. Miracles do happen though so COYBIG 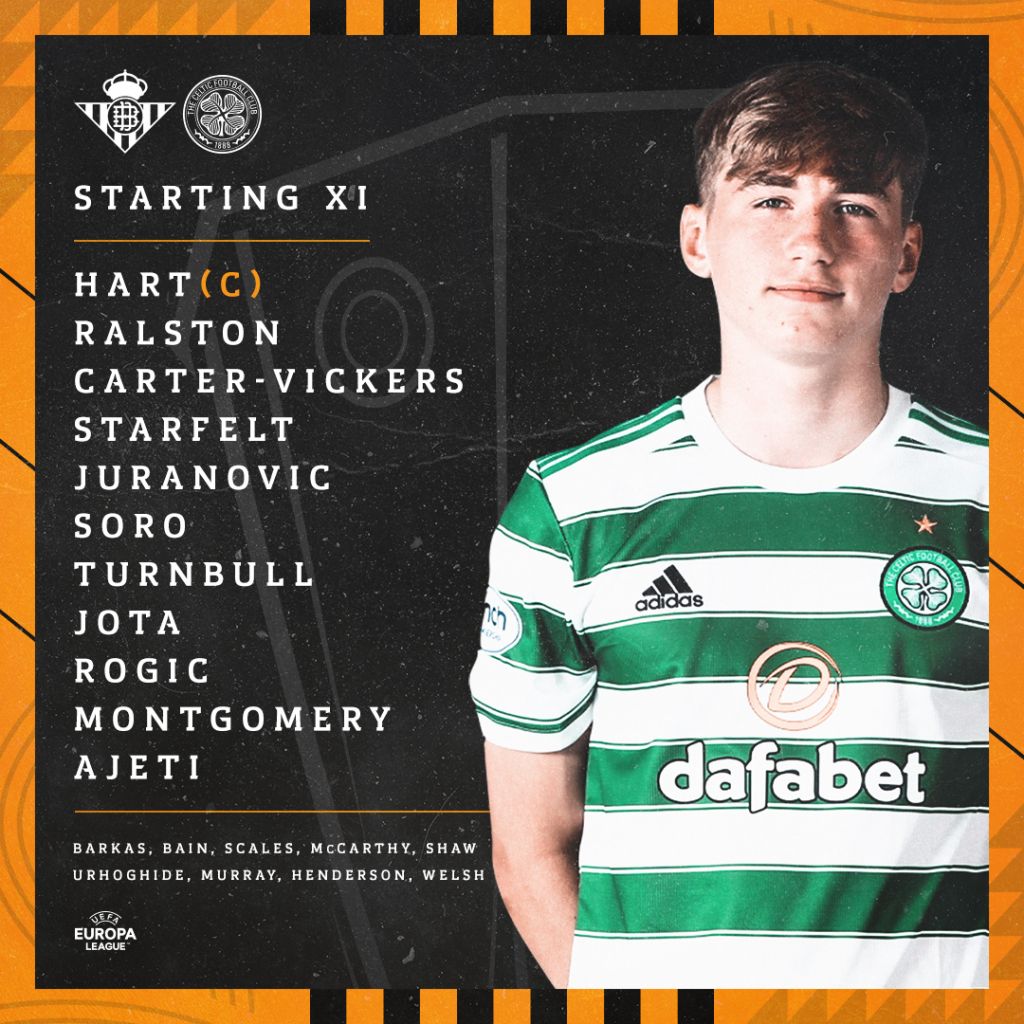 Real Betis: For Betis, this is where this European adventure starts – at the Benito Villamarín against Celtic this evening. The dream of their supporters is for Pellegrini’s men to go all the way to the final which is to be played some five kilometres from here at the home of arch-rivals Sevilla, the Sánchez-Pizjuán, on 18 May. But first things first…CELTIC.

Celtic: “I’m sitting in a room now surrounded by images of Martin O’Neill and the fantastic Celtic support that followed us there for that game, so it’s not lost on me. If you can create a special memory, it’s chronicled here and elevated to a status where the people involved can one day come back here in years to come and reflect on it,” Ange Postecoglou at his pre-match media conference before heading to Seville. 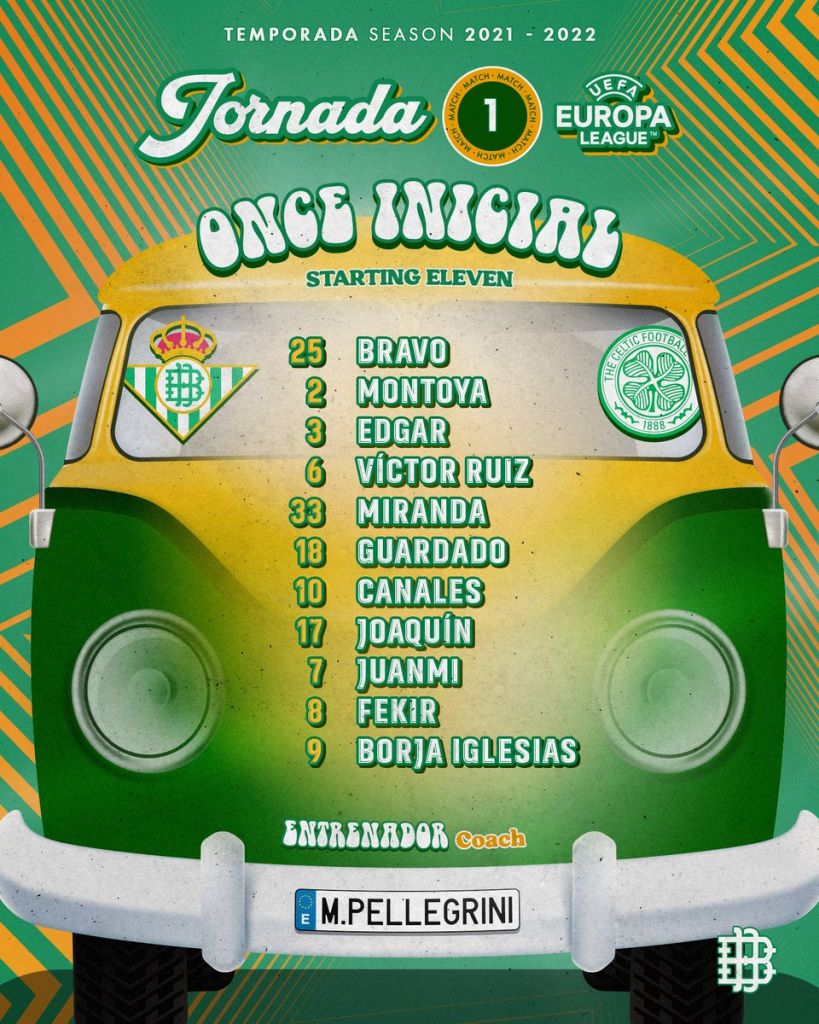 Kick-off is at 5.45pm and the match is live on BT Sport but with no Chris Sutton or Neil Lennon.