You are at:Home»Latest»Real Betis v Celtic: “We have a clear way of playing and everyone knows what we have to do,” Carl Starfelt

Next up for Celtic is a return to Seville for the first time since the UEFA Cup Final in May 2003, sadly on this occasion Celtic will be, officially at least forced to Walk Alone, as the Spanish authorities frustrated Real Betis in their plans to allow an allocation for away fans in their 60,720 capacity Estadio Benito Villamarín on Thursday night.

Carl Starfelt spoke to the mainstream media after the game at the weekend and the way the hacks work is they all agree to hold back that content for an agreed day, in this instance Monday morning. The Celtic Fan Media isn’t invited to these post match interviews at Celtic Park – it’s tricky even getting on a media list for the Celtic FC Women’s list. The media at the Penny Cars Stadium yesterday for the battle of the big two from last season, Celtic v Glasgow City, consisted of a journalist from Daily Mail, one from BBC and The Celtic Star.

Hopefully Nicholson will “surprise and delight” the Celtic support as McKay once promised he’d certainly do. On Friday afternoon he certainly achieved the former although never stuck around long enough to do much on the latter.

With Dom McKay’s plans to modernise the communications operation at Celtic now in the hands of Michael Nicholson, we’ll have to wait to see whether the slowly slowly progress continues or we are set for a return to the club’s old way of whispering in the ears of compliant hacks and bloggers.

“None of the players have mentioned this yet because all of the focus was on the game against Ross County,” the Swedish international defender told the media, as reported by Scottish Sun. “But the Betis game is a big one. It will be my first time playing in Seville.

“They’ll be tough games, but they will also be fun games. We’ll go and play our football and see where it takes us.” 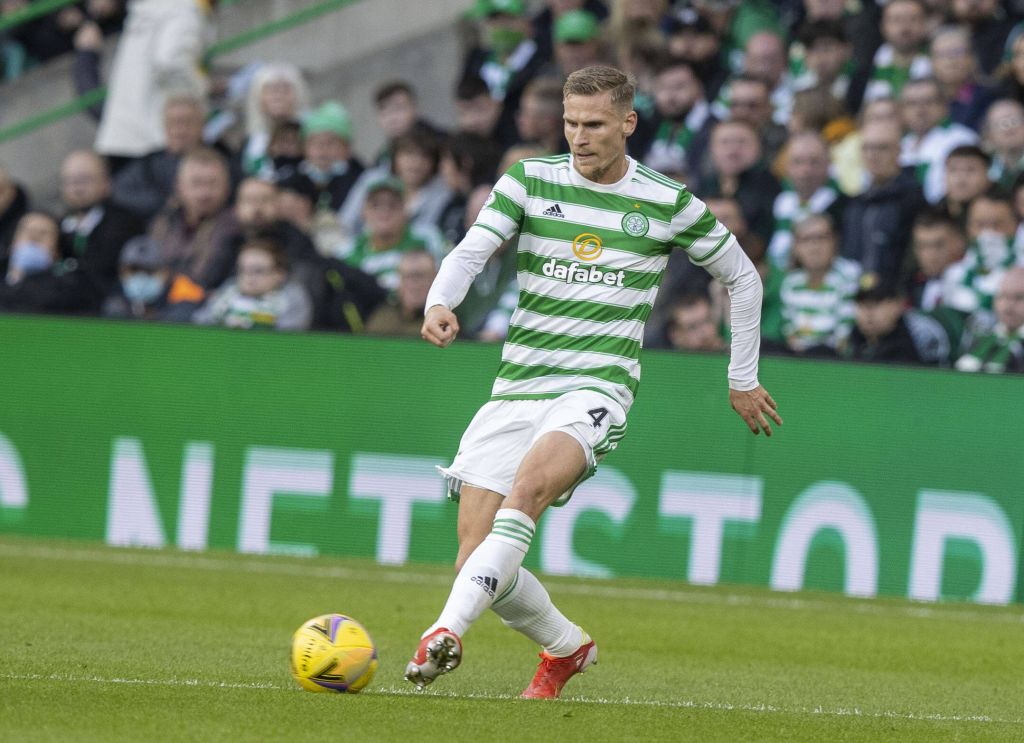 Starfelt is clearly looking forward to the Europa League challenges against Real Betis, Bayer Leverkusen and Ferencvaros. “We have a clear way of playing and everyone knows what we have to do. We know it’s going to be tough but we believe in ourselves,” he said.

“Every player wants to play in Europe and play these big games. I’ve had some European nights at Celtic Park in the qualifiers already and the atmosphere is amazing. They’re fun games — but very challenging games, too. I can’t wait.”

Previous ArticleVideo: “We were able to play great combinations and that contributed to the goals,” Olivia Chance on Chinese Star Shen
Next Article Real Betis v Celtic: Postecoglou’s vital away days at Estadio Benito Villamarín and ‘The Spaghettihad’