Carlo Ancelotti can’t afford to lose tonight’s match against Celtic at the Santiago Bernabéu because the Real Madrid manager is well aware that his side’s defeat in Germany on match-day five opened the door for an unlikely chance for RB Leipzig to top the group after losing their opening game at home by 4-1 to tonight’s opponents in Warsaw, the street-wise Ukrainian Champions Shakhtar Donetsk.

If Celtic can get a result in Madrid and Leipzig win in Warsaw then the current European Champions would suffer the indignity of having to go through to the knock-out rounds unseeded as Group F runners up.

That means that there will be no chance of Real Madrid taking tonight’s game lightly, with their focus already turning back to La Liga where they dropped two points on Sunday against lowly Girona at the Bernabéu (highlights below).

Failure to will this evening of course would take Ancelotti’s team’s run without a win to three matches, which would be surprising to say the least. Here’s how RB Leipzig managed to defeat the European Champions last week.

So tonight means plenty to Ancelotti, just as it does for Ange Postecoglou, the Celtic manager who knows the scale of the task facing his side this evening but also appreciates that his players will have no fear taking the game to the Spanish giants in their own backyard. 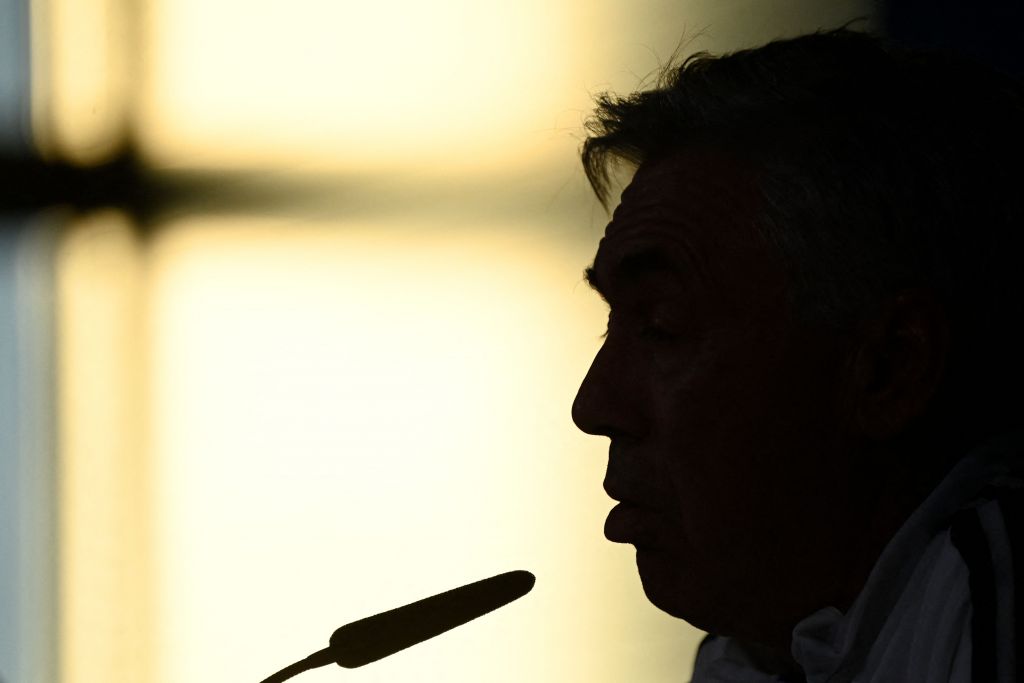 “It’s an important game,” Carlo Ancelotti said at yesterday Media Conference at Real Madrid’s Valdebebas training facility. “We know that our objective is to finish top of the group.”

The vastly experienced Italian coach also appreciates the quality and the intensity that his side will face from Celtic, a team that he clearly admires.

“We’re up against a team that plays at high intensity, but we’re prepared and we want to put on a top performance. We’ve got all the conditions to do so. We’re back at our stadium on a Champions League night.

“There are competitive teams that will finish second. What’s most important is the prestige of this club. This is a special competition for this club and we have to respect every game,” Ancelotti added, maybe mindful of the shock defeat last season to Sheriff Tiraspol (highlights below).

“Celtic aren’t going to change their identity,” said the veteran Italian coach. “They’ll play their game, with intensity, passion and quality. That’s what we’re expecting. It’ll be an open game and we want to be at our best. I have a lot of respect for this team. They’ve played well in a lot of games,” Ancelotti noted.

While Real Madrid have won their two home games in Group F they were certainly given a game by both RB Leipzig (Real got two very late goals perhaps against the run of play to break the deadlock and win the match) and Shakhtar Donetsk where the European Champions raced into an early 2-0 lead only to be pegged back later in the game and the Ukrainian side had a great chance near the end to equalise.

There has to be some encouragement from Celtic in this two games or maybe we’ll end up with the short straw and facing a Madrid side that clicks into top gear? We’ll find out one way of the other this evening.

Here’s the video from Carlo Ancelotti’s media conference yesterday which will be more relevant to our Spanish speaking readers!