You are at:Home»Latest»Remembering Willie Maley – The Greatest Of Them All

Today marks the 63rd anniversary of Willie Maley’s passing. He is one of the greatest ever Celts – the man who made Celtic. This is a summary of the legend’s contribution to the club.

On the morning of the Glasgow Derby (New Year’s Day 1940), Willie Maley announced that he would retire as Manager and Secretary of Celtic Football Club within the next few weeks. Maley was 72 years old at the time, and 52 of those years had been spent at the club. A member of the first committee, his departure would break the last remaining link with the originators of Celtic. However, it would also have much more sinister repercussions as the board would begin meddling in the football affairs, without someone of Maley’s character to prevent them from doing so. This practice would continue, much to the detriment of the club, until Jock Stein’s arrival in 1965.

The story of Willie Maley is entwined with the story of an activist named Patrick Welsh. It began in 1867 when the Irish Republican Brotherhood (IRB) decided to mount a militant insurrection following considerable unrest within the Nationalist community, which had largely been instigated by the suppression of The Irish People newspaper: the voice of the IRB. 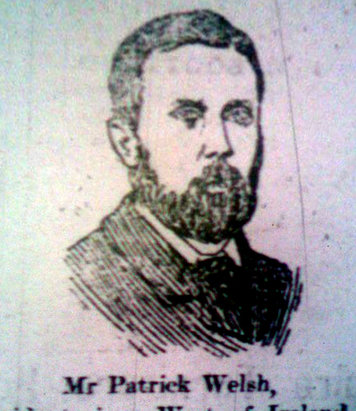 The Rising of early 1867 was initially stifled due to a combination of poor planning and British infiltration.
However, the latter stages of the year saw resurgent efforts in the form of a dynamite campaign and a series of raids. A youthful Patrick Welsh participated in this effort, which was ultimately unsuccessful in a military sense. For his part in the rebellion, Welsh found himself on the run from the authorities in the latter stages of the year. One evening he hid from security forces in Dublin at the docks in the vicinity of Pigeon House Fort, on the banks of the River Liffey. Welsh was hiding with the hope of boarding a ship bound for Scotland. However, he looked to his horror as he found himself being confronted by a British soldier wielding a rifle.

The soldier, who was on patrol with the North British Fusiliers Regiment, barked at Welsh: “Halt he who goes there?” Welsh instantly detected an Irish accent and pleaded, Irishman to Irishman, that he had no sinister intentions and only longed for a life of peace in Glasgow. The soldier, a County Clare man from Ennis, understood the plea as he himself had previously left home to join the army in England. Thus, at considerable risk to himself, he led Welsh to the appropriate ship. Before parting, the pair exchanged names. The name of the soldier: Thomas Maley. 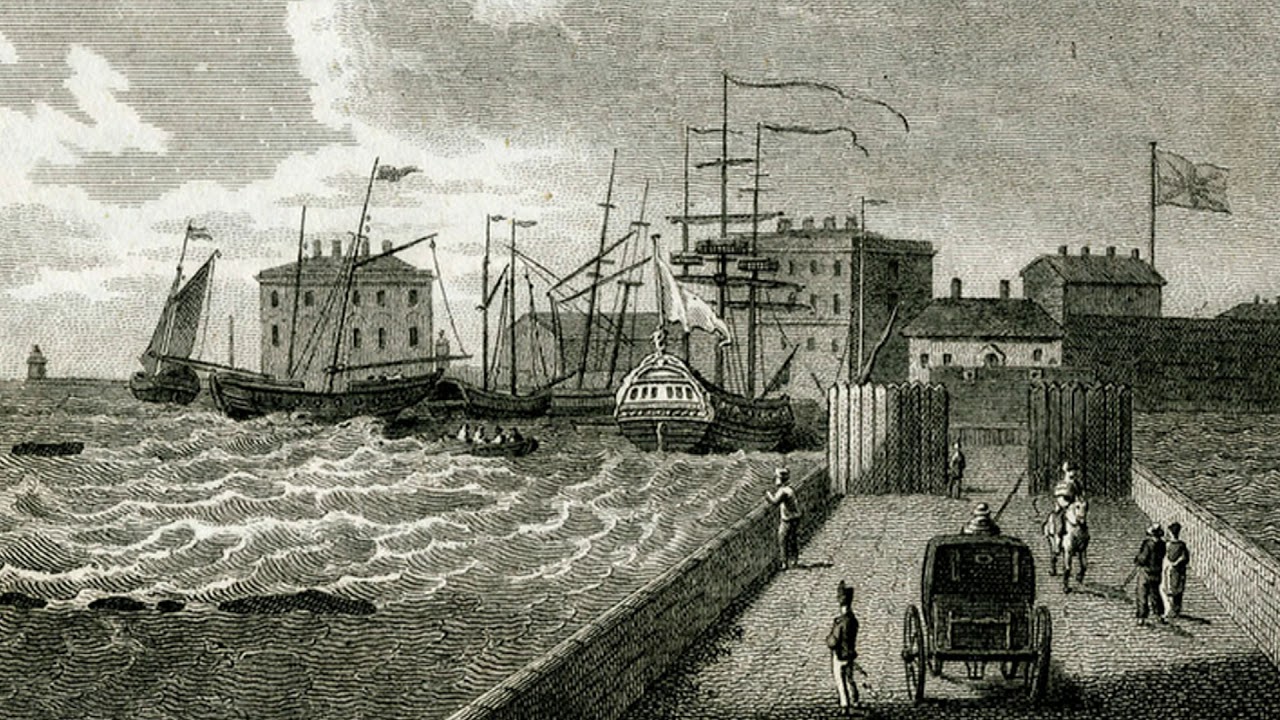 Once in Glasgow, Pat Welsh served an apprenticeship as a tailor before becoming a master in the trade, owning a renowned business on Buchanan Street. The Irishman immersed himself in the local community and built some sound relationships within his local parish of St. Mary’s.

Enjoying his fruitful new life, the runaway man maintained appreciation for the soldier who had granted his freedom. Indeed, the pair always kept in touch and after Thomas Maley had completed 21 years of active service with the British Army, he informed Welsh that he had started to view the prospect of life in Glasgow as a notion much more appealing than attempting to raise a young family where he had been stationed, in an Ireland that was still suffering from the effects of the famine.

Thomas had two young sons, Tom, who was born in Portsmouth, and Willie, who was born in a barracks in Newry. Approaching his discharge from the army in 1869, on the invitation of Welsh, Thomas Maley and his young family headed to Glasgow, where his Canadian born wife’s parents hailed from. Welsh was glad to be of assistance to the Maley clan and agreed to see to their housing in St. Mary’s parish until such a time that Thomas found employment. Thomas soon found a job when he was appointed Drill Instructor of the 3rd Renfrewshire Rifle Volunteers at Thornliebank.

The former Sergeant’s sons embedded themselves into city life. Both had a keen interest in sport, becoming respected footballers; whilst Willie also earned the title of the 100 Yard Scottish Sprinting champion.

The aforementioned events proved to be of great import when Pat Welsh was among the committee that founded Celtic Football Club in late 1887. During a preliminary meeting between the founding fathers, the name of Tom was raised as a possible player that Celtic could attract the signature of. Welsh had vouched for the family and assured the committee that he would be an ideal fit for the club. Therefore, the decision was taken for Welsh to visit the Maley household in Cathcart, where Thomas (senior) had been transferred, with the accompaniment of fellow founders: Brother Walfrid and John Glass.

It is thought that the Celtic delegation only held intention of securing the signature of Tom when they knocked the door. However, Tom was not at home as he was out courting. The Celtic trio then began to speak with Willie and asked that he would ensure that his brother contact them with a response to their proposition of him signing for the club. As the Celtic delegation left the premises, Walfrid turned to Willie and said: “Why don’t you come along too?”

Although not of the same ability as his brother, who had featured on occasion for Hibernian, Willie had played for Third Lanark reserves. Once his modesty and doubts over a future in the game were shunned, Willie agreed to put pen to paper for Celtic Football Club immediately. Upon hearing of the visit, his brother contacted the Celtic founders and agreed to join him at Celtic Park. It would prove to be the beginning of an enduring 52-year love affair between the Maleys and the Celts. 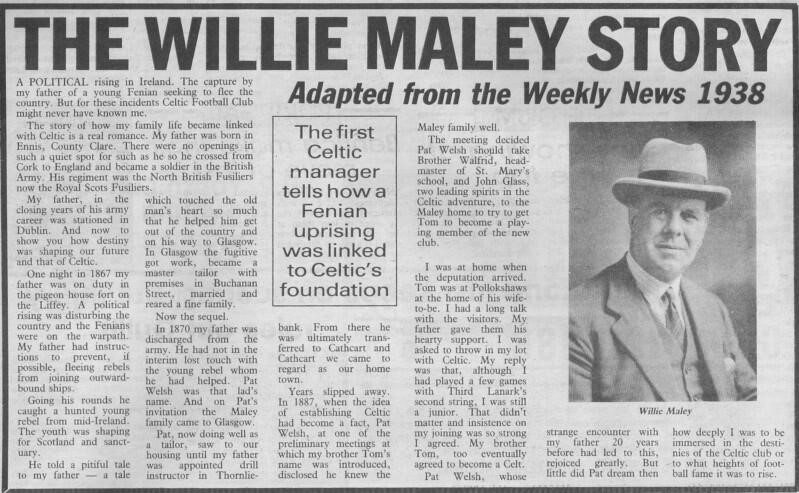 Willie Maley played as a right half in Celtic’s first ever match, a 5-2 win against Rangers on 28 May 1888. His playing ability was reckoned to be little above average at first, but he did make over 100 appearances and earned himself two Scotland caps, qualifying through spending most of his childhood in the country. His playing days finished with three league titles, a Scottish Cup, four Glasgow Cups and three Glasgow Charity Cups to his name. Then, in 1897, Maley built legendary status for himself by becoming Celtic’s first Manager.

Though Willie Maley won the league in his first full season in charge, few could have imagined that he would hold the managerial post for 43 years, winning 16 Scottish League championships, 14 Scottish Cups, 14 Glasgow Cups, 19 Glasgow Charity Cups and the Empire Exhibition Cup. The most distinct period of his time at the helm came between 1905-1910 when he led Celtic to six league titles in a row and delivered the club’s first ever league and cup double. The achievement is the third highest string of consecutive titles that the club has ever put together.

Willie Maley won the Berlin Britz Manager of the Decade award for the 1900s and is the fourth most decorated manager of all time. He was inducted into the Scottish Football Hall of Fame in 2009 and is immortalised with his very own song. Maley’s managerial stats are somewhat impressive: September 1897-January 1940, Played 1758, Won 1112, Drew 352, Lost 294 – win percentage 63.23%. 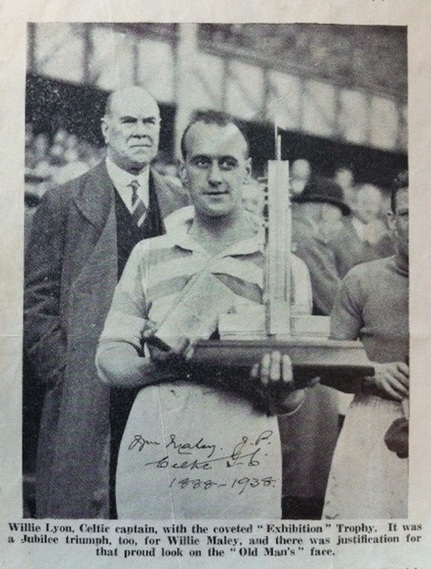 Despite such statistics, Maley was in decline by 1938. In his early days as the boss, he was more akin to a General Manager/figurehead. However, the role was changing by those inter war years. Willie was becoming a bit out of his depth.

In the mid-1930s, Jimmy McMenemy was brought in as the Assistant Manager, but in reality he was acting as a modern day first team boss. McMenemy was a Celtic legend and fantastic player in his day. He brought Joe Dodds, one of the “Holy Trinity” in Celtic’s iconic 1910s defence, to assist him, which must have set alarm bells off in Maley’s mind.

The club’s Jubilee season (1937-38) seemed to be a natural parting of the ways, particularly as Maley was then penning his book: The Story Of The Celtic. However, he refused to yield and continued until matters came to a head in January 1940. At that time, Celtic sat at the bottom of the Western Regional League table, and a meeting was called with the board of directors. Willie Maley retired thereafter, being pushed rather than choosing to jump. 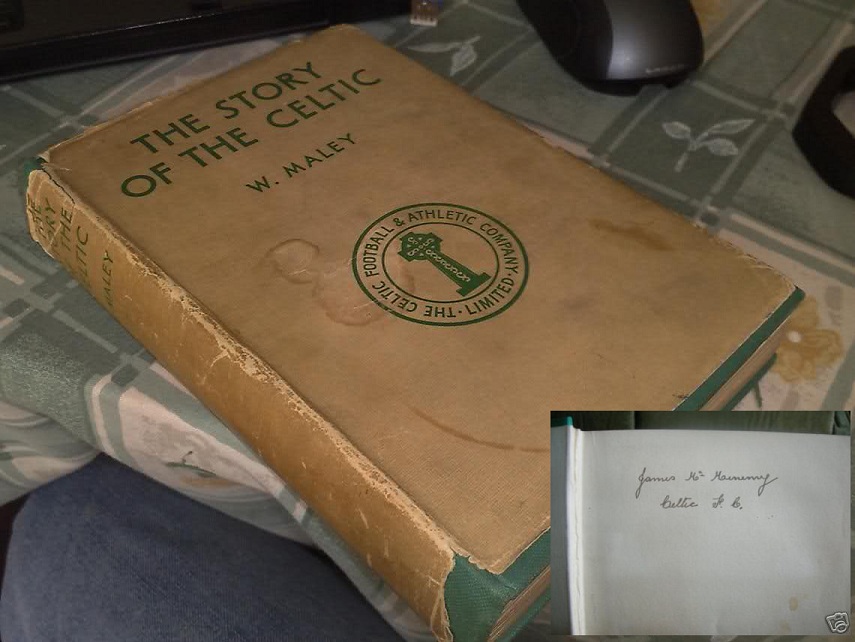 The parting of the ways was very disappointing. A dispute arose over the payment of tax on a 2500 guineas honorarium (presented to Maley at Celtic’s Jubilee Dinner at the Grosvenor Hotel in 1938), which resulted in the club refusing to pay the tax on their donation.

Willie Maley did not step foot back in Celtic Park for 13 years. This is an incredibly sad fact, considering that he had devoted 52 years of his life to the club and had been there since day one. In typical underhand fashion, Rangers invited Maley to be a guest at a Rangers v Celtic game at Ibrox. Maley accepted the invitation but attended very much as a Celtic supporter.

Thankfully, things were patched up between Maley and the board in 1953, when Bob Kelly organised a Willie Maley Testimonial match between Celtic and Bohemians at Celtic Park. The gate receipts were in aid of the Grampian sanatorium in Kingussie. Aged 85 by this time, he was greeted back to Paradise as a hero. 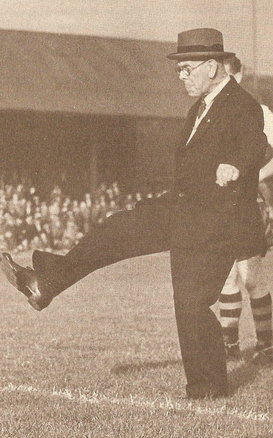 Maley was then a frequent visitor to Celtic Park forevermore. He died in a Glasgow nursing home on 2 April 1958. He was 89 years old at the time of his passing and succumbed to arteriosclerosis and senility.

Three of his quotes are still well renowned today:

“Much has been made in certain quarters about our religion, but for forty-eight years we have played a mixed team, and some of the greatest Celts we have had did not agree with us in our religious beliefs, although we have never at any time hidden what these are. Men of the type of McNair, Hay, Lyon, Buchan, Cringan, the Thomson’s, or Paterson soon found out that broadmindedness which is the real stamp of the good Christian existed to its fullest at Celtic Park, where a man was judged by his football
alone.”

“The club has been my life and I feel without it my existence would be empty indeed.”

“It’s not the creed nor his nationality that counts. It’s the man himself.”

A journey through the life of Willie Maley – one of the greatest Celts. In my opinion the most important Celtic man after Brother Walfrid & John Glass. He died 63 years ago today.https://t.co/1raAwQoozq

🗓️ #OnThisDay in 1958, the legendary Willie Maley passed away.

The Irishman delivered 30 major trophies over his 43 years as #CelticFC manager 🍀 pic.twitter.com/g07fC7Fcz4

Previous Article“It’s the ideal job if you’re winning, not if you’re losing,” Lambert Warns Eddie Howe
Next Article Video: The Men And Women Of Celtic Football Club Prepare For Return To Action