You are at:Home»Latest»Report: Celtic locked in Legia stalement as Holy Goalie receives his wish

Celtic continued their topsy-turvy start to pre-season with another 2-2 draw to leave themselves feeling rather disappointed against an admittedly below par Legia Warsaw side on Wednesday afternoon in Artur Boruc’s testimonial.

The Holy Goalie received a superb reception from both sets of supporters in the Polish capital as he took to the pitch for the final time in his career aged 42 after retiring last month.

Celtic were the clear favourites for the tie considering their achievements and Legia’s misendeavours last season, although nothing could be taken for certain on a sunny afternoon in Eastern Poland.

But despite their early dominance, a failure to win may set off warning bells for Ange Postecoglou – although it may be too early to do so in pre-season. 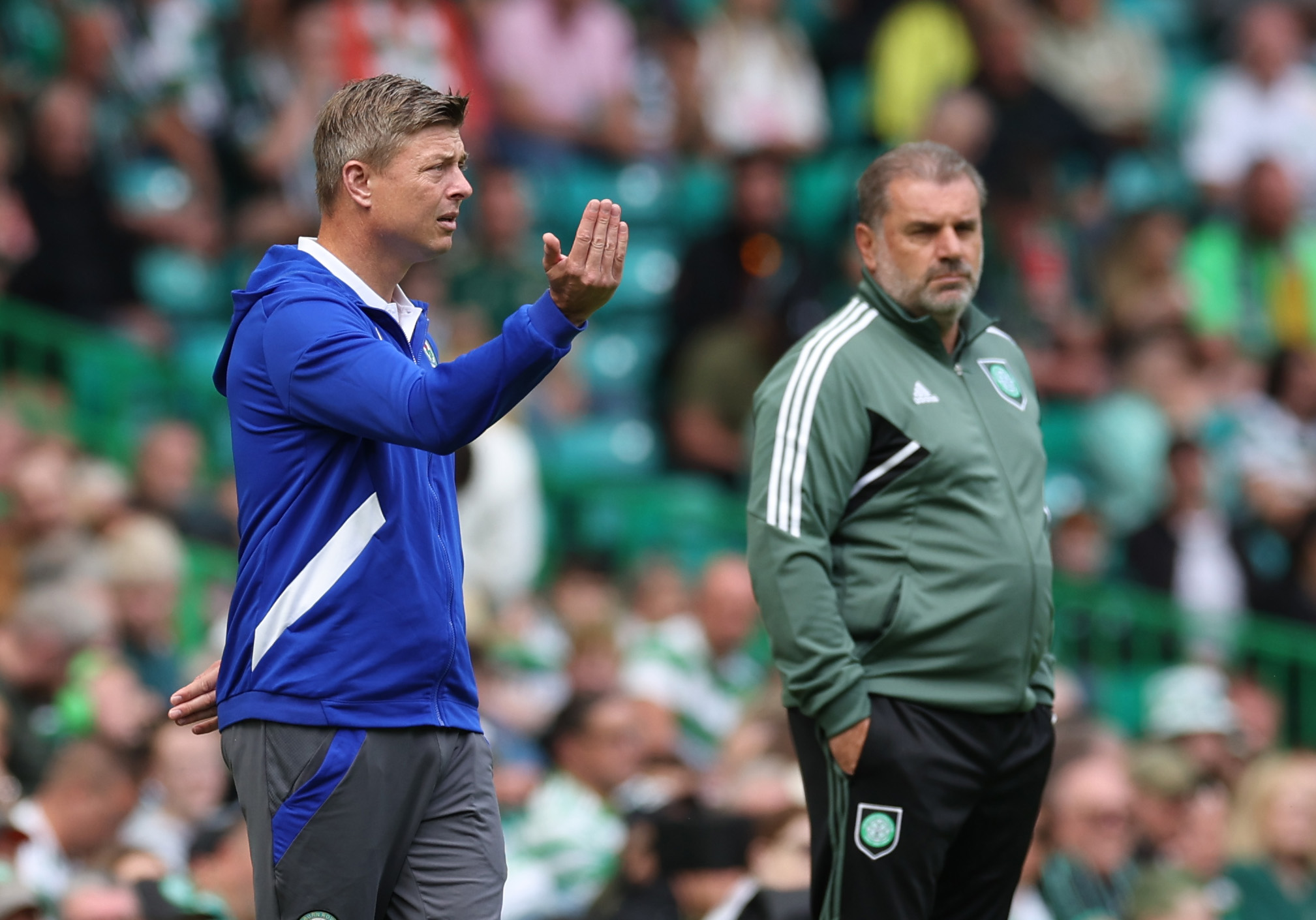 A fast-paced opening few minutes set the tempo for a game that was always likely to be frantic given the history between the two clubs and Boruc’s slightly mental nature.

The first real chance fell to the hosts as an opening broke out down the right-hand side of the pitch, feeding the Legia winger in with acres of space.

His low cross was aimed towards the centre of the six yard box, although some alert defending by Anthony Ralston saw the Scotland international clear the danger at relative ease.

The same almost happened again on the seven-minute mark as space was this time found down the left flank, but a looped cross into striker Maciej Rosolek saw a header ballooned into row Z.

Chances kept falling for the Polish giants, and they almost gained the lead for the third time in five minutes when a dangerous cross was whipped into the back post invitingly for Makana Baku – although the German couldn’t get his toe over the end of the ball as it trickled out for a goal-kick.

Celtic’s first half-chance came when Boruc sprawled a looping cross for a corner, and Matt O’Riley’s neat turn found a tiny bit of space in the area – although he couldn’t find an opening through the pack of bodies and his effort was eventually thwarted.

James Forrest could then have turned the tide on the quarter-hour mark after a superb through ball from O’Riley found the diminutive Scotsman. However, Boruc ‘rolled back the years’ with a superb stop with his trailing leg to halt his former team-mate from breaking the deadlock.

It was perhaps one of the more unlikely sources to break the deadlock as Reo Hatate popped up out of nowhere to give the Hoops the lead.

A superb ball over the top by Anthony Ralston on his weaker foot evaded the Legia defence, but the late run from Hatate saw his vision prove fruitful. The star still had a lot to do before netting, and his hooked volley caught Boruc unawares to give Celtic the throne at the Kings’ Party. 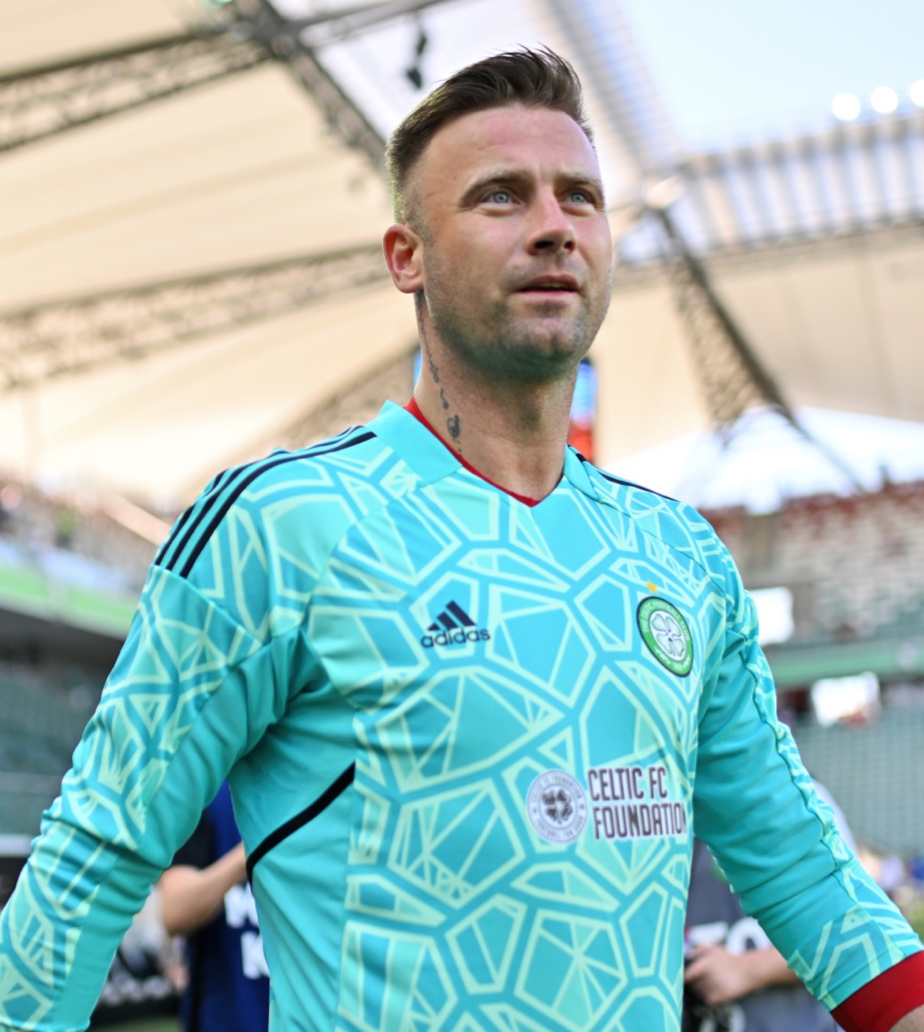 O’Riley then almost doubled the advantage after some neat play down the left found James Forrest with his back to goal. The one-club man laid the ball off to the former MK Dons star; though the angle was slightly against him as his strike hit the post.

The ball had barely been recycled before Callum McGregor picked up the ball in space 25 yards out, yet the captain hit the post himself as the Hoops began to keep knocking on the door.

Moments later, Maeda then missed the target from the easiest of angles after Legia gave the ball away to the forward; and with Boruc caught in no man’s land, the star swerved his effort wide of the post from 18 yards in a strike that should have doubled Celtic’s lead.

The home side had a chance to level the game against the run of play after defender Filip Mladenovic bore down on goal, although his left-footed strike was closer to Row Z than the top corner after he sliced his effort high and wide to Joe Hart’s right.

And Maeda, who had been sloppy in his finishing so far in the first-half, punished the Serbian international for his wastefulness with a clinical finish to double the lead.

Neat and calm passing sequences down the left-hand side found Hatate, whose superb vision found the energetic Maeda on the underlap before his left footed shot left Boruc stunned as it ripped into the top corner. 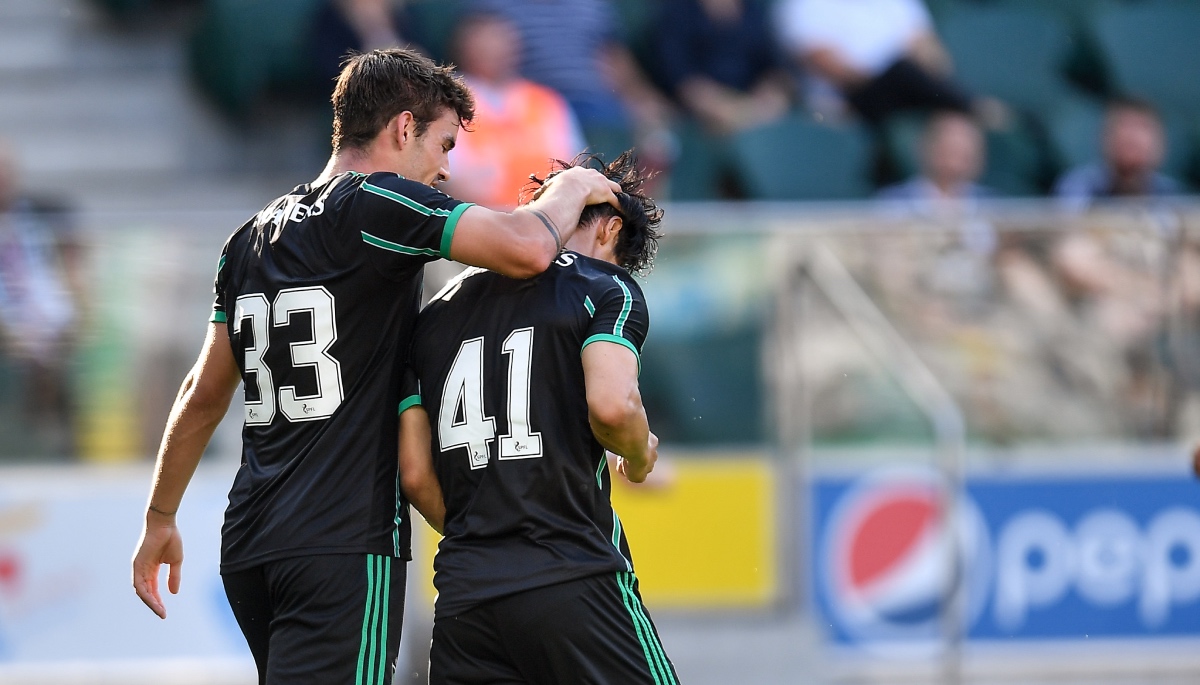 Five substitutions were made going into the second period, with Ralston, Bernabei, O’Riley, Hatate and Forrest all making way for Juranovic, Taylor, Turnbull, Ideguchi and Kyogo ahead of a more energetic start.

But it was the home side that got off to the best possible start after some shocking defending from summer signing and fan favourite Cameron Carter-Vickers.

A long searching ball by the Warsaw goalkeeper Kacper Tobiasz saw Carter-Vickers enter a tussle with striker Maciej Rosolek, with the ball bouncing awkwardly for the former Tottenham defender to deal with.

A physical battle ensued between the pair, with CCV rarely losing in these sorts of situations…but that he did, and Rosolek ran through on goal before slotting past a hapless Scott Bain to give Warsaw a lifeline in the King’s Game.

Rosolek almost grabbed his second moments later, and should have scored to level the game after being played through on goal with a deft flick from his team-mate Pawel Wszolek, but he stretched too far for his effort and agonisingly toed his effort over the angle to keep Celtic in the lead.

Christopher Julian, James McCarthy and Mikey Johnston were then introduced for Carter-Vickers, McGregor and Maeda as Postecoglou looked to change things up on the hour mark.

But with a change in team, intensity was lost for a lot of the Celtic side – and that proved costly as Josue netting a neat volley to level the game against all the odds.

The Portugal star received a clipped cross into his chest just on the outside of the box, albeit with his back to goal.

However, a deft touch took the ball behind him, and a swivelled yet somewhat trickled volley wrong-footed Bain in the Celtic goal to ensure all of their hard work was for nothing. 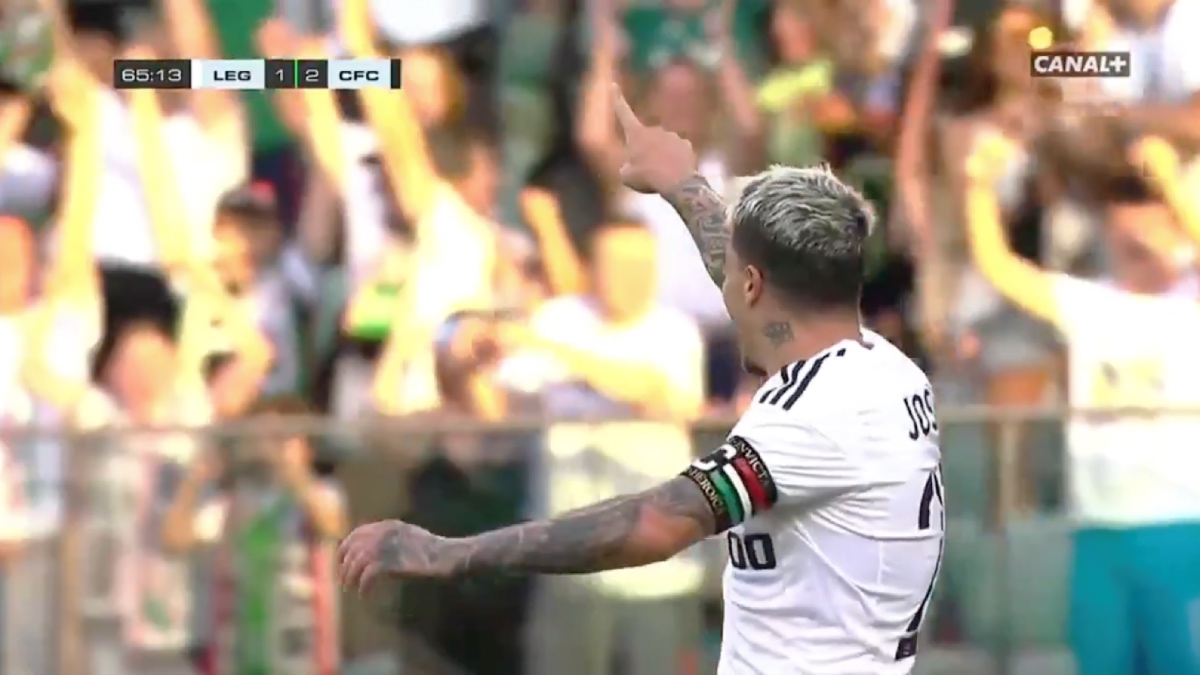 Mikey Johnston troubled late on as he jinked inside and out of the defence before unleashing a stinging shot towards the right-hand post of Tobiasz, although the youngster was equal to his efforts.

In fact, the game ended with a happy ending as Boruc received a guard of honour with tears streaming down his face – and who could blame him, with three trophies at the Polskiego Stadion and six in just five years at Paradise.

For Postecoglou though, it could be back to the drawing board with the season nigh…