CELTIC have this evening been linked with a move for Fulham goalkeeper Marcus Bettinelli as Neil Lennon looks to cover his options should the stalled deal to sign Fraser Forster from Southampton not get back on track over the next few days.

This evening the Daily Mail has reported that the Celtic manager has turned his attention to Bettinelli who last season broke into the England squad. The player is according to report, “open to a new challenge ahead of next term.”

The 28 year old shot-stopper could be available for as little as £1million, with only one year remaining on his current contract.

Before Fulham’s relegation into the Championship at the end of last season, Marcus Bettinelli had established himself as one of the best emerging keepers in England. 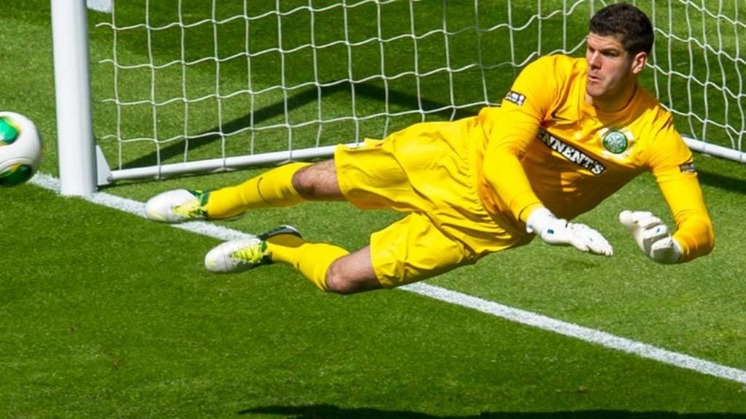 Fraser Forster remains the preferred option but time is now running out as Neil Lennon looks to bring in a first team keeper before his side, who today headed to Loughborough University for some pre-season training, head to France for three pre-season friendlies against Lyon, Nice and Paris St Germaine.

Speaking to Sky Sports yesterday, Neil Lennon explained what had been going on in his attempts to bring Fraser Forster back to the club after his outstanding season on loan from Southampton last season.

“It’s gone quiet from the player’s side of things,” the Celtic manager said. “We would dearly love him back here but if that’s not going to be the case then we’ll look elsewhere.

“We’re looking at a number of options on the goalkeeping front. It’s such an important position and Fraser did wonderful things for us last season. Ideally we’ll try to get an exceptional number one in again.”

If it’s not going to Fraser Forster it could well be Fulham’s Marcus Bettinelli who has the gloves in the Lennon’s side that kicks off on 2 August as Celtic go for Ten-in-a-Row.