KRIS AJER is a man in demand at the moment with speculation surrounding his future appearing on a daily basis. The Norwegian defender has been linked with AC Milan and Leicester City already this month but reports from the Daily Mail are claiming that Spanish giants Real Madrid are an admirer of the 22-year-old.

Ajer has been a vital part of the title winning side this season, forming a formidable partnership with Christopher Jullien as well as operating in a back three for Neil Lennon’s side.

Madrid are apparently keeping tabs on the Norwegian as they look for a long-term replacement for Sergio Ramos but the report also cites Paris Saint-Germain and Manchester City as being interested in the defender.

Ajer would likely be available in the same price bracket as Arsenal paid for Kieran Tierney last summer. Whether the player wants to go or not remains unclear, but he will certainly be aware of the attention. 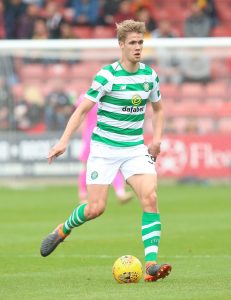 Ajer joined Celtic from IK Start in 2016 for £500,000 as a midfielder; however, Brendan Rodgers retrained the youngster as a central defender.

Rodgers is an admirer of Ajer’s and has placed the defender on his transfer wishlist for the next year. A potential negotiation with Leicester could include Benkovic coming to Celtic Park as part of the deal should Celtic and the player wish to part ways.