You are at:Home»Latest»Ridiculous report links Edouard with English Championship move

The Transfer Window always allows for nonsense rumours and today’s instalment comes from the Mirror who have linked Celtic’s Odsonne Edouard with a move to Premier League promotion hopefuls Leeds United. The report claims that the Frenchman is at the top of their target list for strikers.

Leeds are in pole position to be promoted to the English Premier League but have struggled to reach the promise land in recent years suffering late collapses when they have been close to earning promotion. However a move for Edouard seems foolish from both a Celtic point of view as well as a player point of view. Edouard could leave Celtic at the end of next season and earn a move to one of Europe’s top teams and not to relegation fodder in the Premier League.

The French striker was in incredible form last season, scoring 28 goals and notching 12 assists in 45 appearances in all competitions as Celtic steamed towards matching Jock Stein’s 1974 record.

Hopefully Celtic can secure Edouard on improved terms as the club look to better Stein’s record and continue creating Scottish footballing history. After arriving as a raw starlet from PSG, Edouard has matured into a really top talent and whilst it is expected that there will be interest in him, Celtic should stand firm. Although interest from Leeds appears to be nonsense. 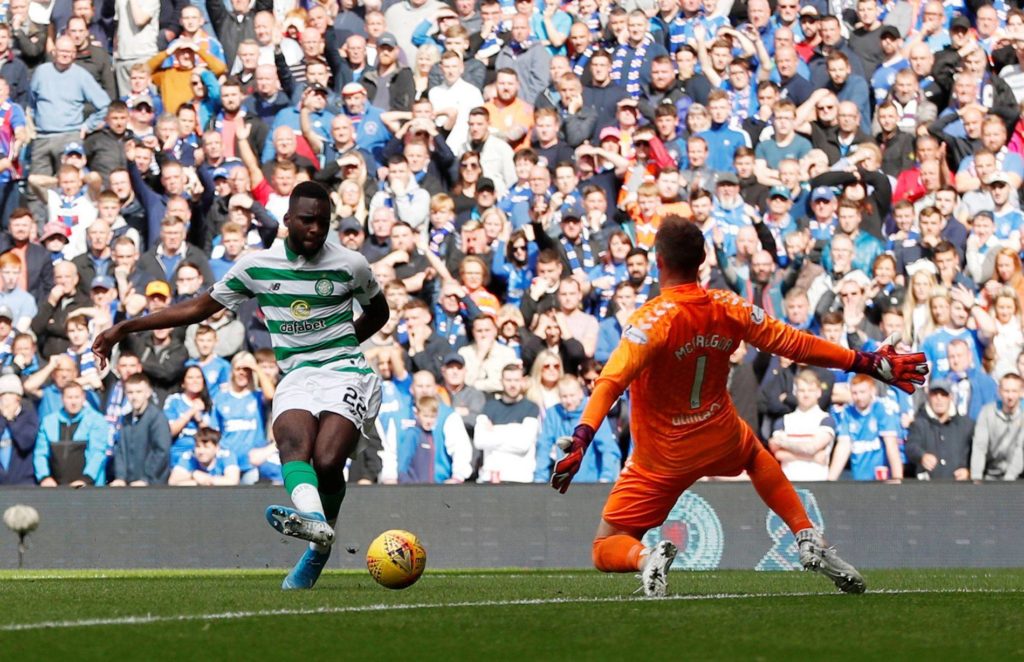 The coronavirus global pandemic has re-shaped the football environment completely and the transfer market of the next few windows will be radically different. It will be a buyer’s market with some clubs having to sell cheaply to survive and recover and that’s not a position that Celtic will be in due to years of financial savings. Now is the time for the club to spend the money in the bank and ensure that COVID-19 doesn’t even the playing field.

Edouard and his advisors will know that the Frenchman can emulate Moussa Dembele and potentially eclipse Dembele’s move in terms of stature and transfer fee. However, Edouard also knows the significance of ten-in-a-row and recognises the status that his involvement in delivering this will bring.

Previous ArticleCeltic Open the Floodgates with a Devastating Spell of 4 Goals in 5 minutes
Next Article Video: A Fan’s Song For Neil Lennon