Some really splendid football on display at Tannadice today, as Celtic, even without several key players, showed the world just what Ange Postecoglou’s side could do. 3-0 was the score, but if the score had been double that, it would have been a fairer reflection on the actual play. Frankly Dundee United were hardly in the game. 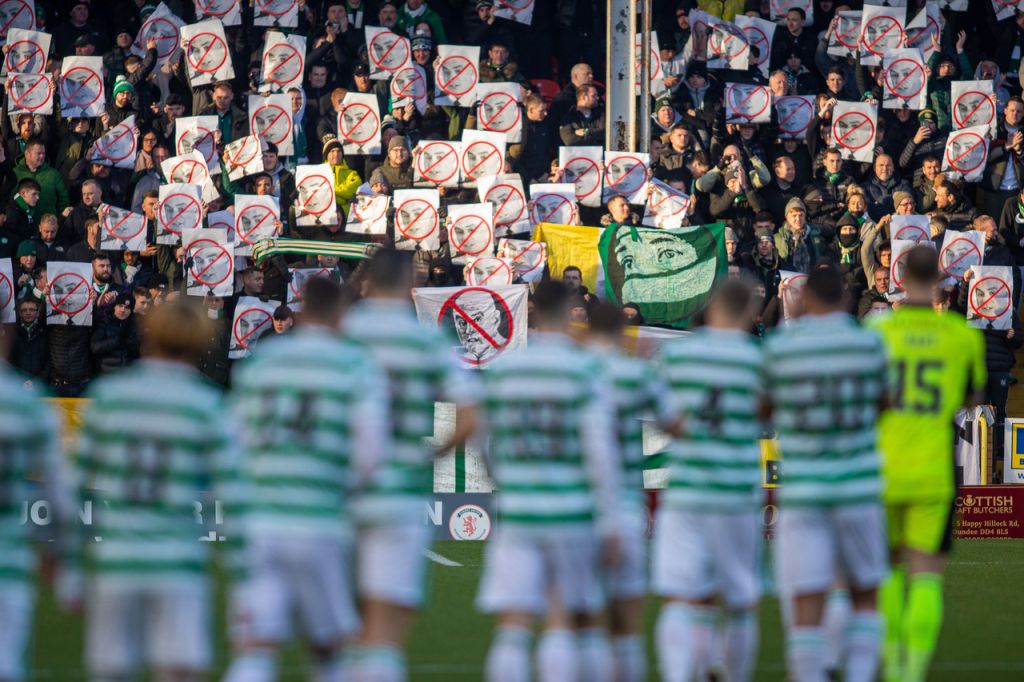 They were also very lucky to finish the game with 11 men, for Callum Butcher’s tackle on David Turnbull was as bad as I have seen for some time. To be fair to the referee (who had not a bad game overall) it didn’t all that bad in real time, but have a look at some of the replays!

Tom Rogic had a splendid game and a splendid goal. Callum McGregor also showed up well – but then he always does! David Turnbull frustrated and delighted in equal measure, and was always in the centre of the action. His goal was very well taken, but there were times when his passing and shooting were far from accurate. But the man who annoyed the most was Mikey Johnstone and we wait in vain for a return to his pre-injury form. 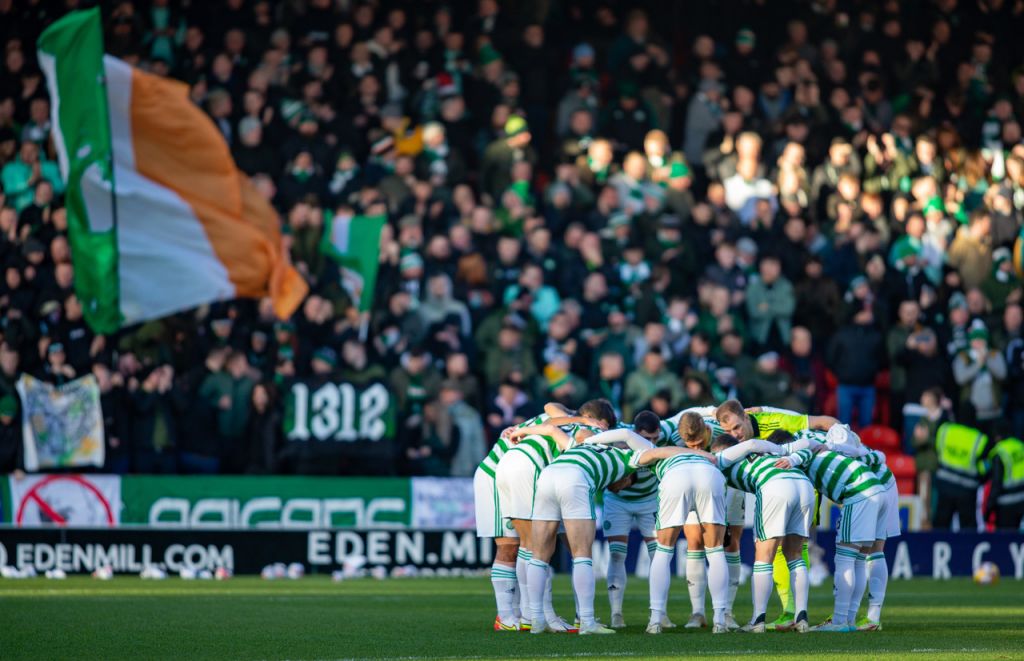 And we are not exactly short of full backs are we? Liam Scales and Greg Taylor made a welcome reappearance, and neither looked out of place with Scales scoring a very fine goal. Kyogu failed to get on the score sheet today, but he had really very hard luck sometimes. Once again he was seldom out of the picture, however, and one of these days, he is really going to hit top form. The central defenders were once again superb in a team which had very few defects, and which gives us great hope for the future. 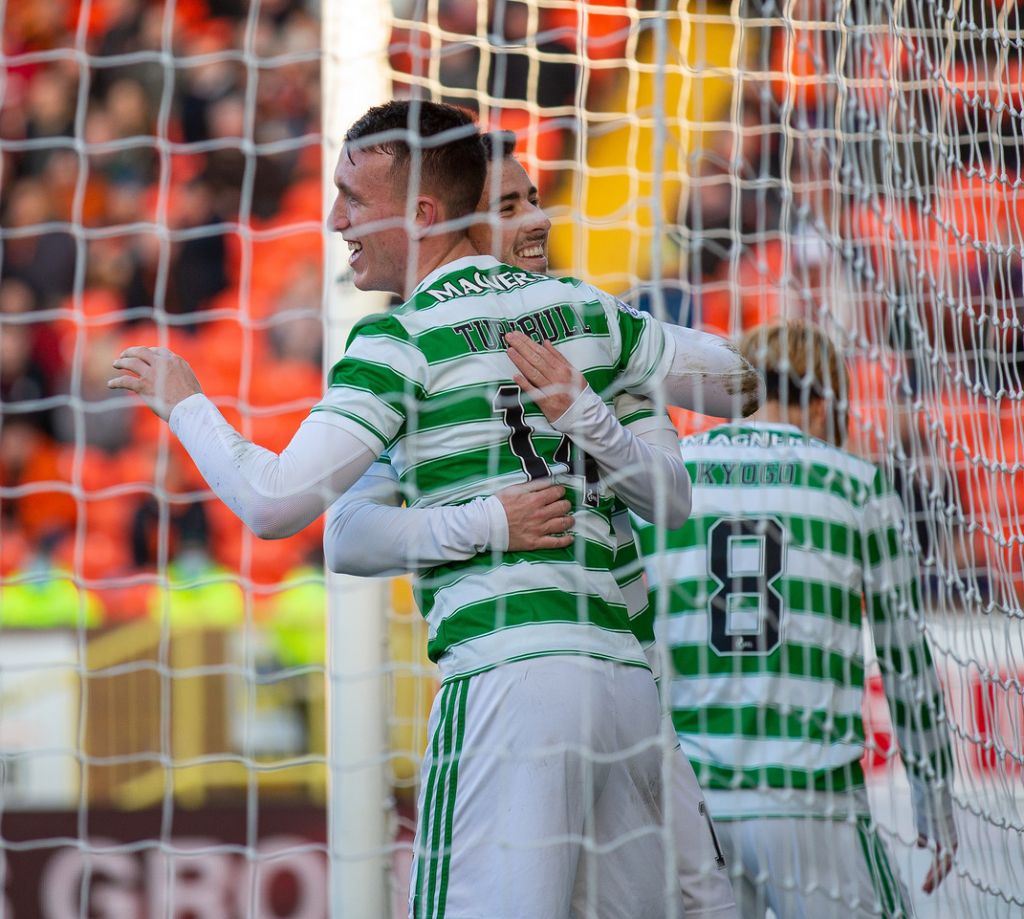 I had the fortune to be near the SKY TV box, and heard the “banter” hurled at Mr Boyd. He has done little to make anyone think that he didn’t deserve it all, but it has to be said that some of our supporters do seem to be more interested in hurling abuse at Boyd (and of course Mr Higgins) than they are at watching the football – and the excellent football at that! And I think I used the word “box” to describe SKY’s facilities. I have seen better pigeon lofts!

Tannadice is not the best of grounds these days. The amalgamation of stands is frankly a very ugly combination, and the facilities at the old “shed” end are a disgrace. The toilets are primitive and the problems of entrances and exits make one fear there will be a serious crush some day. They used to be very proud of their ground. There is little to be happy about these days. 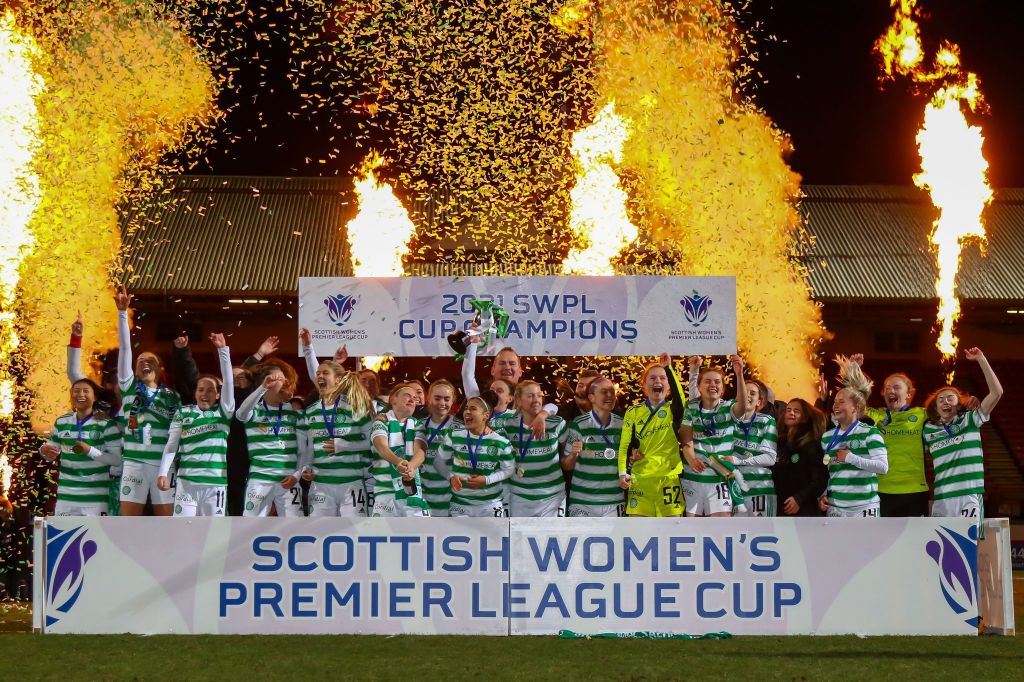 But a good day for Celtic – and full marks also to the other green and whites who lifted the Scottish League Cup at Firhill today. I repeat my belief that they are worthy of being allowed to play at Celtic Park. They are Celtic as well! Well done, Fran Alonso and the ghirls! We are all very proud of you.

Someone described it like this “Rip Roaring, Free Scoring, Never Boring, Glasgow Celtic”…and that sums it up perfectly.

“I have to be strong enough to make the decisions,” Kyogo
Toulouse admits defeat in pursuit of Celtic goal hero Stephen Welsh
The Day Celtic came back from two goals down to win the St Mungo Cup
Previous ArticleVideo: Captain Kelly And Fran Alonso React To SWPL Cup Success
Next Article Even with an ever growing injury list the Celtic juggernaut keeps on rolling