Eboue Kouassi has joined Genk on loan until the end of season. The Ivorian signed for Celtic in January 2017 from Krasnodar but failed to live up to the early hype that saw Brendan Rodgers pay an alleged £3m sum.

Kouassi did show glimpses of what he could offer in his 22 appearances, namely in the home game versus Zenit, but never seemed to hold his own at Celtic. An ACL injury last season ruled Kouassi out until this summer meaning he couldn’t give Neil Lennon an idea of what he could bring to the team.

Now, Belgian side Genk have offered the 22-year-old the opportunity to kickstart his career with a move to Belgium. Kouassi was training with his new team yesterday prior to the announcement that he would join Genk. 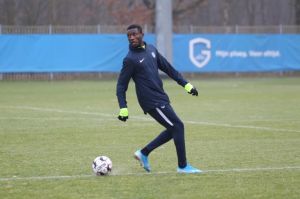 Genk confirmed that they had an option to buy Kouassi should the move be fruitful for both parties. As for Celtic, they seem happy to let the midfielder leave as they confirmed the impending arrival of Soro.

Meanwhile, ex-Celtic ‘misser’ Kenny Miller has had his contract at Partick Thistle terminated by mutual consent. Ian McCall has recruited well already this window as the Firhill side look to drag themselves up the table with Celtic’s Lee O’Connor having already joined on loan.

Miller, 40, agreed to leave the Championship side as McCall looks to reinvest the high wages on bringing in Brian Graham from Ross County. Miller, who played 46 times for Celtic between 2006 and 2007, incidentally scored the most goals against Celtic apart from Barcelona’s Lionel Messi. 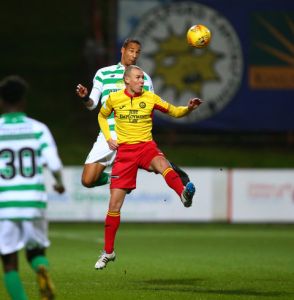 Previous Article‘We all know what motivates Kris Boyd’. He is ‘an appalling ambassador for a mental health charity’
Next Article Watch: Highlights as Celtic Win at Rugby Park