You are at:Home»Celtic on This Day»Rodgers v Strachan in UCL – WGS goes all the way in the San Siro with Telfer, McManus, O’Dea and Naylor

WHEN you think about the batterings that Celtic took in the Champions League under Brendan Rodgers to Barcelona and Paris Saint Germain – neither of whom went on to lift the Big Cup in those seasons it is remarkable to recall what Gordon Strachan was able to achieve in Champions League for Celtic.

When you compare and contract with Rodgers in the Champions League, Strachan’s achievements are impressive.Especially when he was playing a team like this one. 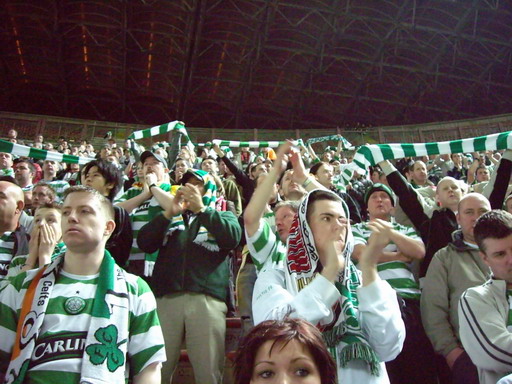 Look at that back four yet under Strachan that was the defence that kept the Champions League WINNERS that season out for 180 minutes. And there were one or two dodgy refereeing decisions that denied Celtic a clear cut penalty and that could have meant that Strachan’s side knocked out AC Milan on this day in 2007.

Celtic went toe to toe with AC Milan for 180 minutes in this knock-out round before suffering a cruel extra time defeat in the San Siro. Strachan’s side had a strong penalty claim early on when Paolo Maldini used an arm to block a shot from Jiri Jarosik. 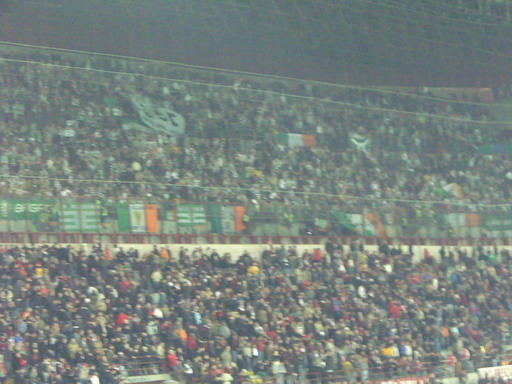 In the last few minutes of normal time Artur Boruc made two excellent saves to deny Maldini and Clarence Seedorf, while Kaka hit the bar with a shot.

So with no goals over the two legs the game went into extra time and it was Kaka who scored an excellent solo goal to settle the tie and end Celtic’s European dream for the season.

The 10,000 strong Celtic support stayed on as they always do to cheer the side even in defeat and the AC Milan manager Carlo Ancelotti was suitably impressed by the backing they gave to their team.

“This is what we need in Italy, this type of environment,” the Milan coach said. “This was the essence of sport. To hear the Celtic fans singing and chanting after the game was incredible.” 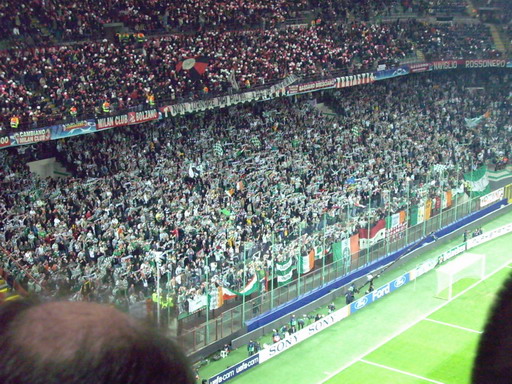 Here are the highlights from AC Milan’s perspective…that Celtic defence! You see Brendan, it can be done!

Celtic were out but with our heads held high. And with THAT back four!

AC Milan went on to the Final in Athens where the played Liverpool, with Steven Gerrard as captain, and took their revenge for Istanbul. Here’s what happened…

Previous Article‘Abuse, when it’s about your faith or your race is simply not on,’ Garibaldi
Next Article Neil Lennon – ‘What matters most is how well you walk through the fire,’ Charles Bukowski