You are at:Home»Latest»Ross County v Celtic Preview – 3-5-2, Shane Duffy and the Ajeti-Edouard Roadshow

Celtic’s stop start season picks up again – after the tedium of another International break – with a visit to the Highlands and Dingwall tomorrow to play a Ross County side currently sitting on eight points from their first six games and residing in 5th place in the Scottish Premiership.

The Scottish Government and the Joint Response Group has confirmed that the Global Energy Stadium will be a test venue for supporters this weekend. The Ross County v Celtic match at 3.00pm on Saturday, will see 300 fans – presumably including Paul the Stag – granted access under the strict guidance and criteria set out by the Scottish Government.

Actually the tickets have gone to Ross County fans exclusively via a ballot of their ‘Staggies Army’ members. For those chosen it’s bound to be a sterile atmosphere with strict instructions not to sing, shout or cheer. Those chosen must also wear a mask, sit on hands, wear goggles and talk to no-one and only a couple of those are untrue. Strange it may be but we’re all hoping this could be the beginning of fans being allowed back into stadiums on a more regular basis and in greater numbers so however it starts it’s just important that it does.

For those not attending the game you can watch the encounter on Ross County’s Pay per view channel for £15. It will be interesting to see how many take up the chance and for County they’ll be hoping of a big uptake from the ‘away’ support to help swell their coffers during such tough financial times. And fair play to them too!

Get yourself set for the return of the Premiership this weekend by ordering your PPV of Ross County v Celtic now! 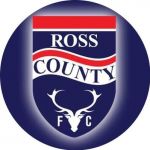 The close season saw County dispense with their previous two-man management team. June saw Ross County announce that Stuart Kettlewell would take sole charge of the club as manager. Kettlewell had shared the role of co-manager with Steven Ferguson for the last two and a half years and as part of an internal restructuring at the Scottish Premiership club, Ferguson has now taken up the role of chief executive.

And while it’s been big changes off the park for County, on it has seen a streamlining of the squad that could perhaps more aptly be described as a cull.

18 players have left County so far and only six have arrived. Of those leaving the public fallout from the exit of Richard Foster – who has since joined Partick Thistle – was perhaps the most high-profile. Foster was joined by ex-Celt Marcus Fraser moving to St Mirren, Don Cowie calling an end to his playing career, whilst Lewis Spence headed south to Scunthorpe United and striker James Graham took the questionable career choice of joining ‘the’ Rangers. The most recent exit was announced just this week as former Leeds United and Motherwell striker Lee Erwin left County to join Fraser at St Mirren.

Coming into the squad County have added Connor Randall from Arda Kardzhali – nope me neither – Carl Tremarco from local rivals Inverness Caledonian Thistle, Regan Charles-Cook and Alex Iacovitti from Oldham Athletic. The squad has also been further supplemented by the loan signings of Stephen Kelly a midfielder who joins for this season from ‘the’ Rangers and our very own Ross Doohan, as the Celtic goalkeeper heads to the Highlands looking for further first team football following a successful loan spell at Championship Ayr United last season.

Despite the overhaul in playing staff it’s to the credit of manager Kettlewell and the players that Ross County had started the season well.

County began the new campaign with a Monday night Sky TV encounter and after weathering an early storm defeated Motherwell thanks to a 24th minute penalty from Ross Stewart. It was the perfect start to the season for the Staggies who followed up by making it back to back wins as they defeated Hamilton Accies away from home with a Billy McKay strike 14 minutes from time.

Their following game saw the Staggies drop their first points of the season but it was a result that probably felt like a win. Having gone ahead in the 15th minute against opponents Kilmarnock through Ross Draper they fell behind to goals from Kilmarnock’s Power and Burke in the space of seven second half minutes, but an 80th minute goal once again through Ross Stewart from the penalty spot earned a point and maintained an unbeaten start to the season.

Ross County 2-2 Kilmarnock | Both Teams Take Away a Point! | Scottish Premiership
Both teams earned a point as both recovered from going a goal behind. Subscribe to the SPFL YouTube here!: https://goo.gl/jq3jXN Like us on Facebook: https://w…
youtu.be

Confidence then must have been high. Yet in their last three games the wins have dried up for County. Their next home game saw them lose to Premiership new boys Dundee United 2-1 and there then followed a 1-1 draw away to 10-man St Mirren in Paisley, before losing again prior to the international break as they went down to a 64th minute Jon Guthrie goal away to Livingston, following the sending of new signing Carl Tremarco.

If County are looking to get back to winning ways after the break for the Nations League games then Celtic’s visit may not have topped their list for choice of an opponent against which they would expect to return to form.

In terms of Formation County may be a little difficult to predict. Their first three games saw them adopt a steady 4-3-3 formation and it appeared to be working.

However, following their 2-2 draw with Killie Kettlewell changed to a 4-2-3-1 for the defeat by Dundee United and continued with the change in set-up for the draw with St Mirren. It was then time for a change again and for the visit to the Tony Macaroni and in the defeat to Livingston County adopted a 3-5-2 formation for the first time.

It’s fair to say the change for the Livingston game may have had a lot to do with playing on Livingston’s plastic pitch and it would be a surprise if County continued with that against Celtic but it’s a possibility given it would allow County to play with five at the back if they wished to give them some protection against Celtic’s forward players.

Given the players are unused to the formation and the only time they used it resulted in defeat, it may be safe to assume Celtic will face a side playing with only one forward and that is likely to mean Kettlewell will return to the 4-2-3-1 formation and see if that will allow County to get a foothold in that match, at least at the start.

Given Celtic’s Kris Ajer and Christopher Jullien in particular struggle with target men then County’s Ross Stewart may be the concern for Neil Lennon on Saturday. As the saying goes, he’s got a good touch for a big man but his physicality is what is likely to unsettle Celtic’s backline. 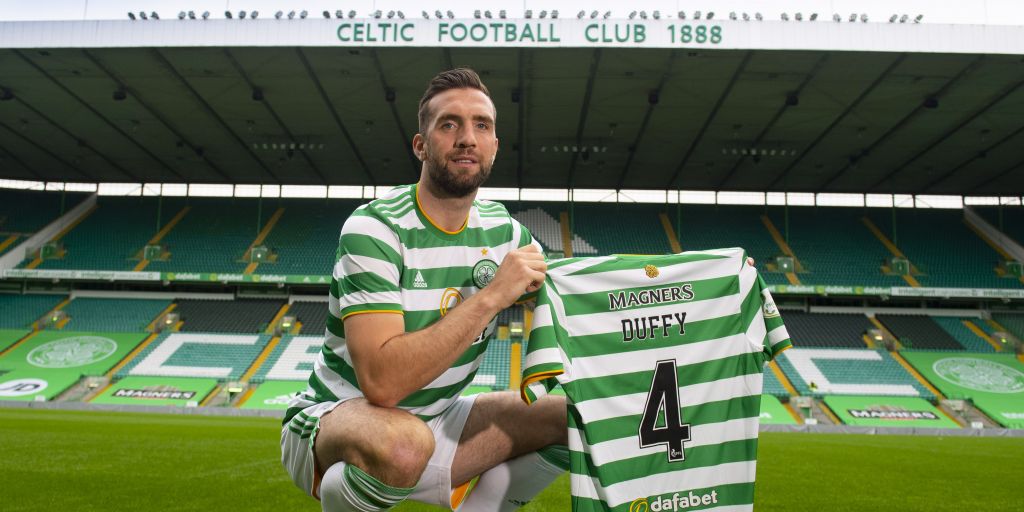 But wait! There’s a new Bhoy in town and he doesn’t mind a battle. As such it will be interesting to see if Lennon throws Shane Duffy in for his debut in the Highlands and indeed if he switches to a back three to accommodate the new signing. If so, Stewart may have a tougher afternoon than he was expecting.

Another reason for hoping Celtic will adopt a 3-5-2 formation is to get a few more bodies in the box. With Stewart Kettlewell taking Celtic’s Ross Doohan on loan this season and with the ‘keeper being unable to face his parent club, then County’s second choice goalkeeper may be the man to target.

Ross Laidlaw then is likely to be the man given the gloves on Saturday and it’s a chance for Celtic to pile the pressure on a goalkeeper not up to match speed. What better way to do that than to debut the Ajeti-Edouard partnership we’ve all been waiting to see. Even the thought of that would be enough to give County’s back up ‘keeper a sleepless Friday night. 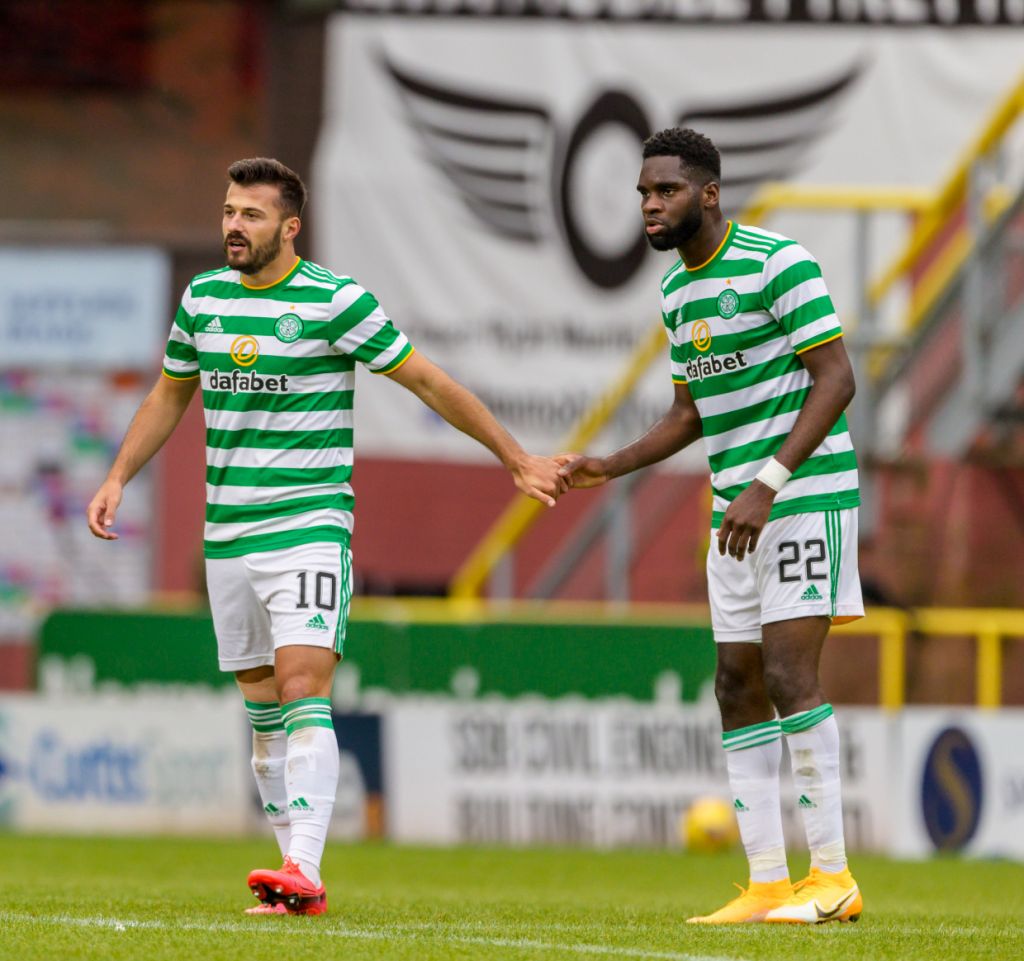 Despite Celtic struggling to get up to speed this season there were certainly signs against Motherwell – in the second half in particular – that the Hoops were beginning to get into a stride. County’s pitch is a good surface and is big enough to get the ball down and play. I think we all want to see Celtic return to a 3-5-2 formation and with Shane Duffy signed up for the season and both Ajeti and Edouard you’d hope now fit enough to start as a long awaited partnership, it may be that Ross County become the first victim as Celtic release themselves from the shackles of a 4-2-3-1 formation and play two strikers.

If they do Ross County may feel the wrath of a Celtic side let off the leash. Celtic have more than enough whatever the formation to defeat a Ross County side that had started the season well but showed signs of a drop of in form prior to the international break.

A return to a 3-5-2 formation should add a few goals to what should be a comfortable and welcome three points for Celtic on Saturday.

Some Celtic goals at Dingwall. pic.twitter.com/F0uZjuDRu6