You are at:Home»Jim's Diary»‘Rudi Vata, the first Albanian player to wear the Hoops, scored, on this day in 1994,’ Jim Craig

On 5 March 1994, Celtic had beaten St Johnstone 1-0 in Perth in a Premier Division match.

It was first game of what would be called the ‘Fergus McCann’ era.

24 hours later, on this day in 1994, a Celtic squad, under the leadership of manager Lou Macari, travelled to the west coast of Ireland to face Sligo Rovers – at that time managed by ex-Celt Willie McStay – in a friendly at Showgrounds.

8,000 turned up for the occasion and Celtic won 1-0, the goal coming from the first Albanian player to wear the Hoops – Rudi Vata. 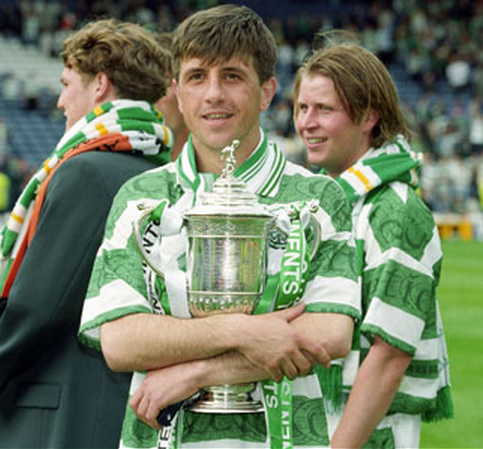 Previous Article‘We had to contend with the boardroom battles behind-the-scenes, that turmoil and upheaval affected us,’ Mike Galloway
Next Article Kristoffer Ajer is looking forward to maintaining Celtic’s 100% Ibrox win record