Ryan Christie has become a source of frustration for a large amount of the Celtic support. The player is undoubtedly talented but the source of frustration comes from his decision making, often to shoot on sight from outside the box. The player has been tipped to leave but former striker Chris Sutton has said that Eddie Howe could make him a favourite at Celtic Park once more.

Christie’s Celtic contract is reportedly up next January, meaning he is free to sign a pre-contract in the summer. Christie is definitely one that would prosper under a new manager but he may fancy a move to England and follow the example of Stuart Armstrong. Chris Sutton wrote in his Daily Record column that Christie could have his Celtic career rejuvenated by managerial favourite Eddie Howe.

“Christie was understood to be the subject of interest from Bournemouth a couple of years ago. And we all know who the Bournemouth manager was back then.

“If Eddie Howe walks in the front door of Celtic Park and tells Christie he’s going to be a main man, it might just sway the situation.

“Remember the effect Rodgers had on James Forrest? The new boss made a point of singling him out and telling him how important he could be to him and the rest is history.

“Forrest reacted to that when he looked odds on to leave. Although it’s unlikely I wouldn’t completely rule out the same thing happening with Christie if it is Howe who does indeed arrive.” 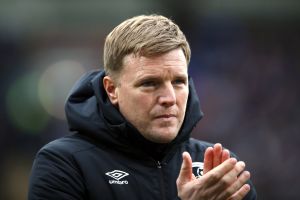 The fact that Christie has had an indifferent season is not surprising considering the rest of his teammates suffered the same fate in a season that was supposed to go down in history for the right reasons. However, this could be attributed to the lack of coaching at Lennoxtown and even then 14 assists and 7 goals is not a bad return for an attacking midfielder.

Signed from ICT in 2015, Christie continued his progression being loaned back to the Highlands then spending eighteen months at Pittodrie under Derek McInnes. He appeared to bulk up and add consistency to his game, meaning he was ready to be integrated into the Celtic team or be sold on.

Christie broke through in the first team under Brendan Rodgers, scoring and assisting at Murrayfield in The League Cup Semi-Final win over Hearts. Since then, he has become a main stay in the Celtic team. Howe, meanwhile, has a reputation for cultivating and improving talent (much like Brendan Rodgers) so the young, promising Celtic contingent may look at his appointment favourably.

Previous Article“If your picture is blurred, do not adjust your sets, this ground is actually shaking”
Next Article Opinion: Celtic should consider La Liga goalkeeper to replace Vasilis Barkas