You are at:Home»Latest»Sad day today, requiescat in pace Ian Young

SAD news today from the club as Celtic announce that former Celtic defender Ian Young has passed away, aged 76. Ian players for Celtic between 1961 and 68 and injury cost him his chance of playing for the club in the Lisbon.

Ian Young is perhaps most famous for his performance in the League Cup Final of 23 October 1965 against Rangers when in the first few seconds of the game he put in a “crunching” tackle on Willie Johnston the Rangers winger. It set the tone of the match in that there was no way this time that Celtic were going to lie down and be second best to Rangers’ brute strength. Read more about this a little further down.

Celtic went on to win 2-1 although Ian Young put through an own goal in the dying minutes which – thankfully – did not matter. He had cleared a certain goal off the line at one point in the game, and as for the own-goal, in his own words, “My own goal glanced off my head and was going in any way – that’s my story and I’m sticking to it!” 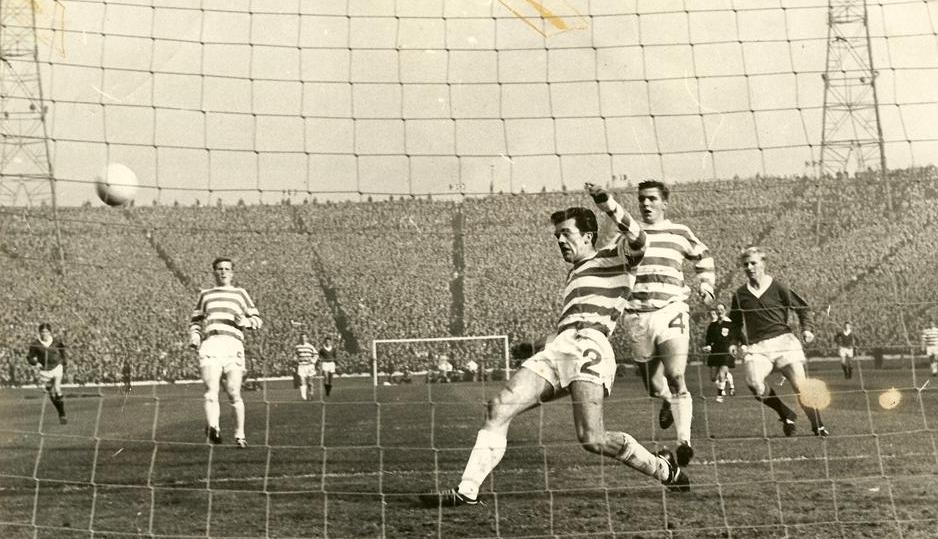 You all know the song… 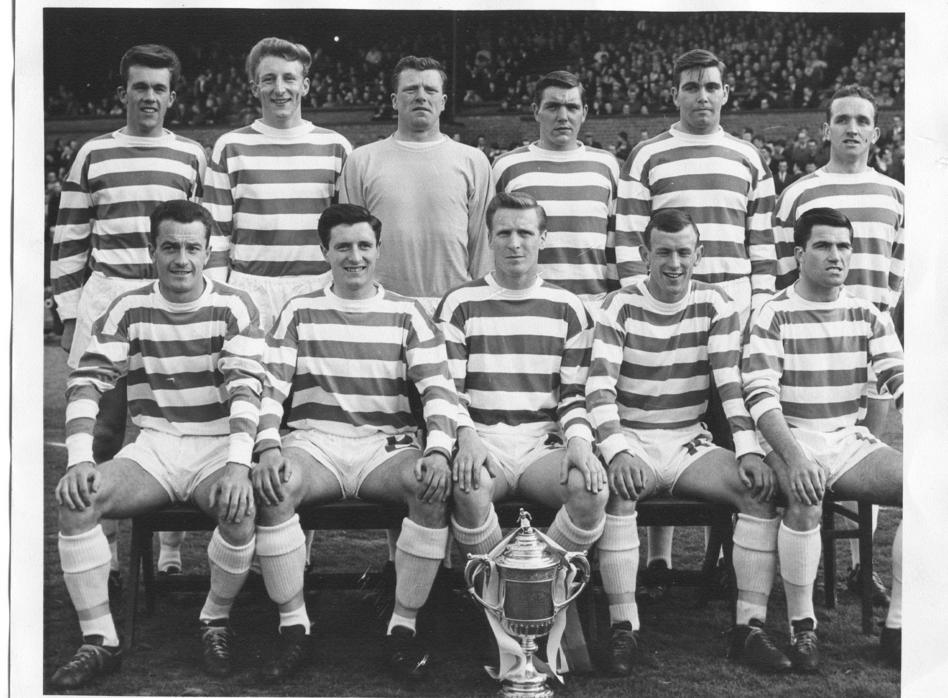 “Everyone at Celtic Park was saddened to hear that former Celt, Ian Young who played for the club from 1961 until 1968, passed away suddenly after illness at the age of 76. Had it not been for an untimely injury, Ian Young may well have been part of the Lisbon Lions side that swept Inter Milan aside in May, 1967, and he could have enjoyed a more prolonged career with Celtic.

“As it was, his misfortune allowed the likes of Willie O’Neill and then Jim Craig a chance to shine at right-back, and it was the latter who would establish himself in the position and take to the field in the Estadio Nacional
Seeking first-team football, the defender eventually departed Paradise for Love Street in 1968, where cruciate ligament damage would cruelly cut short his professional career at just 27.

“Nonetheless, Young, could quite rightly reflect on his Celtic career with great pride. He was a regular in the side when Jock Stein arrived at the club and helped Celtic end an era of underachievement to become the dominant force in Scottish football.

“Young starred in the important 1965 Scottish Cup triumph – the club’s first trophy in eight long years – and he was also in the team which overcame Rangers in the League Cup final of the same year. This was another significant turning point.

“And while he wasn’t at Fir Park to join in the celebrations as the Hoops won the first of nine successive titles in 1966, he certainly played a vital role in that success. 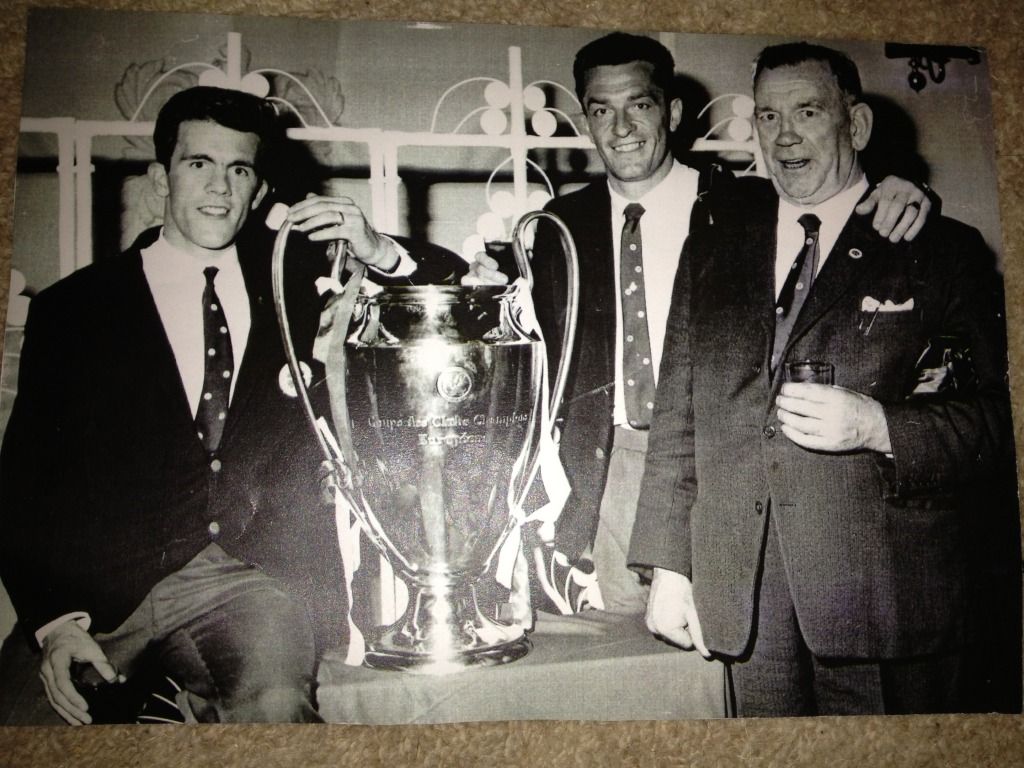 “Joining from Neilston Waverley in June, 1961, Young was also farmed out to Neilston Juniors, and he scored three goals in 133 Celtic games before his move to St Mirren.

“The thought and prayers of everyone at Celtic Football Club are with the family and friends of Ian Young at this sad time,” the club’s official statement said.

Here is some Celtic supporter reaction to the sad news on social media.

Poignant that Ian Young has died three days after Celtic won the League Cup final. Ian helped to beat Rangers in ’65-66 LC final, was part of the side which ended Celtic’s 8-year trophy drought (’65 Scottish Cup) and first of 9 in a row before injury. Rest in peace Ian. #CelticFC

🎶”There’s Fallon, Young and Gemmell who proudly wear the green”.🎶

You may never heard of him but you are mistaken as he is mentioned in the famous Song “Celtic, Celtic, That’s the Team for Me”. Forever immortalised in Celtic supporters’ culture. 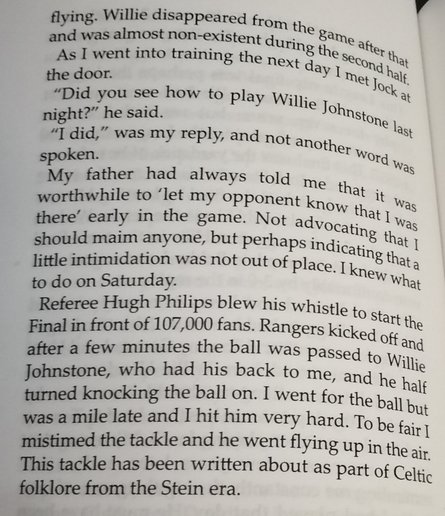 Here is his take a “tackle (that) has been written about as part of Celtic folklore from the Stein era”. 😁https://t.co/DSd3hQP35x pic.twitter.com/9iSO2D51JP