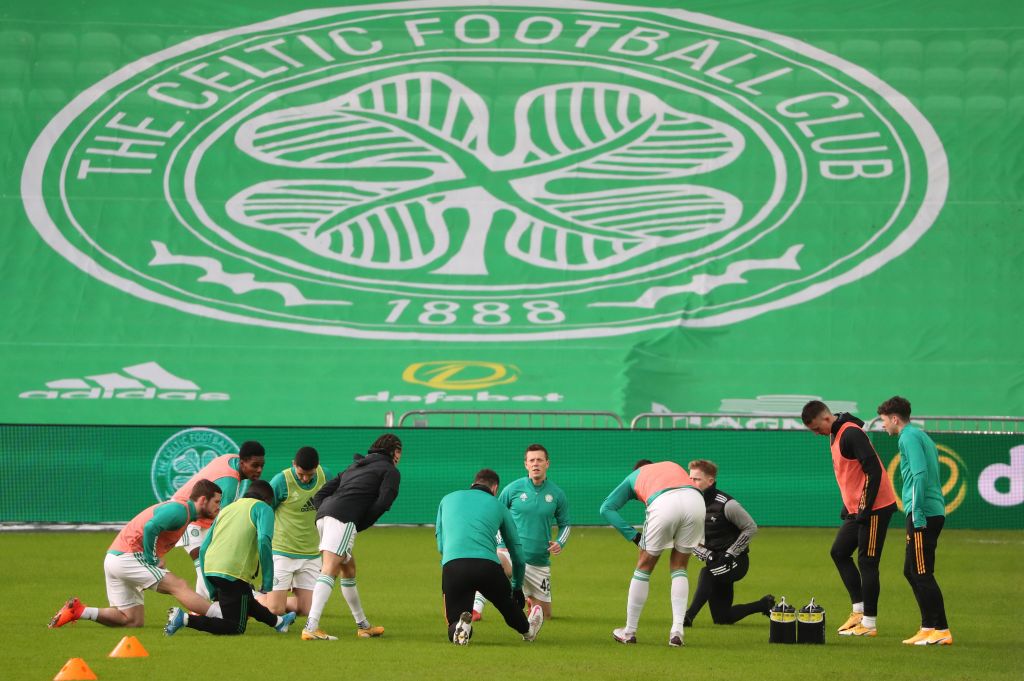 HAZARD – 5/10 – We’re into the roaring 20s right enough and his flapper dance to chuck the game against Hibs inspired no confidence that he can grow into a stalwart Celtic keeper. Today, there was still the less-than-commanding presence he brings to the six-yard box and the evident unease of his defence. Shot-stopping must be his strength. We will see.

TONY THE TIGER – 7/10 MOTM – Booked for the type of tackle… we’ve missed. Appeared to be upsetting the rest at times with his desire to win. Certainly gave his all and delivered decent crosses as he advanced more and more, lacking support from the evaporating Pingpong second-half. But he did his job well, COMPETED, and delivered THE killer ball of the day that SHOULD have been the winner. 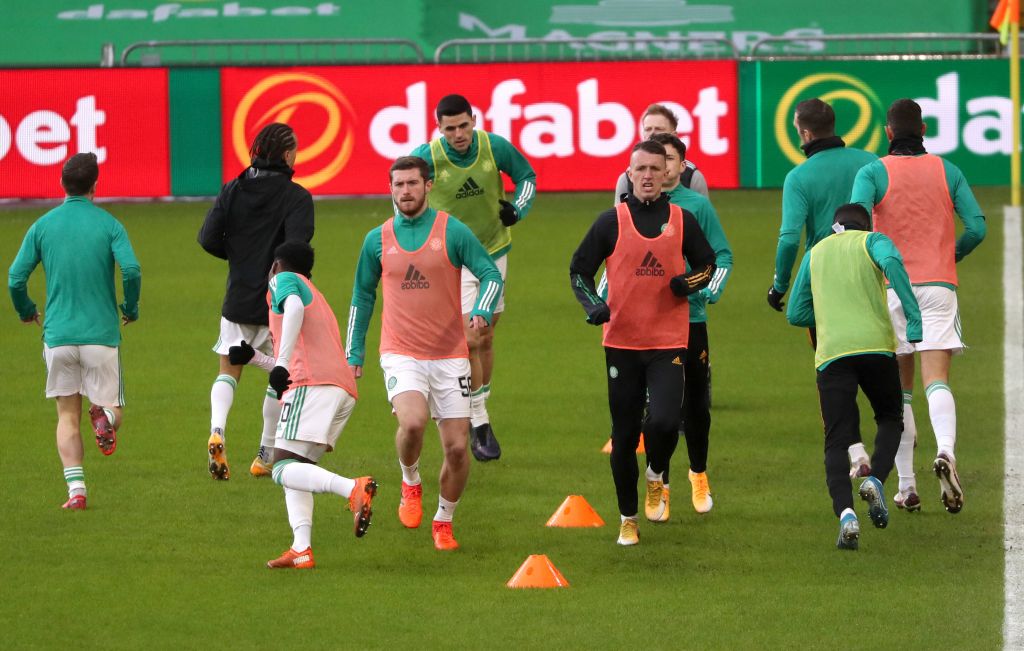 DREXL – 5/10 – That erratic eccentric streak is surfacing too often now as the pressure to perform grows. He’ll still keep coming back for more but we need him to show real quality to overcome the challenges of jammed flanks like he faced today.

ALAN LADD – 5/10 – There to win the ball. Well, he doesn’t, mostly. And suddenly he’s flaming Beckenbauer, ball at his feet, the Celtic playmaker stepping out from the back, head up, looking… Like a goat staring at a new fence; That’s the point I always shut my eyes.

BITTON – 6.5/10 – Raging he didn’t decapitate the Colombian unmentionable and get a longer ban. But coming back fresh from Wrestlemania we hoped for a bit of confidence and cool added to the ramshackle defence. Thankfully, that’s what we got as he made some vital blocks and tidied up as things got frantic around him.
He’s not even a centre-half but in this time of crisis he’s our best centre-half. Remind us, exactly how did that situation come about, Peter?

MAN OF – 6/10 – Busy. Not in the way he, or we, hoped; his day was occupied trying to stifle a motivated, energetic opposition midfield that threatened to swap him whenever he was on the ball. At home. Versus Livi. Flaming hell.

CALMAC – 6/10 – I’ve been harsh on Calmac’s missing person act over the recent period, but I’m coming to believe it’s maybe more the Celtic gameplan that alienates our pivot and reduces his participation to bit-part involvement when the whole opera should be conducted by him. More on that later…

Today he appeared intermittently once more, hitting an early screamer that gave Livi their first scare of the game. But it’s so unusual to be surprised seeing Calmac on the ball when we’ve been so used to the ball being his for almost every decent passage of midfield play for so long.

EDDIE TURNBULL – 4/10 – Played like a man of his age. Drifted around with early threat but was ultimately ineffectual, invisible, and off the pace with clumsy touches.

ROGIC – 5/10 – Battled gamely enough but on a day like this we needed him on his tip-toes and he was moslty stuck on his heels, hounded and crowded out of creating anything of note. 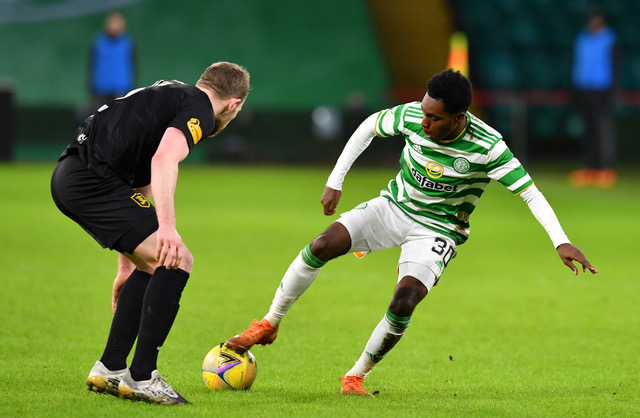 “This is a double-headed coin I’m flipping, Pingpong, call it…”

Such jiggery-pokery and everyone launching off their seats screaming, ‘Cut it!/Shoot!” and every time the inexplicable opposite reaction just to completely contradict every physicists’ model of universal cause and effect ever computed. He remains an exciting, exasperating, bewildering prospect who can disappear out of a game as easy as he explodes into it; like the second 45 today. 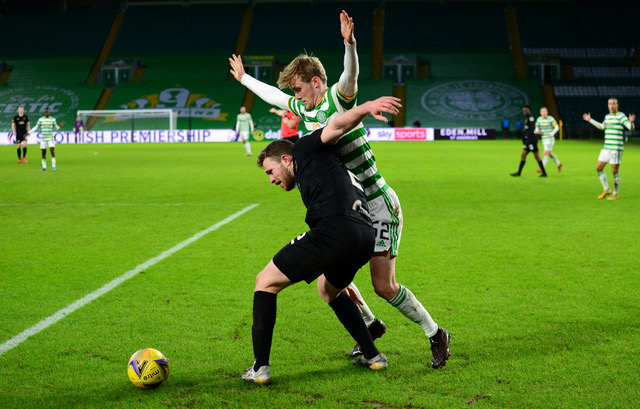 HENDERSON T-9000 – N/A –  Another Henderson beamed back from the future. Not able to replicate his clone’s Lille cameo yet.

FLEX ARMSTRONG – N/A – Flex a little bit further with yer left peg and you could have been a hero, son. 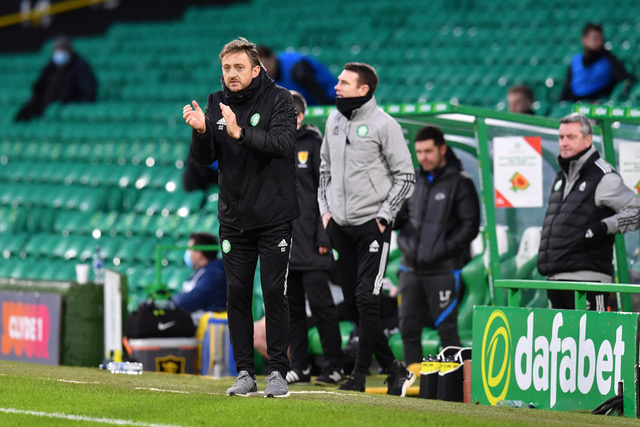 STRACHAN JR – 5/10 –  ‘The undefeated Gav’ they call him in his house. Was he just carrying out orders or was he calling the shots? We’ll never know but he’s the man in the firing line for the ineffectual timid display of a team lucky to escape with a point. A team with no strikers on the park. At Home. Versus Livi. Flaming hell. .

OVERALL – 3/10 – My head hurts. First ten minutes was like watching us try and keep Barca or PSG at bay. Celtic hanging in the game. At home. Versus Livi. Flaming hell.

And it tells a story of a bigger picture. One where the brush strokes got lazy and haphazard and attention to details got shrugged aside for incomprehensible abstraction.

I’m talking about regimes, art students. We’ve become a side reliant on individual quality over structure and rhythm. When individuals are flat, like as most of this season, there’s no unifying layer to fall back on. 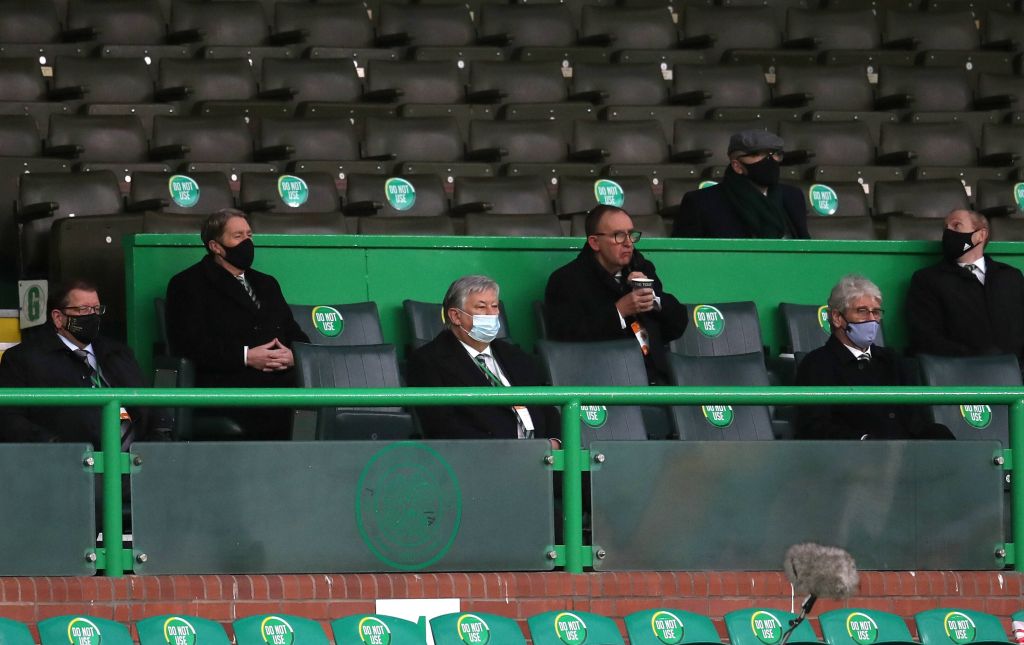 Players are at best over-privileged young men incredibly well rewarded for their talent, but given too much responsibility they tend to get into comfort zones. Only the truly great are self-motivated enough to demand
100% of themselves every outing. They respond best as a pack of wolves to an alpha.

Of all the utterly demented toxic mince that’s bubbled to the surface this season, one single admission struck me the most as the telling moment, the smoking gun: Sparky recently admitted he wasn’t fit enough back
in August. Apologised and said he was getting it together.

Sparky’s Sparky and didn’t realise what he was telling us all; well, telling me certainly – he was the canary in the coalmine; evident that if there was nobody on top of him making sure he was fit enough for the TEN, then evident that this regime had gone soft, careless and apathetic through a summer they needed to be hammering home the importance of the coming season…

The season most pertinent – the season to secure a historical achievement never to be matched or surpassed. And it was assumed, when it should have been desired. 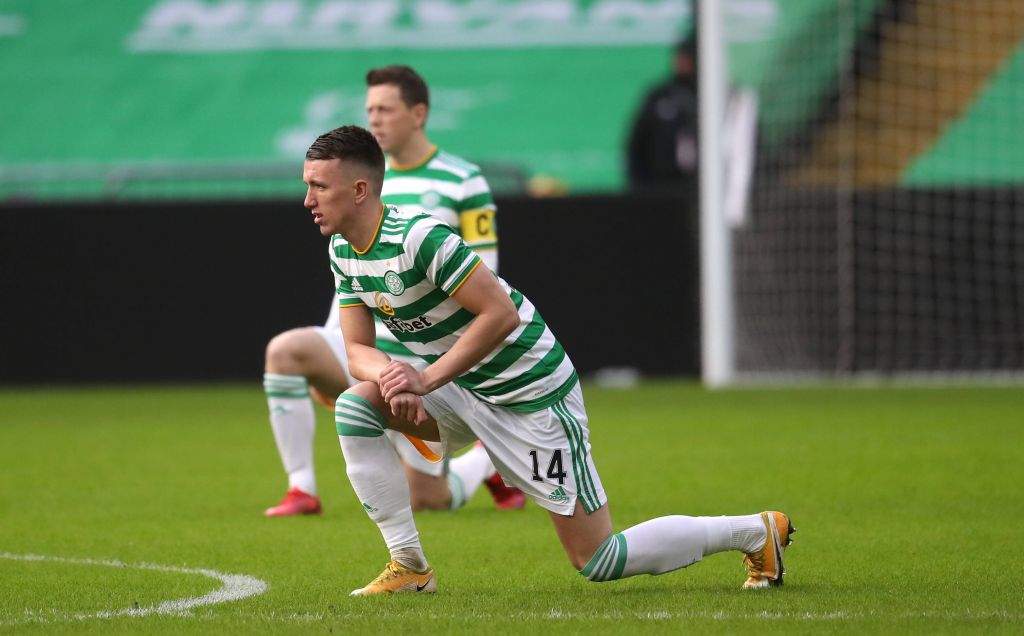 And now, as once-dominant champions prepare to take the knee – in mid-January FFS – we get the recriminations and rueful admissions of ill-prepared players and we witness the transition of such blasé attitudes onto the pitch as reduced conditioning allows lesser sides of journeymen to nullify our talent.

All theRangers needed to do was stay fit and organised and focussed; they didn’t even need to outplay us. We underplayed ourselves. Shame on you, Celtic.

‘Mon the Covid. Sweep it all to the bins of history. 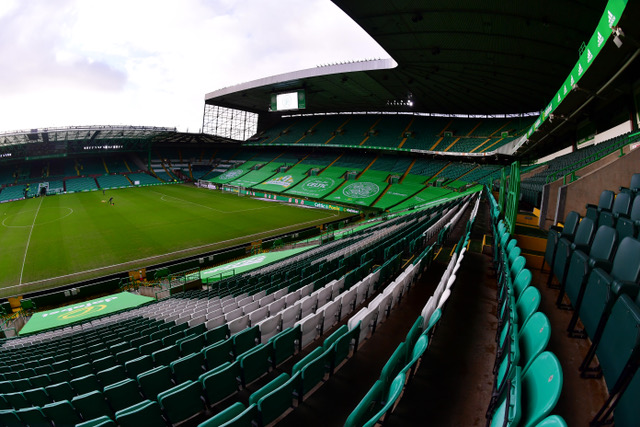