“Breaker One, Breaker One, might be crazy but I ain’t dumb, crazy Cooter coming at ya, anyone home on the Hazard Net. I hear them Rangers is a comin’…”

Granite-jawed monument to the greatest yellow jersey in sport – yes, I mean the Celtic goalie tap, flustered cyclists. Stood like one too, as play raged way ahead of him. This is where he’d make a great advert for Nintendo Switch, keeping himself amused until the Bhoys lapse and the round patterned white leather thing he often forgets about heads his way. ‘Wall see ball. Wall save ball. Wall Good.’ Needs to work on his mantra. 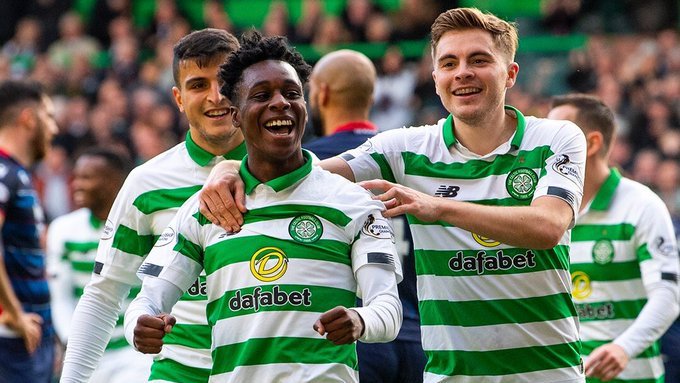 Could this dynamic kid bring his far-Eastern shady bar-room table-tennis skills to Paradise? Well, he was generally floating up and down the right as henchman to Jamesy. Would he have the same impact as his Partick debut?Wandered a bit out of position occasionally first half as they sprung a break or two but never a game to judge the kid on as the big Bhoys took over to eventually throttle the Deliverance IX’s resistance. He paid his dues by setting up his wing-partner for the fifth. Lively and entertaining as we ran riot. One star for the future. Good experience for him. 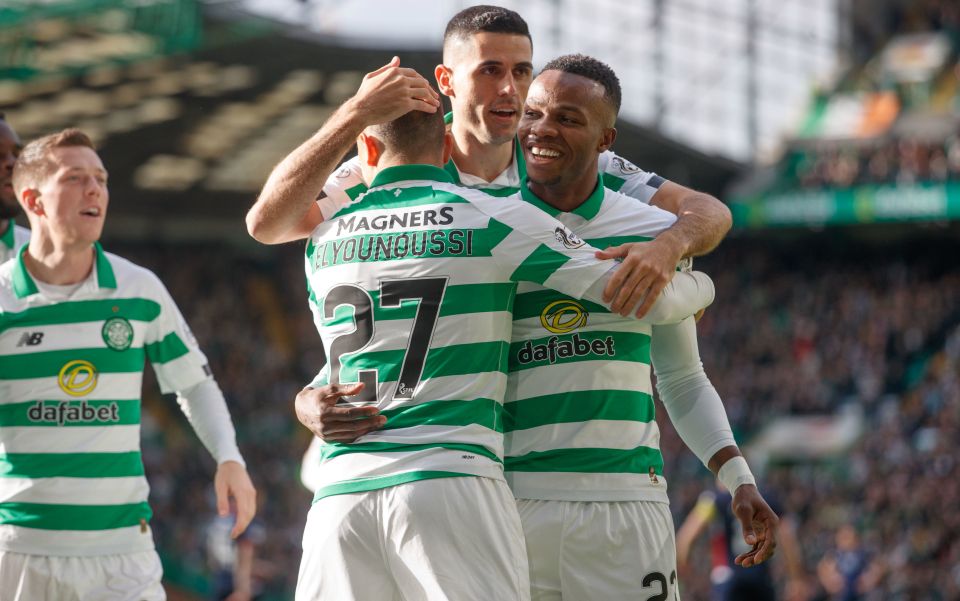 He has a level of consistency we’re beginning to see but are unable to calculate the effectiveness of. You can count on Sincy’s identity thief to tirelessly work his flank and you can hope his percentage return is on the positive – he’s managing that, Livingston aside, and possibly gaining the benefit of the doubt of a support generally feeling abandoned by KT. Tough ask but he’s too mental to worry about failing.

Tuning himself up for Nazio on Thursday – getting the Viking timing right – a skill forged in youthful sword and shield battles on the shores of the Fijords. Secure mostly, and added some showboating – or should that be long-boating? – towards the end.

Announced himself to the game with a big gay shove on one of their uglies outside our box whilst shouting ‘bi-itch!”, then delighted me by having a header cleared off their line as I usually bet on him to score with his heid but neglected such today… I was convinced we’d find other ways to score, so thank-you, universe.

Stoical, grim and uncompromising – back to what he does best after the Livi huff. Menaced a few of their antagonists as we got on top, kept turning the screw and prompting the creatives around him to make it count. Captain’s task on his shoulders, knows how important those three points were. Job done. 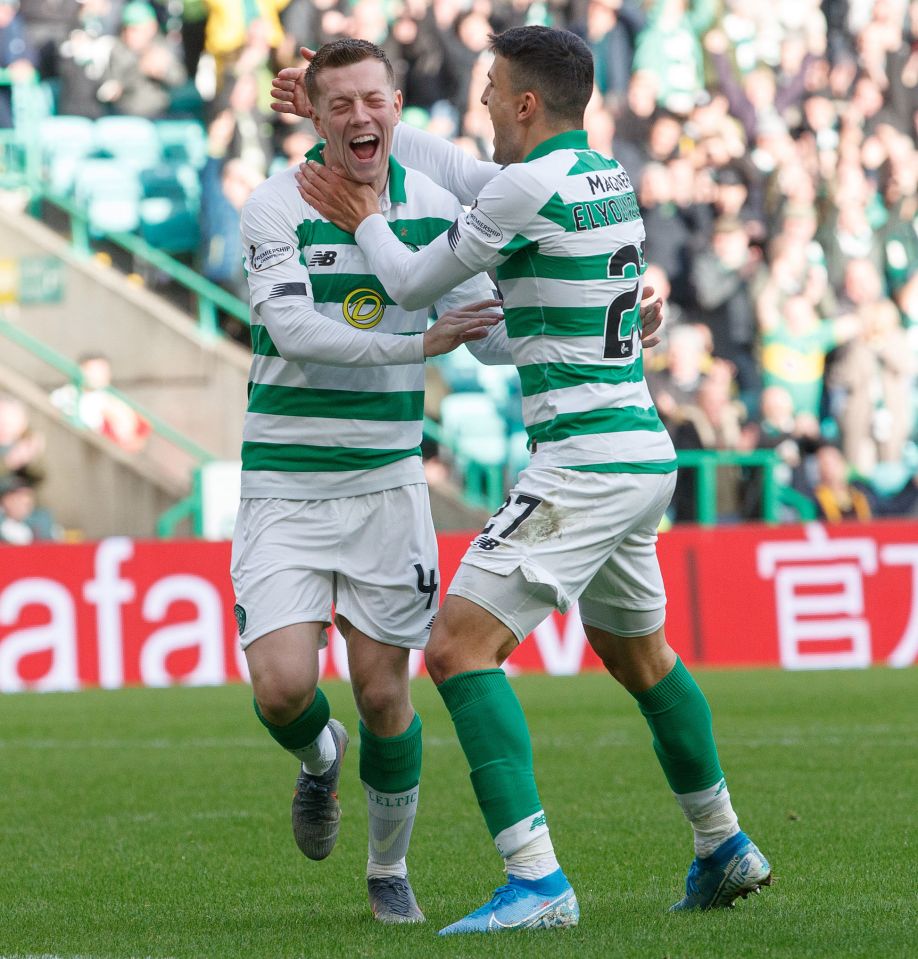 Involved for the first but took him a little while to gain control of the middle, probably the depression of playing for Scotland hanging over him. Should have finished off goal of the season counter before half-time but leathered the post instead. Then he got his eye in and joined the second-half rout. Never over-extended, saved enough energy for midweek and beyond, hopefully. 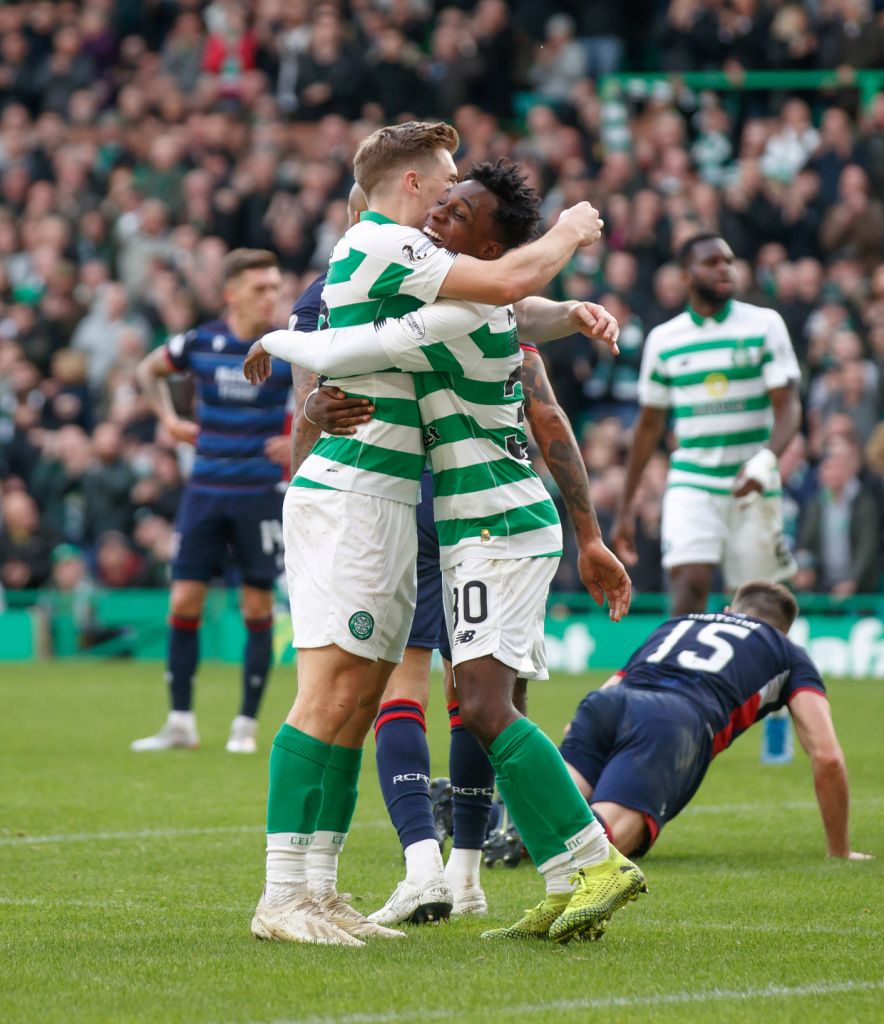 Takes Jamesy a wee while to warm up (Ladies…) as the weather Gods inject a chill factor to the air, but there was enough sunshine for him to add some dazzle – denied by a great save as he began to find space and cause damage. Also dropped inside and deeper second half to double-torment them as an addition to his wing play, involved in most goals, a performance of great effect.

Hey, Tom! Hey, TOM! Wake up, second half’s starting… and so big Oz realised everything moving around him wasn’t a dream after all and it really had been the first half. So he ambled about for the second 45, finding his big clown feet and displayed some of the reservoir of guile he’s got in reserve to come with match-sharpness.

Was so lost a fortnight ago, it took Dr.Livingstone himself to find the wandering Mohammed. Luckily his return to civilisation was immediately celebrated with a sweet strike as he started in high gear, cutting through them like a possessed wifie at a January sale (see what I did there, WOKE SJWs? Triggered?). Started to really enjoy himself and threw a Rabona into the mix, at which point some of the hillbillies in the away support (the minibus full…) made effigies of him to worship. Deflected in his own second goal as he drifted in and out of the second half. Looking dangerous with mounting game-time. 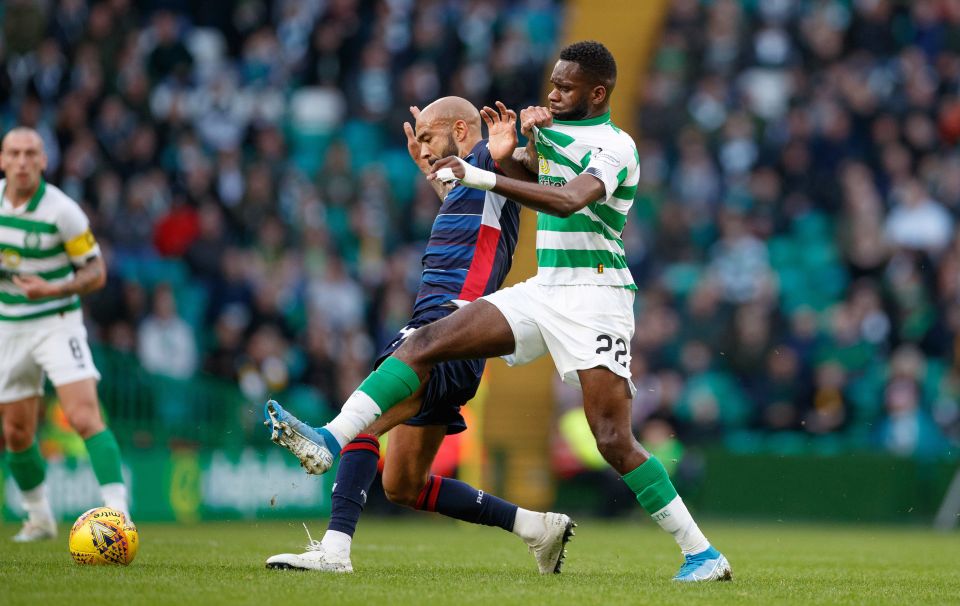 The new greatest French striker ever looked as sharp as a mongoose in a zoot suit walking a razor’s edge; how he didn’t get his just rewards early on was down to witchcraft – a hat-trick by half-time would have been fair return. Then, minutes into the restart he pounced on a lumbering Yeti’s head-butt on a worm and started the avalanche. Scored another soon after – or did he; thought it was a poked o.g. but later highlights will tell. All round class – layoffs for first and third cementing his level above the rest.

Well, ‘project’ can still apply to the big Cameo impersonator – nice cut to set up our 6th then a marvellous reprise of the old Hi-Karate advert to entertain as he absolutely smashed a volley through a pocket of thin air. Got involved well after coming on cold. If we can occasionally marry-up this Bhoy with the ball there could be fireworks…

Return of the Secret Mossad Cloning Project. Looking lean and mean and able. Makes me more confident in our defensive solidity and turnaround capability when I see him on the park this season. Stay fit. Crush Thems.

On with some time to Disco Down, good to see him move freely after months of treatment. 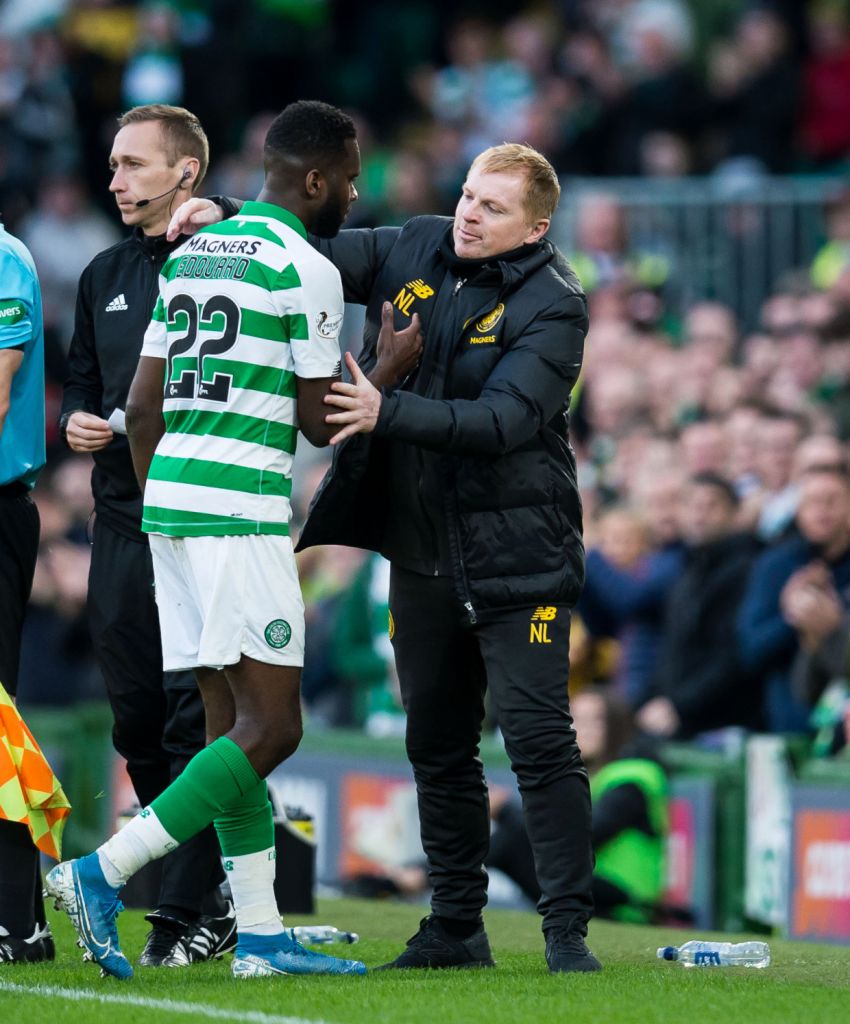 No allowing for any more errors, maybe the way he likes it best – the combative nature of Lennony the player now has reason for a reprisal as this NINE season tightens up like a teenager sat in a toilet cubicle of a posh restaurant who hears the deferential bathroom attendant gush, “Oh, good evening Mr.Gough…” And so we got an attacking set-up (expected) and a rampaging desire to kill them off early (expected). Then deja-vu set in and the manager has to earn his bucks by getting just enough extra out of his side. And let’s give credit to the half-time team-talk. Within about five minutes of it we were five up. So he got his job done (expected) with some flourish and a roundly satisfying return for his own input.

With the 8-Game Wuruld Champeens disappearing over the closest horizon in footballing history, as fantasised about by the SMSM, Celtic knew there was no elbow-room on the fleck-up fouton for a reprise of this months away-day aberrations. With Bo, Luke, and Uncle Jesse at the back, not even Daisy Duke in her tight wee ‘Daisy Dukes’ (Lawd, dat ass!) could distract these focussed Celts from the task in hand.Yet, after five million shots at goal in a dominant first half we were only one up. Everything was clinical and merciless about our play apart from the finishing.

We were Godzilla, they were Japan. Almost. We imitated Stinky Rebellion hippies by gluing ourselves in and around their penalty box, causing a similar level of disruption but also gaining a similar level of traction and results – we danced about a bit, looked menacing but ultimately just pissed everybody off by causing such a fuss without anything to show for it.

All that changed in a blistering barrage of goals that left Hazard County feeling like they’d been playing Wembley against the big boys in the school playground. How’d you like them apples Boss Hogg?

So, Joker, once again – how many did the Bhoys notch?

Previous ArticleLazio prepare for Celtic clash by producing heroic comeback from three goals down
Next Article ‘There will always be a soft spot for Rangers – Berwick Rangers,’ David Potter’s 7 Magnificently Random Celtic Stories