In the greenest part of the Great Beyond there’s a pub called ‘Heaven’s Hoops’. It’s quiet for an afternoon
in eternity. Amid the burnished oak and chrome finery, Jimmy Johnstone sits at the bar, sipping a wee hauf and watching the telly above the gantry; there’s a compilation playing on loop – ‘Great Celtic Moments’.

Then, the peace is interrupted; the door opens. The barman looks up from polishing glasses, squints at the inpouring of celestial light. ‘Hello there, newcomer, who might you be and what can I get you?’

Jimmy turns from the screen as a hand lays on his shoulder.

Behind him, a cheeky face cracks a wry smile and says, “After the mince Ah’ve hud tae endure this season, the drinks are on Jinky! The name’s Michael Duffy, and mine’s a Stella.” 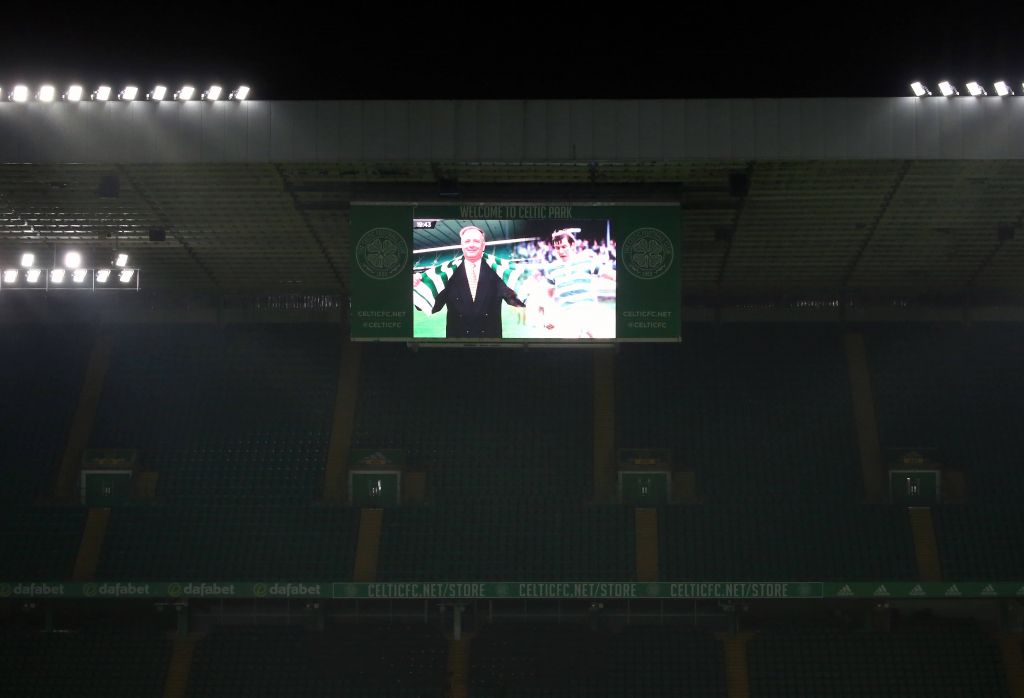 BANE – 6/10 – The find-a-goalie-that-makes-a-save quest continues. And the rotation falls back to the supervillain, ‘Of course!’. Amused himself second-half by smartly changing direction to make a save from Hamilton’s most dangerous striker….Duffy.

AJER – 6/10 – Trying to outdo Eddy for step-overs. And shots. Pity most of them were meant to be crosses. Like Pingpong left an inheritance of poor final balls before he took the popular route of many Bangkok backstreet table-tennis-without-the-ball champions and ended up selling his ass in a German brothel. Big Kristiano didn’t quite have his eye in tonight, although his effective rampaging caused the usual distress. 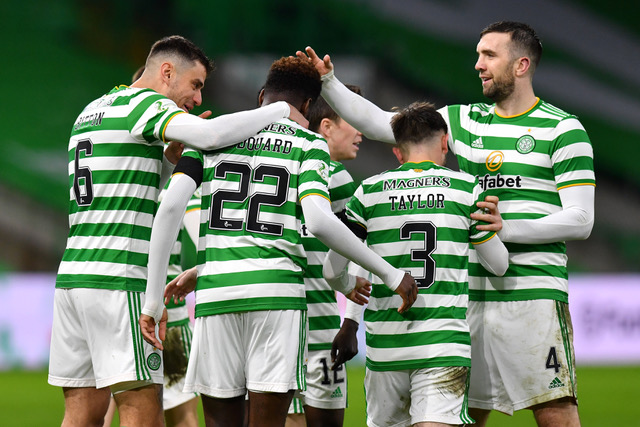 BITTON – 6.5/10 – “WTF? Babysitting again!?” was the curse in Hebrew as big Nir saw the team sheet. But he fulfilled his task without calamity striking, one fleeting aberration aside.

ALAN LADD – 5.5/10 – Pick an end – he’ll not header the ball at either of them. Excellent Superman impression under a cross to leave the goal gaping for the rangy ginger Hamilton striker Davy Moyes to poke it wide. Then invoked Pirlo to pop a pinpoint 50-yard pass over their defence which so surprised Griff, he fluffed the chance. You get what you buy with Shane: bemusing football madness.

GREGGS THE BAKER – 6.5/10 –  Competent and solid. Bit like his Steak Bakes. Under no real pressure but more disciplined in his forays. Also appeared more keen to risk a cross or two; a welcome difference.

MAN OF – 7.5/10 – Plays like a super-charged Broon. Definitely a commanding aspect to his game which provides Calmac support from which to boost forward with enhanced conviction; a busy bee; a very good thing.

CALMAC – 7/10 – Kapitan Permenante, they call him in Venezuela. Growing into the idea of leadership and the diamond formation releasing him to impose his cultured game upon SPL fodder. About time. Consistency of concentrated Calmac is what we need to the bitter end.

ELSHAGYONLASSIE – 5.5/10 –  Kind of spectral presence that appears like Banquo’s ghost to remind you he’s a player in the drama (see what I did there, Shakespeare fans?). Not often enough, though, but tonight his intermittent involvement was adequate.

EDDIE TURNBULL – 6/10 – Picking the wrong choices most of the game; like, why not smash the bloody thing into the net occasionally with those old fashioned pit-boots instead of an extra touch. He’s a fine floating threat at the peak of our diamond, with deft flourishes; just needs to have more of an impact at crucial times. 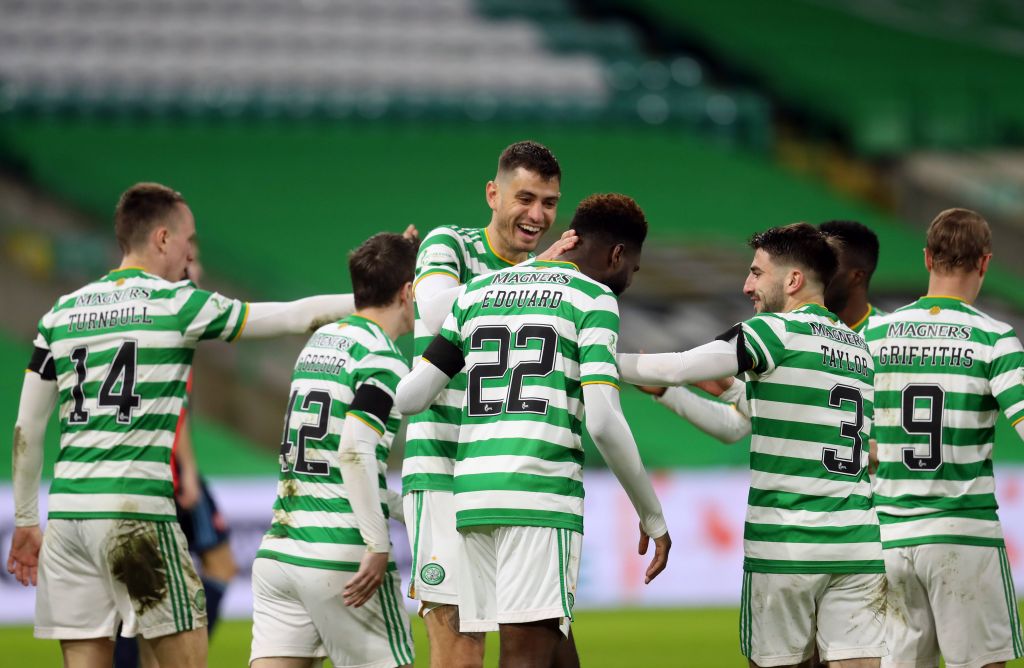 FRENCH EDDY – 7.5/10 –  Everywhere. It was a matter of time. After dink and dummy and shot and sclaff, a little bit of luck came along and he swiped home a sweet finish. Seems to enjoy having a strike partner to take the load and let him wander to lethal effect. Surprise sur-flaming-prise; if only somebody in the coaching staff had thought about implementing that permanently earlier in the season…

GRIFF – 7/10 – Snap! At the centre of recent controversy and criticism, he hits back with… Well, a great hit. Followed by a prepared message to all detractors, printed on a shirt held up to camera – ‘Everything is self-evident’; a quote from Sparky’s favourite philosopher, Renes Descartes, and implied with subtle irony towards the likes of me and other anonymous critics. Then he missed an absolute sitter. Which, ironically x2, was self-evident as well…Could have a had a hat-trick around laying one on for Eddy.

The 12th man tonight. His tactical masterplan. A personality many only knew within the confines of cyberspace but someone whose gregarious, big spirit transcended the impersonal nature of the digital age.

There are many people in life you wished you’d never met and very few you wished you had. File Mick Duffy in the latter. Whatever his adventures in his expansive decades beyond this pocket of Celtic minutae, to me he was a guy who knew the value of goodness and geniality, who exemplified the jollity of his
inebriated Father Jack avatar; he was Faither Mick to us all.

There’ll be an empty post below this on the Celtic Noise tonight, and in every thread now, a space between moments waiting to be filled by some raucous witticism or educated observation.

In my mind, he was the main character from Iain Bank’s ‘Espedair Street’ – a novel about an old rocker come back to his Paisley roots. With Michael, he’d found a base on the Noise from which to communicate and revel, in spite of being plagued by ill-health.

The measure of his popularity was evident as news broke and a forlorn sorrow gripped the boards. He’ll be spoken of still, though, and remembered with a genuine warm smile. And every Stella Artois commercial…

Farewell and Salut, MD. A Celtic fan and a true Celtic man
to the end, Sir. RIP, and God Bless.

THE YETI – N/A – A bit of growling. Nothing else to highlight.

CORPUS – N/A – Showboated a bit to impress any scouts watching on the hesgoal.com pirate stream. His Dad gave them the link.

Picked the team we wanted, defence aside, and set them up the way we hoped. Managed to impress the importance of 90 minutes upon them for the first time this season. Or, that’s what it felt like. Still, it remains a time in which he seems more to be treading water in defiance of drowning than swimming towards new horizons.

Now the guillotine is passed to Helen Mirren on Saturday and Killamity next Tuesday. Only 100% will do. Will he
get through with maximum yield? This window may shut without new faces. If so, he’ll know it’s been slammed in his face.

A healthy lead? How disconcerting that second goal was just as we were imagining the nature of the inevitable collapse. In a grim week as a trio of Celtic legends pass away, manager, player and fan, the team finally notches up a victory after a tortuous January. 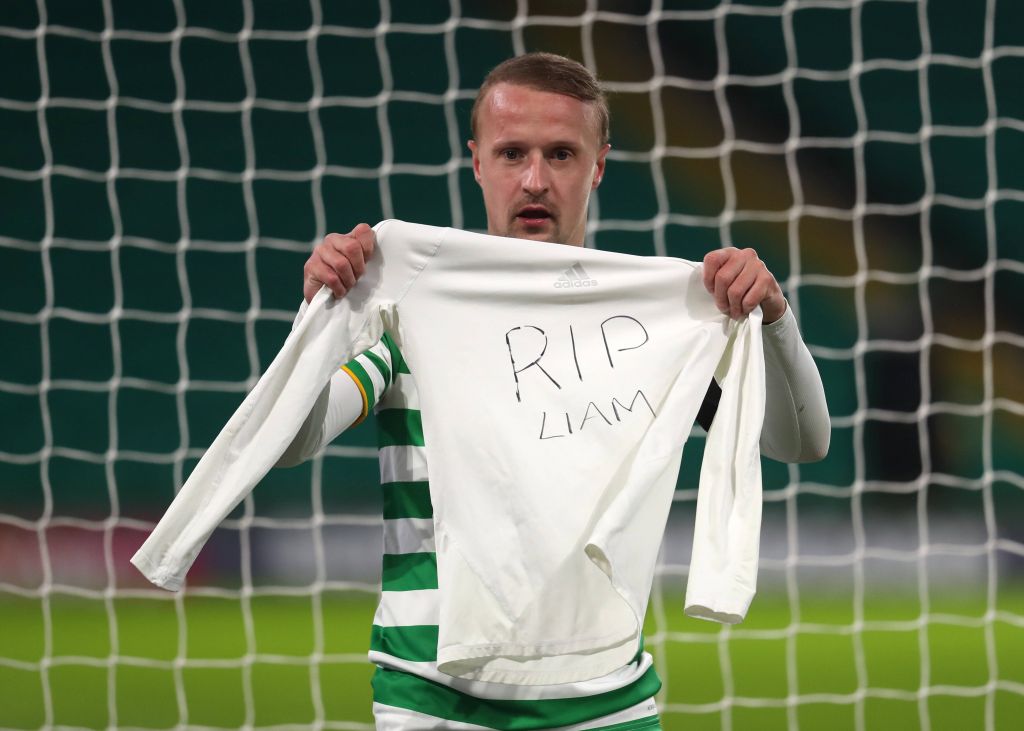 THIS was the sort of performance we expected, Griff. No fans believed Celtic just needed to turn up to win the TEN. What we did believe was that YOU and the rest of the highly-paid squad with the privilege of wearing the jersey might turn up FIT and READY to win the TEN. Not express remorse halfway through a season when they  – who DID turn up fit and ready – are so far over the horizon that even Pat Garrett probably wouldn’t bother to saddle up Shane Duffy and raise a posse to chase them.

We need more nights like this. Another sixteen of them. So get to it.