Boom! Ahead of The Cat? The mhan who saved us from a savaging last December? Inceredibly, the comparison ended at the teamsheet – they barely tested our ‘new’ keeper, barely let his return to the Hate Factory go unremarked on in his ‘boring goalie days oot’ memoirs.

Stayed solid, blocked when required, dealt with danger admirably. Did nothing
to justify his inclusion ahead of The Cat. Didn’t need to – yes, they ARE that Colin Nish.

Welcome to the Bigotdome. Big fella looked fazed… Phfffffft…. Aye, as fazed as a fox in a chicken coop full of junkie chickens who knows the farmer’s up the farm house getting his Nat King. Took to his task superbly, won the vital challenges, held the line, remained cool as his Mossad cyber-agent twin at centre-back and looks a steal at the price we paid. 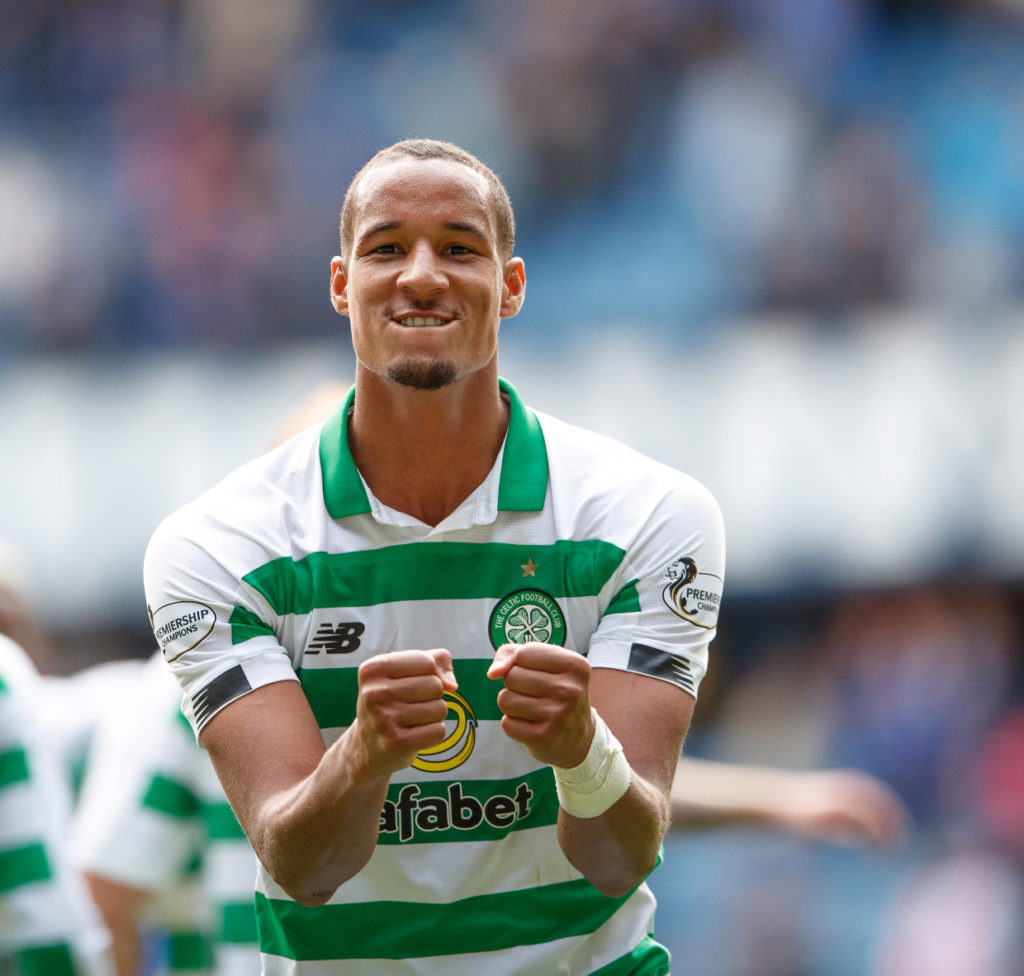 Was he the real deal at 7 million worth of French gigantor? Was he maybe the irritating, effette camp act who can’t step up to VVD levels of competitive action? Even faced with these pretendy zombies?

Well, bang, fecking bang, bang, bang – as he won every aerial ball hoisted in, was tuned in magnificently to slick passing on the deck. Numerous interceptions and interventions that could have turned the match. Exactly the game we hoped we’d get for the fee.

It was a Virgil Van Dijk quality display amid a makeshift back four that HAD to rely on at least one majestic performance. The big guy delivered at the most crucial time. Magic.

What can you say about the Mossad assassin, played out of position, asked to do the job of players formerly adept at snuffing them, even sending them into orbit. Big Nir proved, once again, just how priceless his presence this season will be – I keep re-iterating – as he snuffed out incredibly dangerous moves with sheer awareness and nous.

Damn shame to see him falter to a pulled hammy chasing a nothing ball. What a passer of the football we have there. Lenny, utilise him well.

Ha-ha-ha, brilliant. Detractors on their knees as I write, like repentant Ones, or you SHOULD be – this kid faced up to the verminous racist hordes baying for his blood, and played his best game in the Hoops to date under the worst type of pressure.

Always available, always backtracking – boundless energy kept our left flank alive and stifled their best options wide. Great game from a player so – FAR too – many don’t understand or are willing to. Yet there you have a fella mired in the Pit of Purgatory, wandering about like he didn’t give a feck for their hysterical frothing venom and playing like a boss. Well done, son.
I’d say keep the heid, but it belongs to Sincy.

Showing 1 of 5
Next
Previous Article‘Bossed It,’ Odsonne, the Rangers TV Commentary and Lenny exorcised the ghost of Cluj,’ Niall J
Next Article Blue Monday – Come On Over To Our Place