You are at:Home»Latest»Sandy McMahon: The one and only ‘Duke’ led the way for Jimmy Quinn, Jimmy McGrory and Henrik Larsson

Earlier today in our latest extract from Walfrid & The Bould Bhoys, Liam Kelly told the story of David Meikleham the Shoemaker, who was a prominent member of a very special group of men, the Celtic Founding Fathers and of course he was also the kidnapper of The Duke – Sandy McMahon! 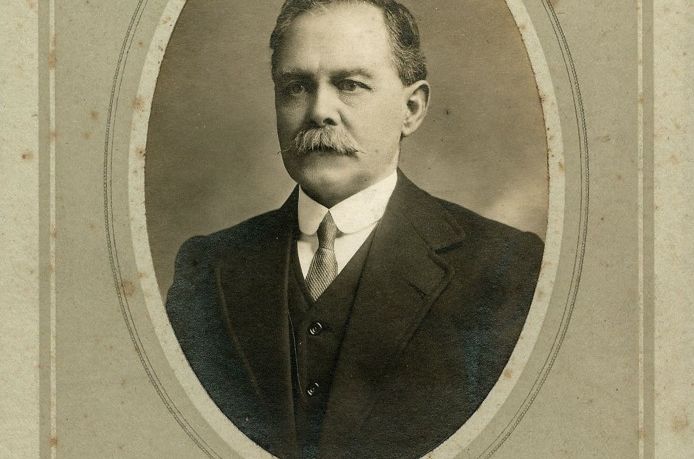 You can read that very entertaining Celtic story HERE.

We promised at the end of that article on David Meikleham that we’d then go on to feature from David Potter’s section in Walfrid & The Bould Bhoys – the Celtic historian’s remit in this new book was to write about the early Celtic Stars – his profile on Sandy McMahon, so here it is…

Sandy McMahon: The one and only ‘Duke’ 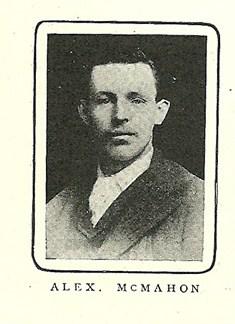 Celtic have always been famous for their goal-scoring heroes.

There are others, like Jimmy ‘Sniper’ McColl, Joe Cassidy, the McPhail brothers, Dixie Deans and (possibly) Odsonne Edouard but the man who started it all was Sandy McMahon.

Born in the Borders in 1871, Sandy played his early football in the late 1880s in Edinburgh, for teams like Harp Juveniles, Woodburn, Leith Harp and the great Hibernian Football Club themselves. Sandy had been with Hibernian, then moved for a brief and unhappy time to a team called Darlington St. Augustine’s, before returning to Edinburgh in September 1888.

He played for Hibernian for two years but then, in December 1890, he joined Celtic. Hibs were at that time imploding, as a result of the rise of this new Irish team in Glasgow, and they also had major difficulties with their ground. Legally, there was no problem about McMahon jumping ship like this without any indication of a transfer fee because Scottish football, until 1893, was, at least in theory, amateur.

Sandy McMahon’s competitive debut for Celtic was against Vale of Leven in Alexandria, near Dumbarton, on 24 January 1891. Sandy may or may not have been a professional, in theory or in practice, but the general amateurishness of Celtic’s approach in the early days is evidenced by the fact that a player missed his train and Celtic had no reserves available. So, Sandy actually had to play left-back until the man arrived! The team lost 1-3, thereby losing what little chance they had of landing the inaugural Scottish League championship in 1891.

McMahon did not play in the club’s big success that season, namely the winning of the prestigious Glasgow Cup, Celtic’s first major trophy, following a 4-0 victory over Third Lanark at Second Hampden in February, however, he did play sporadically at first and later regularly for the team, hitting the highlights on 5 May 1891 with four goals in a spectacular 9-1 drubbing of Vale of Leven at Old Celtic Park.

He was now settled at inside-left, and he could interchange brilliantly with Johnny Campbell on the left-wing. The passing game was, of course, the trademark of Scottish football, and McMahon had an almost telepathic understanding with Campbell. But he was also noted for his individual play, and the coming season of 1891/92 was to indicate the arrival of Celtic’s first superstar. 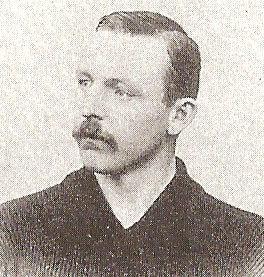 Celtic won the Glasgow Cup again in December 1891, and Sandy won a medal, scoring a goal in a 7-1 thrashing of Clyde at the first Cathkin Park, and, by the turn of the year, the team was going well in both the Scottish League and the Scottish Cup, with the crowd beginning to appreciate the inspired play of McMahon. In the Scottish Cup, Cowlairs fell in the quarter-final and Rangers in the semi, with McMahon’s name on the scoresheet on both occasions.

The Scottish Cup final was played at Ibrox on 12 March 1892 against Queen’s Park, but although Celtic won 1-0, the game was declared a friendly, such were the chaotic conditions with the huge crowd. The cause? Principally, the widespread enthusiasm to see the now-famous left-wing combination of McMahon and Campbell.

Not only were the Celtic fans impressed by Sandy, so too were the Scotland selectors, and he found himself in his country’s team on 2 April 1892 at Ibrox. It was a sad day, however, for both Scotland and McMahon, as they were engulfed 1-4 by a strong England team. Sandy never got going, but as he left Ibrox that night, he knew he would be back a week later for what he hoped would be a happier occasion. This would be the replay of the Scottish Cup final.

In this game, McMahon certainly scored two goals and possibly three (depending on how one reads certain newspaper reports) and the rejoicing in the East End of Glasgow that night was legendary. The Celtic had arrived. “Our Bhoys have won the Cup!” cried the urchins, the destitute and the ill-fed, as everyone swirled round the charabanc to the music of the bugles and the flutes, (Yes, flutes!) hoping to catch a glimpse of their heroes. Queen’s Park, the team of the avowed amateurs, the middle-class, the rich, the privileged, had been beaten in a Scottish Cup final.

The talk of Scotland was now of men like James Kelly, “Dan” (Doyle, but now simply referred to as “Dan”) and, of course, “Sandy” or “The Duke,” after the French President Duc de Mac-Mahon, although some say that Sandy was being compared to The Iron Duke, the Duke of Wellington.

But that same summer brought disturbing news of McMahon. He and Neil McCallum had, apparently, joined Nottingham Forest. Professionalism was, of course, legal in England, and McMahon was clearly neither the first nor the last to be “bought and sold for English gold.”

There then occurs one of the most famous stories in Celtic mythology, namely that a group of committee men, spearheaded by the energetic John Glass, hastened to the Midlands and persuaded Sandy to return home. Words like “kidnap” and “coup” have been used, and we are expected to believe that the still-amateur Celtic persuaded him back for no reason other than the love of the club.

Clearly, we will never establish the entire truth of this matter, but some suggestion that Celtic (illegally) offered more money than Nottingham Forest did to the homesick Sandy, and that he accepted, would not appear to be entirely wrong. Yet it is an indication of the reputation and prestige of the man that we hear stories of tables being knocked down as the raiding party rushed to the station, of someone detaining the Forest delegates while Sandy escaped, and a great reception organised by Willie Maley back in Glasgow.

Maley, who both played with and managed Sandy, said that “of speed he had little,” but such were his other attributes that this was hardly noticed. There were, possibly, three aspects to McMahon’s greatness. One was his goal-scoring ability with both feet and head, one was his dribbling (not for nothing was he called “The Prince of Dribblers”) and the third was his telepathic understanding with left-wing partner Johnny Campbell.

Johnny was indeed lured away to England, to Aston Villa, for a couple of years (no adequate rescue operation having been arranged for him) and, in his absence, Sandy struggled for the want of an adequate partner, with 1897 proving a particularly low ebb in the club’s short history.

Campbell and McMahon, however, remained good friends to the extent that when McMahon married Annie Devine in May 1896, Campbell returned from England to do the honours as best man. But before the departure of Campbell, the club had won the Scottish League in 1892/93 and 1893/94, also losing the Scottish Cup final in both those years. Sandy scored 11 goals in 13 League games in 1892/93 and 10 in 15 in 1893/94. Twice he scored hat-tricks against Third Lanark and St Bernard’s, and the fans of the green-and-white vertical stripes (which Celtic wore until 1903) talked about little other than Sandy McMahon.

*Extract from David Potter’s section in Walfrid & The Bould Bhoys. David writes about the early Celtic Stars in the new book while Matt Corr takes us through the events of Celtic’s first ever season and Liam Kelly profiles each of the Celtic Founding Fathers and in doing so tells some remarkable, untold Celtic stories.

This concludes our series of extracts from Walfrid & The Bould Bhoys, which is out now. We will have a round Robin interview with the three authors Liam Kelly, Matt Corr and David Potter, on The Celtic Star tomorrow.

Previous ArticleVideo: Celtic’s Ryan Christie scores penalty for Scotland
Next Article Davie Provan’s masterly understatement – “By no stretch of the imagination has this been a good Scottish performance”