You are at:Home»Latest»Scotland’s Shame – Newly Released Documents Reveal hateful details of Anti-Irish letter sent to Prime Minister
Showing 1 of 3
Next

BELOW, David Potter tells the story of the 1931 Scottish Cup Final when Celtic were trailing Motherwell by 2-0 in front of a crowd of over 100,000 and with the game going into the final few minutes. What happened next is the stuff of Celtic legend.

Before reading what the Celtic Historian has had to say about that dramatic Scottish Cup Final in April 1931, We’d like to explain why we’re featuring this on The Celtic Star today. Yesterday we talked about the Celtic support at the 1951 Scottish Cup Final who had to wait from 1938 until that day at Hampden to see Celtic winning a trophy. Tough times indeed.

The Celtic supporters in 1931 would have celebrated the 2-2 draw with Motherwell and the subsequent replay which Celtic won 4-2 in the traditional style and it is those supporters and the hostile environment that they lived in in Scotland at the start of the 1930s that we want to discuss today.

And after reading what follows, you can then continue to read David Potter’s account of the two Scottish Cup Final matches in 1931 and I bet you’ll have an added appreciation for the celebrating Celtic fans and will realise that there were those in the Scottish establishment who would have been pig-sick at the dramatic Celtic fightback and the subsequent triumph in the replay.

In The Times newspaper today (not the Evening Times, which has now re-branded as Glasgow Times but the broadsheet ‘London’ Times, there is an article that we thought we would share. It’s titled thus:

“Newly released documents reveal that a delegation of Kirk representatives demanded that Ramsay MacDonald curb immigration from Ireland and curtail the right to vote for those who were allowed to arrive.

“Representatives of the Church of Scotland and the Free Church raised their concerns with William Adamson, the Labour MP and Scottish secretary, in Edinburgh on May 9, 1930. They demanded he put their demands to the prime minister, which he duly did. 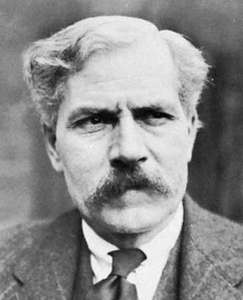 “In a letter to MacDonald, who was born in Lossiemouth, Moray, Adamson said:

““Rev Cockburn, who introduced the delegation, referred to the previous negotiations between the churches and the government’s predecessors in regard to the possibility of regulating the immigration of Irish into Scotland. It is felt the position is now becoming so acute that fresh efforts should be made to stem the flow of undesirable immigrants.

““Figures were quoted to show the large proportion of persons of Irish extraction in receipt of public assistance in Scotland and comprised in the criminal statistics for this country.

““Reference was made to the impossibility of Irish settlers in Scotland assimilating themselves into the political and social fabric of this country.””

“The churchmen claimed that sectarian tensions in Northern Ireland could be replicated in Scotland if action was not taken to stem immigration.

“The delegation, therefore, asked the government to take steps to provide effective measures to regulate migration from Ireland, to ensure that immigrants from the Free State who become a public charge in this country be repatriated and to fix a minimum period before an immigrant be allowed to exercise the franchise.”

“The prime minister’s response is not included in the documents, but Adamson attempted to dampen the expectations of the churchmen — stating he could not give any undertaking that their demands would be met.” 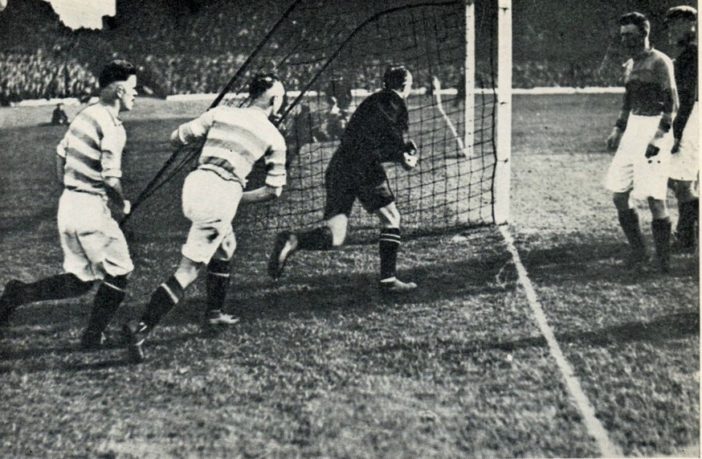 So that is the environment that the Celtic supporters who made up the vast majority of the crowd at Hampden lived their lives in a hostile Scotland in the early 1930s. So you’ll appreciate why Celtic’s success in the 1931 Scottish Cup Final would have delighted our grandfathers and great grandfathers and sickened those who reeked of hatred sectarianism and anti-Irish racism. It would be many decades later that the Celtic support gave this a name. SCOTLAND’S SHAME.