You are at:Home»Latest»Scottish Cup Revenge Mission as Celtic are drawn away to Clyde

HOLDERS CELTIC have this evening been draw away to Clyde in the 5th round of the Scottish Cup. Simon Donnelly helped make the draw this evening which was live on BBC Sportscene.

After beginning the defence of the Scottish Cup last night at Firhill with a 2-1 victory, Celtic now look forward to a revenge mission against Clyde after the last time when this happened…

Tickets for the Clyde v Celtic game will be hard to come by and the game is sure to be live on TV, with surely Roy Keane likely to be there to give his thoughts! Gordon Strachan might also have a thing or two to say.

After that shock 2-1 Scottish Cup defeat to Clyde at Broadwood on 8 January 2006 the Celtic manager Gordon Strachan had this to say, as reported by Celtic Wiki.

“I wish Clyde all the best, they played with great spirit and deserved their victory,” said Strachan. “Clyde were the best team, they used the conditions well, played with common sense football and we did not.

“We laid the tactics down before the game but they weren’t adhered to. The players let themselves down and have to live with that.”

Craig Bryson and Eddie Malone scored for Clyde in the first half, while Maciej Zurawski scored late on for Celtic but the Bhoys could not find an equaliser.

“It is very hard to take everything in just now,” added Strachan. “The manner in which we got beat was disappointing. We think we have answers but we have to look into it even more.

“The start of the game was disappointing – whatever tactics you use if you have no crosses, no shots or don’t even pressurise the goalkeeper to take some backpasses then you will struggle.

“On the other hand Clyde used the conditions well. They got crosses in, fired shots in and our keeper had to deal with backpasses.” And Strachan did not want to talk about the debut of Roy Keane.

“He did fine but it is hard to talk about Roy Keane because we have to look at a bigger picture than that. There were bad decision on the pitch and problems before the game.”

That was what happened in 2006, but these days it’s a very different Celtic side and one that is used to winning. It’s a habit and it’s addictive. So Celtic are looking for their 17th consecutive win in the Scottish Cup with the Clyde game being in 8 or 9 February.

Goals from Leigh Griffiths and Callum McGregor were enough to see off Thistle, despite the two notable ‘Honest Mistakes’ in the match both going against the visitors.

Hamilton Accies were drawn at home against the Rangers, while Aberdeen play Kilmarnock.

In all @MrJonSutherland giddy excitement about Clyde knocking Celtic out of the cup he forgot to mention Accies also knocked out his beloved rangers1872/2012. 😱

Here are the teams that are still in the Scottish Cup after the fourth round fixtures and ahead of any replays, one of which will be Hibs v Dundee Utd after the sides drew 2-2 at Tannadice this afternoon. Celtic scout Tosh McKinlay was spotted in the stand, presumably following up on the club’s interest in Lawrence Shankland, who had a quiet afternoon but did come alive just before the interval to level the score. 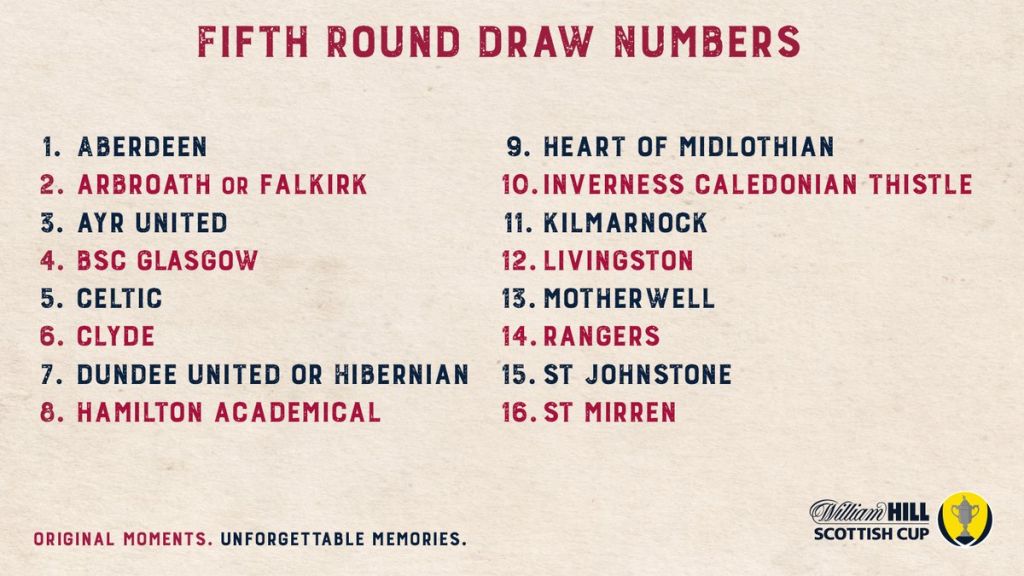 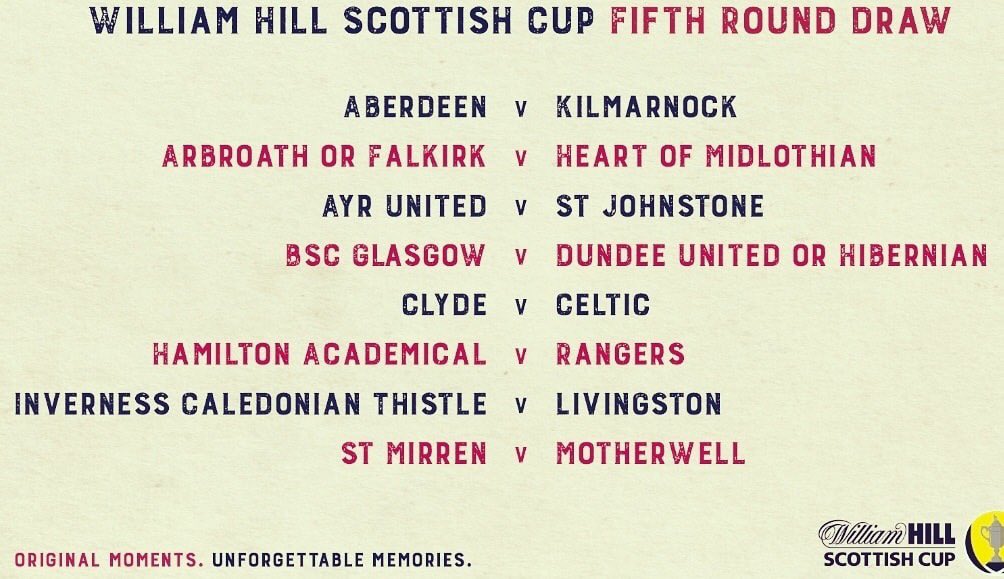 Celtic have won the Scottish Cup for the last three season defeating Aberdeen by 2-1 in the 2017 Final with a Tom Rogic winner in the closing seconds. Stuart Armstrong levelled the final after Jonny Hayes – now a Celtic Star – gave Aberdeen the lead. 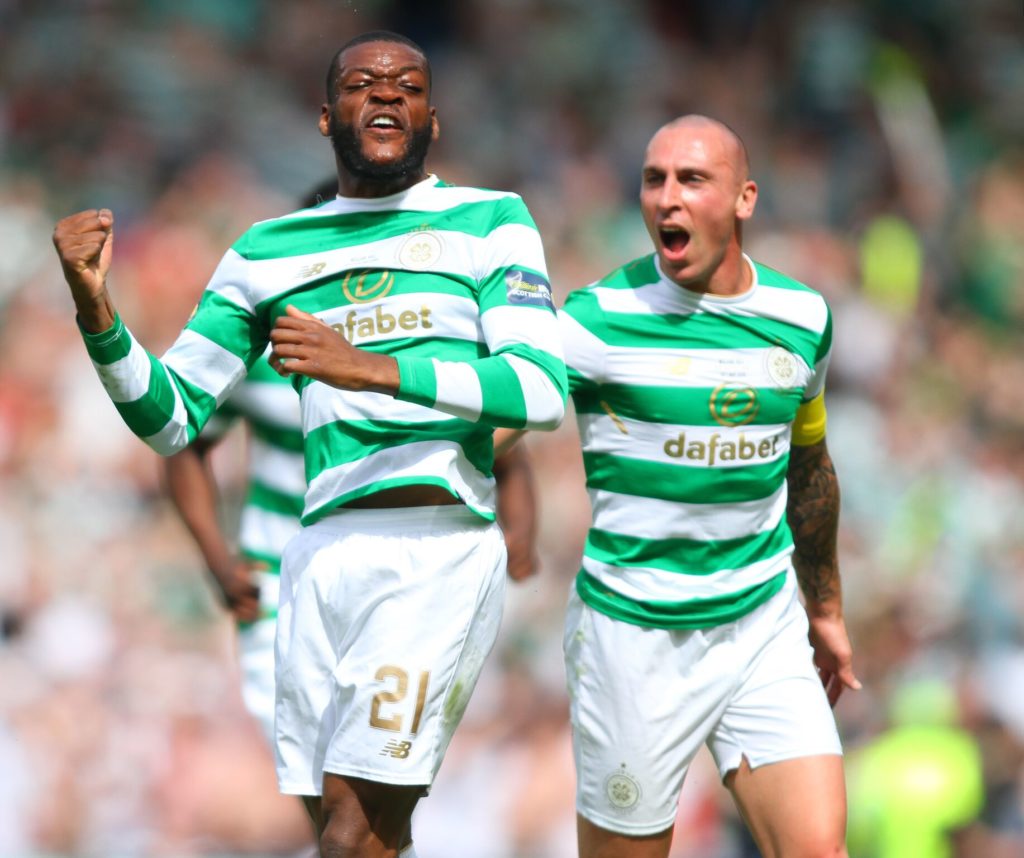 The Scottish Cup was back home in Paradise a year later after a 2-0 win over Motherwell with the goals coming from Callum McGregor and Olivier Ntcham. And it was another Frenchman, Odsonne Edoaurd who scored twice to beat Hearts 2-1 in last season’s final – again Celtic having to win the match after going behind. 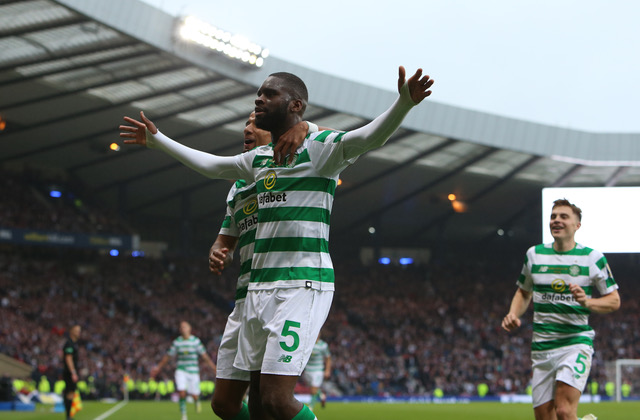 Celtic’s 1-0 win over the Rangers in the League Cup Final in December meant that the trophy was won for four consecutive seasons and that’s the ambition that Neil Lennon will have for the Scottish Cup this season.

ALSO this evening from Niall J on The Celtic Star…

Over to you Sparky’ – Leigh Griffiths and his chances of keeping the jersey…see HERE.