CELTIC travelled to Hampden to play in the Scottish Cup semi-final against Clyde on this day in 1956,

Clyde were full of confidence having put eight goals past Airdrie in their previous game.

Jock Stein was missing from the Celtic team due to an ankle injury and Eric Smith dropped out having chipped an ankle bone. This made way for the return of Jimmy Walsh, who had recovered from a strained thigh muscle. Neil Mochan, the top scorer at the club again found himself out in the cold.

Clyde considered themselves to have been unlucky to lose this semi-final, which as played in front of a lower that usual crowd, estimated at around 65,000. The game was played in a gale with the notorious Hampden swirl.

The Celtic Wiki describe the action as follows:

Clyde kicked off with the wind in their favour. Celtic made at least two goal line clearances and Clyde were unlucky not to get the benefit of doubt on another two occasions. Keogh and Hill gave extra attention to Fernie who was fouled seven times in the first half, one of which resulted in the Celtic penalty. 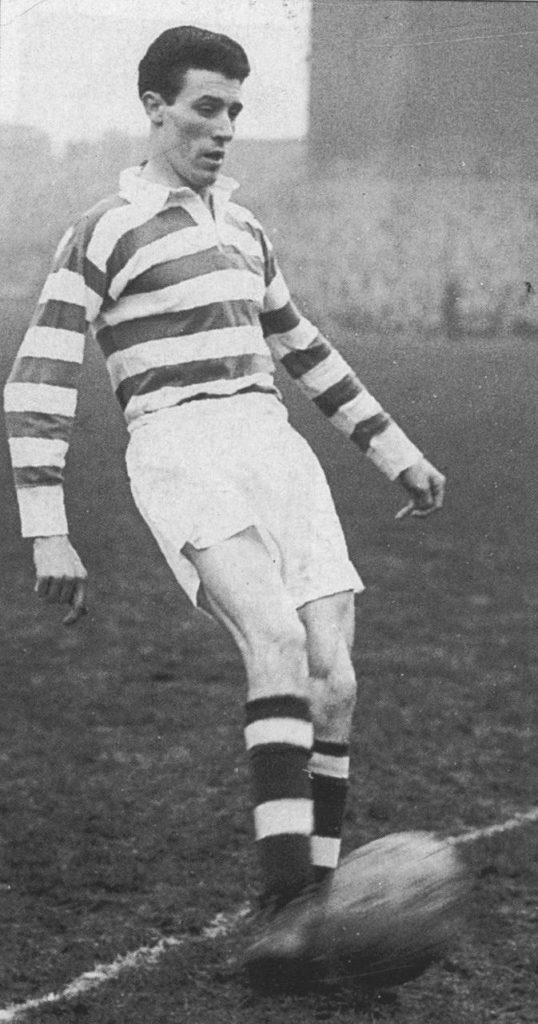 Clyde’s tactics with respect to Fernie were transparent and should have resulted in firmer action from the referee. It was also an error from Keogh which gifted Celtic the opening goal in the second minute.

Clyde scored immediately after the Celtic penalty when McPhail latched onto a defensive error when Evans and Beattie collided both trying to collect a long upfield punt. In the last minute of ther first half Jimmy Walsh had a goal bound header cleared off the Clyde line.

Fallon made two goal line clearances for Celtic in the second half.

McPhail for Clyde and Tully for Celtic were singled out as the players having the best game. 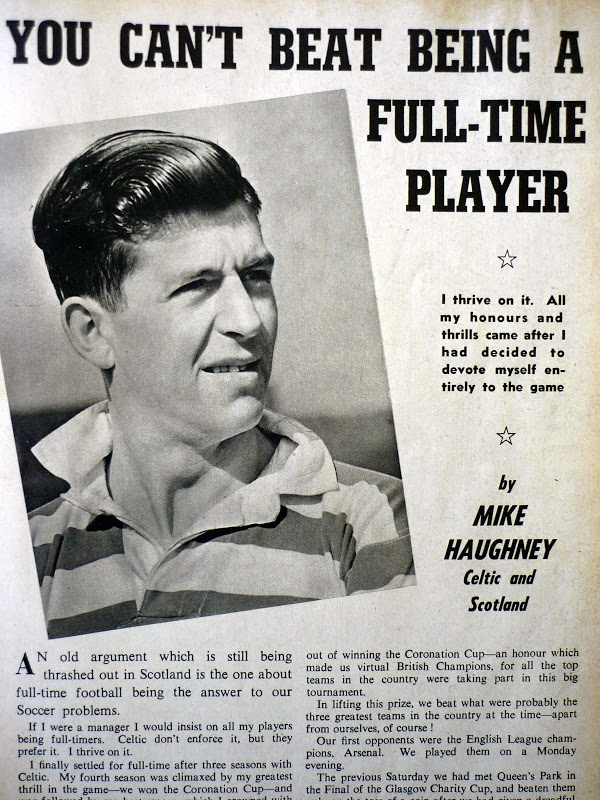