You are at:Home»Latest»Scottish Greens call for action ahead of Saturday’s Glasgow Derby

THE SCOTTISH GREENS have called on Sky Sports to show Saturday’s Glasgow Derby for free to risk the spread of Coronavirus. Nicola Sturgeon has already asked fans not to travel to Blackpool or to go to other supporters houses to watch the game. Now, Scottish Greens Health and Sport Spokesperson Alison Johnstone MSP has asked that the broadcasters do their bit and make the game free-to-air.

This weekend's Old Firm match should be free to watch on TV to encourage football fans to stay at home, the Scottish Greens have saidhttps://t.co/fyDexpiNcn

This common sense approach was used in Liverpool v Everton in June, using Sky’s PPV service NowTV to stream the game free of charge to refrain supporters from gathering to watch the game. Now, the MSP has called for a similar approach to be adopted ahead of the mouthwatering clash at the weekend.

“Football is so important to so many people and I understand just how frustrating it is for fans at the moment who just want to watch their team play.

“Essential public health restrictions have meant that grounds have had to remain closed, and now that pubs in the Central Belt are closed only those who have Sky Sports at home will be able to watch this weekend’s game.

“The First Minister has raised concerns that people may go to one another’s homes or even travel to pubs in England to watch the game. 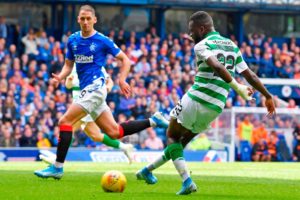 “This would risk increasing transmission of the virus just at the time when we’ve brought in additional measures to bring it under control.

“That’s why I’m calling on the Scottish Government to urgently engage with the football authorities, and Sky Sports, to establish whether it might be possible to broadcast Saturday’s Celtic vs Rangers game on free to air tv.

“Broadcasting the game free to air would allow everyone to watch at home, reducing the risk of people heading out to watch the game and spreading the virus.”

It is a matter for Sky Sports but it would be a very good gesture by the broadcaster to help quell the rising second wave.

Celtic go into the game with a number of COVID-19 cases hampering their preparations but knowing that a win will take Neil Lennon’s side top.

Previous ArticlePhotos: Celtic Murals Around The World
Next Article On This Day: Rugby Park Revival that saved Lenny’s job