You are at:Home»Latest»Scottish Premiership to get VAR for Christmas after 41 from 42 clubs vote in favour

It would appear the introduction of VAR to Scotland is now going to be introduced to Scottish football in December this year after the break for the World Cup after a near unanimous vote by the SPFL clubs today.

VAR will be implemented in the Scottish Premiership from December. pic.twitter.com/jGpXpw5FR1

There will of course be time for someone to contact Dundee and explain how the voting process works once again and that vote should change to 42 clubs in favour later in the week.

It also appears the introduction of VAR will come in after the Qatar World Cup. If so, it would be a strange old decision given the questioning of the integrity of the competition that would surely follow, given half the Scottish top flight would be played out without VAR and the second half with VAR in operation. 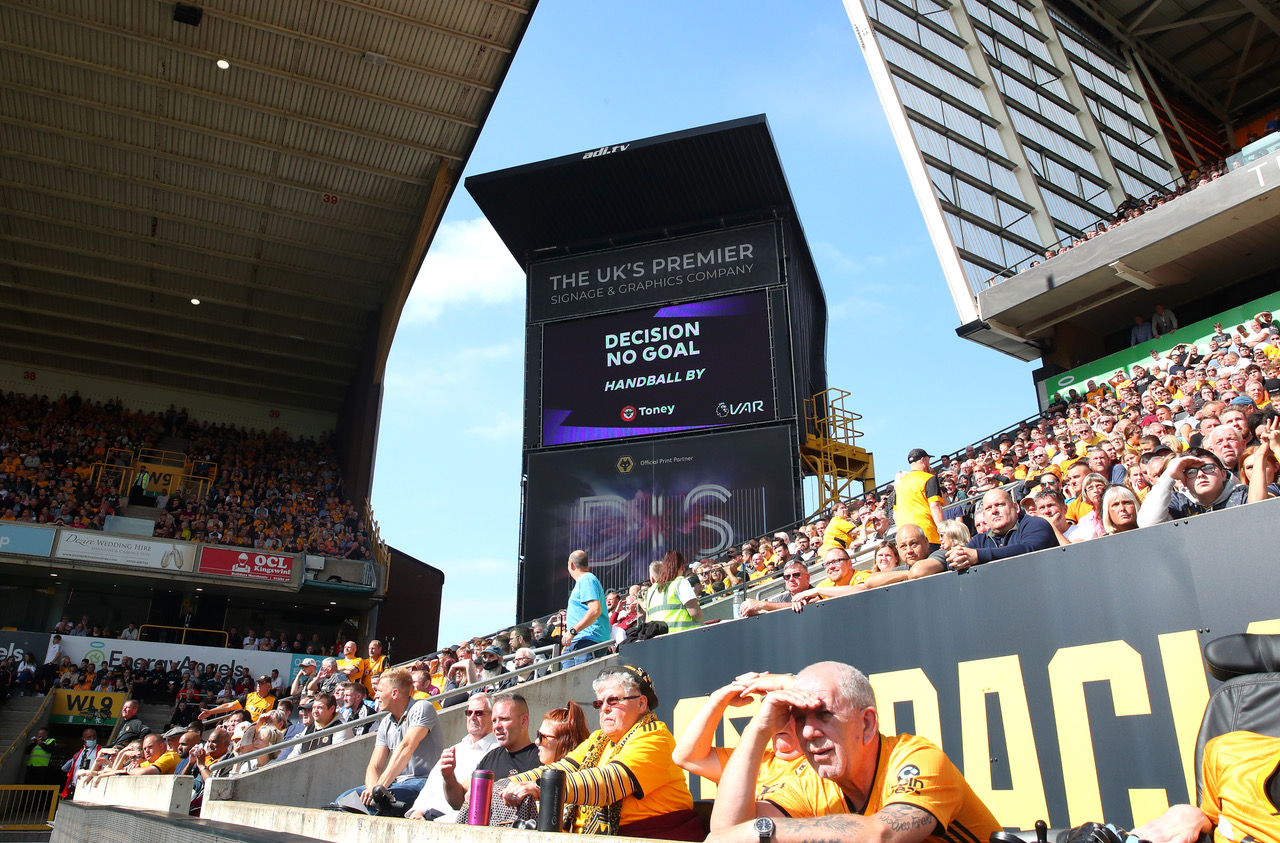 WOLVERHAMPTON, ENGLAND – SEPTEMBER 18: A general view inside the stadium as the LED screen displays the VAR decision of no goal during the Premier League match between Wolverhampton Wanderers and Brentford at Molineux on September 18, 2021 in Wolverhampton, England. (Photo by Catherine Ivill/Getty Images)

If that’s how it goes you can just imagine the fallout as Scottish officials get to grips with the technology and clubs complain of a far from level playing field over the course of a season. Only In Scotland!

Still even assuming the technology works just fine and those who operate it can get their heads around it in time for its introduction at the beginning of 2023, there is still the thorny issue of how those officials interpret the laws of the game.

After all there will be many amongst us hoping for the day the weary limbs of Beaton, Madden and Collum mean they can no longer shift themselves around the playing surfaces in Scotland.

Yet now retiring from refereeing may not rid us of their frustrating interpretation of the laws of the game. Instead, they could be trawling through images of contentious decisions for years to come and advising future referees of their opinions on what they see from the comfort of a portacabin. It’s the stuff of nightmares!