You are at:Home»Latest»Seville, The Celtic Movement – Don’t tell The Bill how the New Zealand Bhoys watched Seville
Showing 1 of 4
Next

25 April 2003. ANZAC Day in New Zealand. A public holiday to commemorate the fallen in wars. Dawn Ceremonies are the usual order of the day. However for around 75 Celtic supporters the early start to the day was for another purpose. Celtic were playing Boavista in the second leg of the UEFA Cup semi-final. Our venue to watch the game was probably appropriate for the day – The Newmarket Returned Services Association clubrooms. Possibly an unusual meeting place for a Celtic Supporters Club with a large portrait of the Queen on the wall. However the management and staff were very supportive and always prepared to open at odd hours to accommodate us.

So, along with my two sons Sean and Stephen I made my way there in the early hours of the morning. We sat at a table alongside Bob Cairney and his son James. With 13 minutes of the game remaining Celtic scored. Watching on an internet stream made it seem as if the ball would never cross the line – but it did. The five of us hugged each other in a huddle of joy. Myself and Bob who had seen Celtic in previous European Finals and our boys. Boys who had all been born in New Zealand and had never yet seen Celtic in the flesh. The remaining minutes lasted hours but at last the final whistle blew and the whole room erupted in one huge huddle.

However celebrations were relatively low key. The RSA would soon be busy with people arriving from Dawn ceremonies. We had agreed to tidy the rooms up and have it ready immediately the game finished. Also the NZ Celtic Supporters Club football team had an important game later in the day. A first round tie in the Chatham Cup – the NZ equivalent of the Scottish Cup. 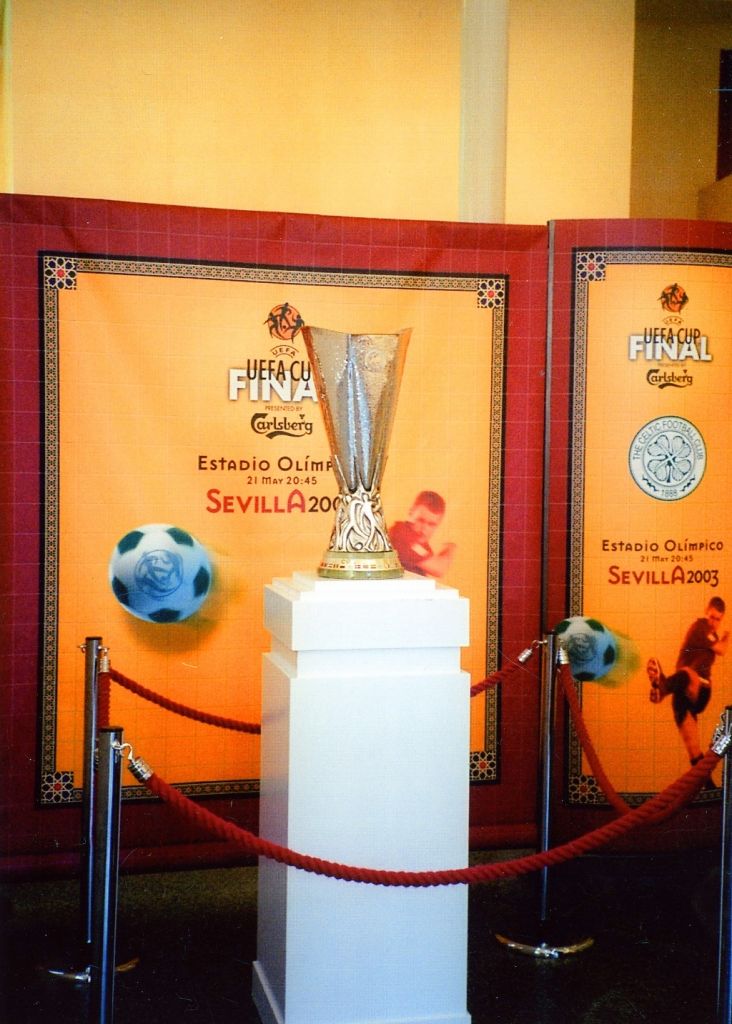 A few hours later many of the guys who had watched the Boavista game were getting ready for their own Cup Tie. Coach Ian Donnachie had a job getting the players focussed. All the talk in the dressing room was about getting to Seville. Eventually Ian managed to get the players to concentrate on the game in hand. He need not have worried. The opposition was only another non- league team but we would have beaten anyone that day such was the high the guys were on. A 12-2 win rounded off a great day.

Now everyone’s attention turned to Seville. Many of us made calls to the other side of the world but it soon became clear that getting tickets would be almost impossible. A long and expensive trip with no guarantee of seeing the game.

We then found out that copyright concerns meant that there would be no internet coverage. Phone calls to New Zealand TV Channels were frustrating. No one was interested in screening a game involving Scottish or Portuguese teams. The game was going to be shown live in Australia and thoughts turned to flying over the Tasman to watch the game. Several NZ fans had done this before when live Scottish Football first screened there.

The Club’s resident Travel Agent – Gavin Findlay – looked at the costs of chartering our own plane. It seemed the only option but it was frustrating to think that the rest of the world would be able to watch in their own countries.

Then Kevin Everett stepped in. As well as being the NZCSC secretary Kevin was the IT expert and, importantly, the eternal optimist. A few years previously we had been able to watch live games by travelling up the small Northland township of Monganui. There a local resident – an eccentric American – had set up a large satellite dish and broadcast pictures from TV stations around the Pacific. 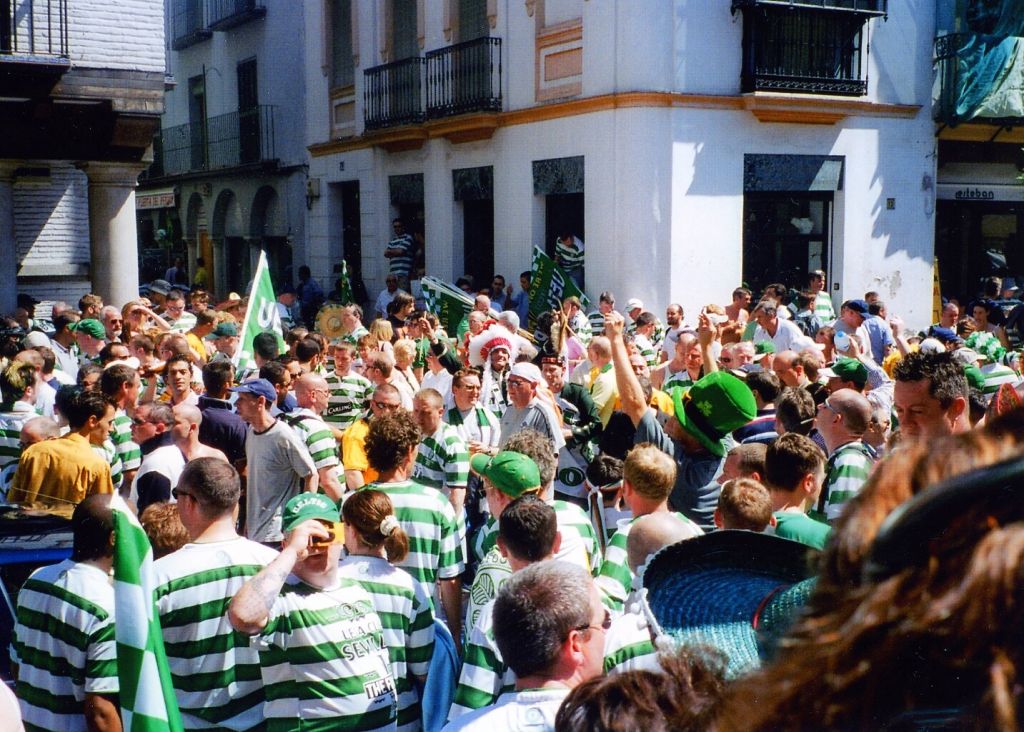 The local Hotel was part of the network and we had on several occasions seen live games there in the early hours. That “facility” had closed down but Kevin had heard a rumour that a motel in West Auckland now had a similar set up. The rest of us were sceptical. We had heard these stories before. Mostly from soccer – starved ex-pats who were desperate to see their teams play. It was always a case though of somebody telling you that they “knew someone who knew someone who had heard of…” We were not confident that Kevin’s search for this latest mythical motelier would bear fruit.

Then one evening he phoned me to say that he had that afternoon found the very motel and had seen for himself the Australian TV channels it was capable of showing. “Brilliant” I thought. However there was a problem (well of course there would be!) The motel was small and all the rooms were taken for the day of the Final. There was only a tiny reception area and even if a TV was installed there it would not be capable of holding more than a dozen people. So near and yet so far. Not for Kevin though. He had explained to the owner how desperate we were to see the game and there was a way he reckoned how it could be done.

Showing 1 of 4
Next
Previous ArticleBT Sport to broadcast Nine in a Row Tribute to Celtic on SATURDAY at 9.45pm
Next Article Celtic move seems impossible as Premier League ace signs contract extension