You are at:Home»Latest»Shades Of Rapid Vienna 1984, As Player Fakes Being Hit By An Object In Guatemalan Football Match

The Guardian Sport have uploaded a hilarious video to their Twitter account this morning, which shows a player faking being hit by an object in a Guatemalan football match.

For Celtic fans of a certain vintage, the incident immediately brings back memories of an infamous meeting with Rapid Vienna in 1984.

The mere mention of the name Rapid Vienna makes the blood boil for many Celtic fans. The Bhoys were paired against the Austrian side in the second round of the 1984 European Cup Winners’ Cup. The tie posed a tricky proposition for the Celts, something the faithful became acutely aware of when Celtic fell to a 3-1 defeat at the Gerhard Hannapi Stadion, in the first leg. Hans Krankl almost broke the net with a left footed thrash from just inside the box in the 87th minute that night. The goal, many Austrians felt, had guaranteed Rapid qualification for the Quarter Finals.

Close to 49,000 people attended the return leg at Celtic Park. First half goals from McClair and MacLeod had them rocking the terracing as the tie was now level on aggregate, with Celtic set to progress on away goals. Work still needed to be done and Tommy Burns ensured it would be, when he slide tackled the goalkeeper, who was scrambling to pick up an over hit pass. Burns took the ball and slotted it into an empty net, then he turned with one arm aloft and a beaming smile, making headway for the Jungle. Celtic were 3-0 up and cruising. 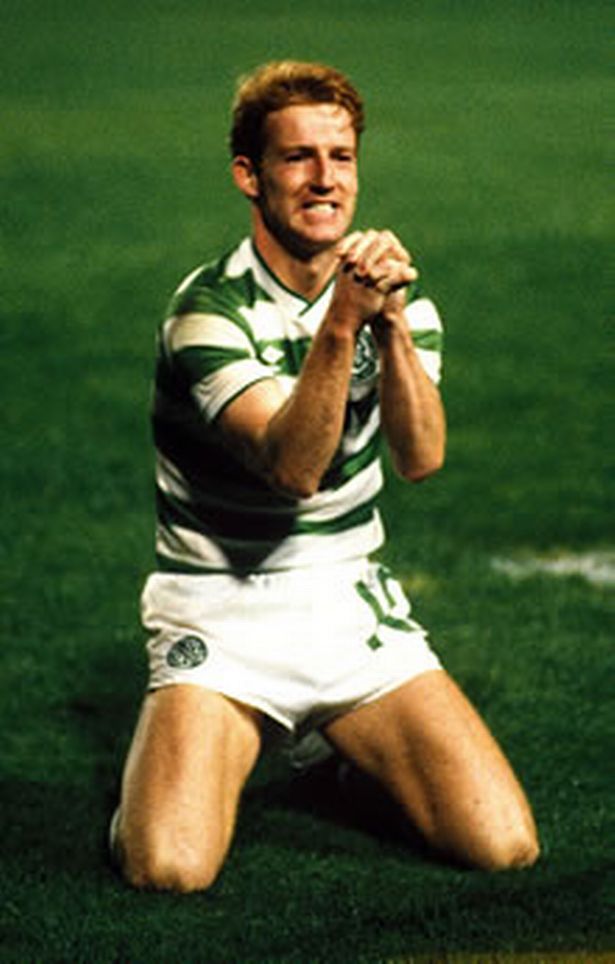 Dynamo Dresden would await in the Quarter Final, but it was Rapid Vienna, who played against them! This shock twist came as a result of one of the most controversial events in football history. Celtic did indeed see out the second leg to win 3-0. However, the Rapid players had been very unhappy with Tommy Burns’ goal. Reinhard Kienast, of the Austrian’s defence, ran towards the Celtic man and struck him on the back of the head. He was sent off, but incredibly the Rapid goalkeeper kicked Burns on the floor and the Vienna club contemplated leaving the field in protest. The Celtic support was riled by this and in the 78th minute, a fan in the Jungle launched a bottle on to the pitch. It landed acres from any player, but Rudi Weinhofer took the opportunity to hit the deck. 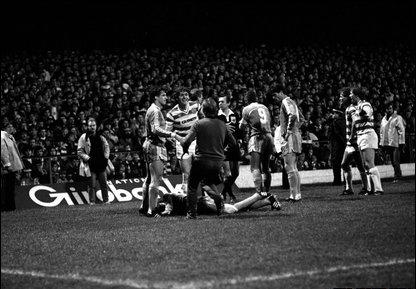 Television cameras, the linesman and the Celtic first aider all testified that the player had not been injured. Yet the Rapid midfielder got bandaged up and left the field on a stretcher. His embarrassing antics were replicated by the club themselves, when they refused to accept a £5,000 fine from UEFA and appealed for a replay. The European governing body for football astonishingly overlooked all available evidence and ordered the match to be replayed… at Old Trafford! The verdict was made even more baffling, when the committee also decided to double Rapid Vienna’s £5,000 fine.

The replayed match at Old Trafford was one of the most poisonous games involving Celtic. Rapid officials complained that their Celtic counterparts refused to shake hands in Glasgow airport. Meanwhile, 40,000 Celtic fans headed to Manchester, creating an extremely tempestuous atmosphere. It was war without the bullets.
Locals and some away fans added to the Celtic contingent to produce a crowd of 51,500 – a larger attendance than the original second leg at Celtic Park. As the aggregate score had reverted to 3-1 in Rapid Vienna’s favour, the Hoops required another healthy victory to progress. Celtic went on the attack from the outset. Roy Aitken squandered two early chances, one of which struck the woodwork. As the ball rebounded off the post, Rapid broke up field. A sensational counter attack was rounded off by the Austrians, when the ball was played out wide to Peter Pacult, who skinned Danny McGrain and gave Rapid the lead. The goal dealt a crushing blow, with Celtic now needing to score three without reply. 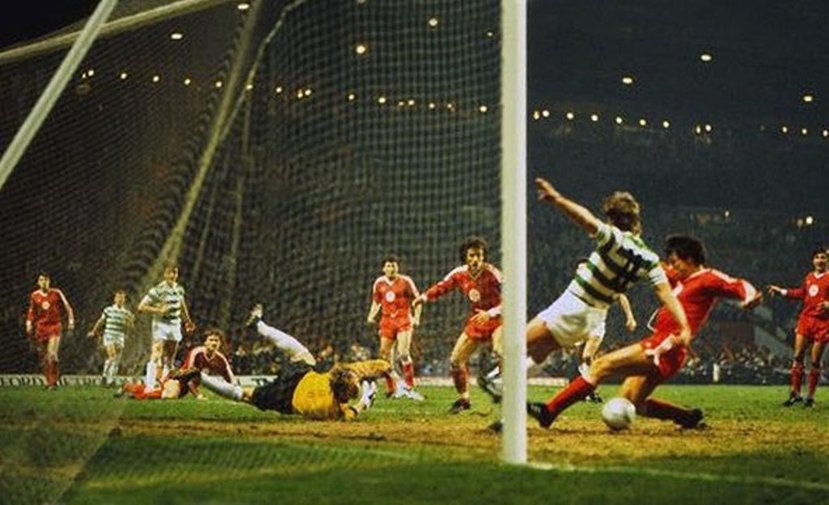 Lingering hope began to be lost when Celtic were denied a clear penalty. Sadly, anger got the better of one fan, who attacked Herbert Feurer in the Rapid goal, before being tackled by no fewer than six policemen. Exasperation then spilled to the opposite end of the stadium when Peter Pacult was attacked by another Celtic supporting madman. 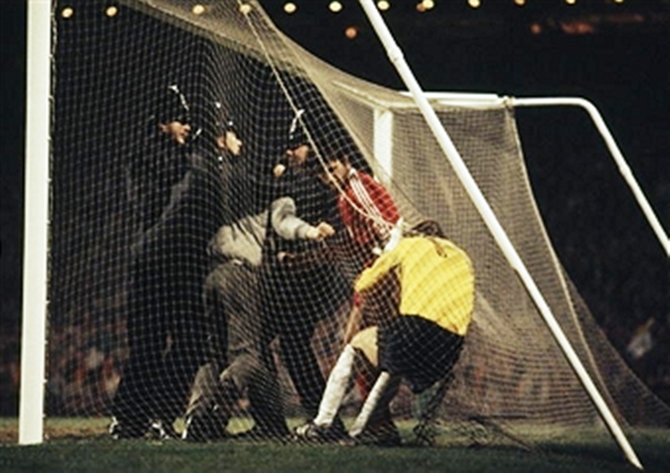 The only cheers on the night came at full time, when a pocket of Manchester United fans revelled in the news that their team had beaten Dundee United 3-2 at Tannadice, to advance to the UEFA Cup Quarter Final by way of a 5-4 aggregate win.

Celtic had unjustly bowed out of the European Cup Winners’ Cup. However, the poor behaviour of the support that night gave the club a further problem in the form of a £17,000 fine, alongside a ruling to play their next European match behind closed doors. As for Rapid, they advanced as far as the Final, before being beaten 3-1 by Everton.