You are at:Home»Latest»Showing a little, long forgotten, piece of Celtic’s history

I was given a copy of this photograph yesterday (the shadow is me taking a photo of the original) and I’m pretty sure that I have never seen it before in a book or website.

It is the squad at the start of the 1950/51 season with everyone looking so young – Johnny Higgins looks about 12!

It was shown to me by the son of a man on the picture. The father is called Eddie Dowdals and his son is called Alec.

There are one or two who are new to me, including Eddie Dowdals, but McPhail, Collins, Tully, Fernie, Peacock and others are all there.

(Notice Sean Fallon is described as J Fallon!) Tom Campbell will be able to identify them all, I’m sure.

It is very unusual to have everyone in the squad wearing green and white jerseys.

Normally at that time, the reserves would wear white with green sleeves (the Hibs in reverse strip, as it was called). Also at least two of them died tragically young. John Millsop of appendicitis, and Donald Weir in the Auchengeich Mining Disaster of 1959.

I don’t think any of them are still alive, but it would be nice to be proved wrong on that one!

The Celtic Wiki will be interested in this unique photograph, always nice to show a little bit of Celtic history. 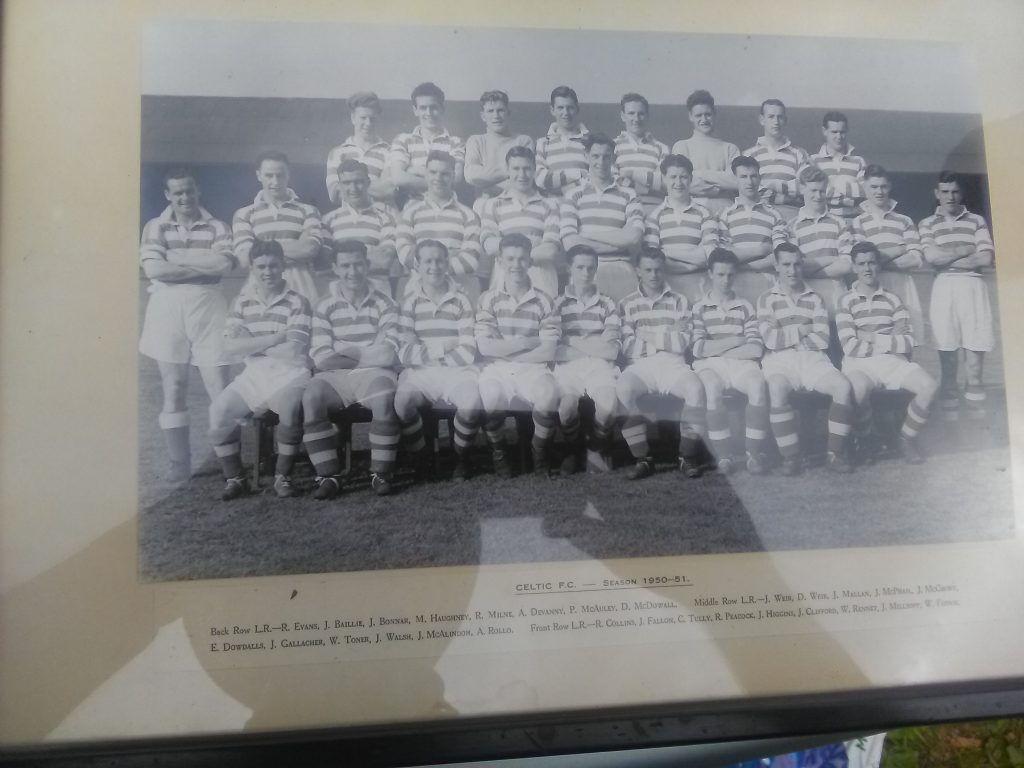 Previous ArticleBoyata’s journey, Celtic’s great selling point
Next Article “England has always been at the back of my mind,” Celtic star