You are at:Home»Latest»Shved wants Celtic loan exit but no deal agreed yet

Celtic’s Marian Shved could return to KV Mechelen as the Belgian club’s manager Wouter Vrancken confirms that they are waiting on an agreement being reached. Vrancken also admitted that the Ukrainian winger wants to return to Mechelen, where he spent last season on loan.

As reported by Belgian media site HLN, Shved is hoping to complete a return on loan but Celtic are yet to make a decision on the 23-year-old. Shved scored 5 times and assisted 4 times in 25 appearances in Belgium, it is no wonder that he wants to return despite having a mixed start to life in the Jupiler Pro League.`

Vrancken has said that the player is eager but Celtic are likely holding off until Ange Postecoglou has had a chance to make his own decision on the player.

“Ferdy Druijf and Marian Shved? They are eager to come back to play for us, but we have still to wait for an agreement at club level. If they come in, then we are in very good shape for this season.” 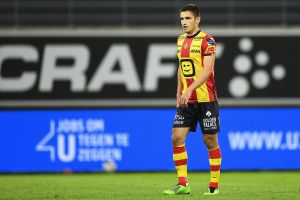 The winger, signed from Karpaty Lyiv, has made just three appearances for the club – scoring once. The Celtic winger was signed in January 2019 from Ukraine but failed to make any impact in the time he’s had at the club. He was loaned to the Belgian side but given Lennon has moved on, he may have fancied a crack at a Celtic Park redemption. So it could be a blessing that Ange isn’t rushing into deciding on Shved’s future when Celtic are so short on wide options?

Moi Elyounoussi has returned to Southampton after his loan ended leaving the club with just Mikey Johnston, Karamoko Dembele and James Forrest as wingers. Shved could certainly make a name for himself but it is whether he wants to be involved or not. Ange has said that those that won’t buy into his project will be sold and if the player wants to go to a mid-table Belgian side then that is up to him.