You are at:Home»Latest»Six Celtic players hoping for Scotland call-up on Wednesday

Steve Clarke names his Scotland squad for the coming European Championships on Wednesday 19th of May and a number of Celtic players are likely to be involved in Clarke’s decision making. Callum McGregor, Ryan Christie and Greg Taylor all expected to be named in the squad but there are likely to be three of his teammates, anxiously eyeing the phone waiting to see if they are part of Clarke’s 26-man squad.

James Forrest, Leigh Griffiths and David Turnbull are all vying for places and will have been buoyed by the news that UEFA were offering increased spaces for teams. Kenny McLean and Oli McBurnie’s injuries also increase the chances of Clarke taking the three of the players to the Euros. 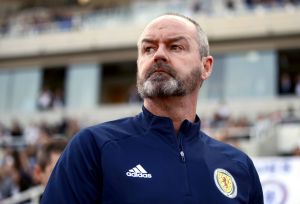 Turnbull picked up the POTY and Young Player of the Year accolades after an impressive debut season for Celtic. The former Motherwell man is just 21 and if he can add consistency to his game, he will be able to push himself into the Celtic squad for years to come. At this moment in time, he is certainly closest to the first team due to the amount of games that he has played. 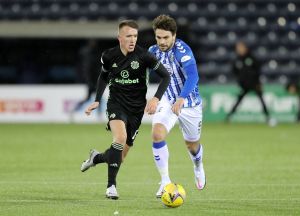 Forrest and Griffiths meanwhile may be aggrieved that they have suffered from so little game time in recent weeks – despite having nothing to play for. John Kennedy has said that he hopes that as many of his players can make their way into Clarke’s squad. As reported by The Sun, Kennedy said that he would like to see all of the Celtic players included.

“We just want as many of our guys as possible to get in there because it will be a great experience for them.

“It is good for both the players and the club that they are part of that. All six players are in contention, and Steve Clarke will be the man to make that tough decision.

“David Turnbull has played all of the games recently and become an important player for us. Kenny McLean got injured, so there could be an opening there.” 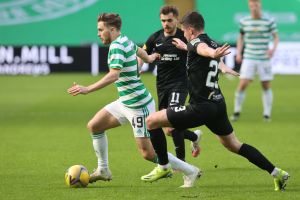 “James Forrest has been out for a long time this season, and Scotland have done well without him.

“But I think a guy of his calibre and experience, especially having played so many European matches, is somebody you look to.

“James has the quality if you want to change a game or be very attacking-minded.

“He is an example of somebody that can give you that creativity. He is somebody I would imagine would be in Steve’s thoughts for the Euros.

“Forrest has been a big player for us, and hopefully he sees that the same way.”

Leigh Griffiths, meanwhile, is often a frustrating figure for the Celtic support due to his fitness issues and inconsistencies. The 30-year-old has endured a poor season after a very public issue with his fitness at the beginning of the campaign. The player has undoubted quality but fitness concerns have been highly disruptive for the club not being able to call upon a player that can, on his day, turn a game on its head. Kevin Nisbet may fancy his chances at a call-up and with the Cup Final against St Johnstone remaining. 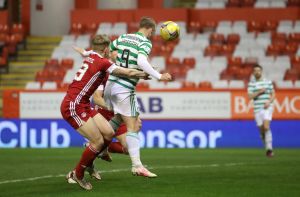 Kennedy, who could have offered Griffiths more game time, believes that the striker offers a different dynamic to the Scotland setup due to his attacking prowess in the box.

“Griff has scored some big goals and is still a huge threat.

“He is a goalscorer, he has proved that over the years. When you get him in and around the box, and give him a good supply, he is a deadly finisher.

“He is a bit different from the other strikers in the squad. The Scotland manager will probably be looking at the balance of that, and what the right fit is going into this competition.”