You are at:Home»Latest»Slovakian legend hails Celtic transfer target as ‘best in the league’

Celtic will be hoping to add to their striking ranks in the January transfer window as they seek to provide some backup to Odsonne Edouard. While the Frenchman has been brilliant as expected, Leigh Griffiths and Vakoun Issouf Bayo have not managed to produce anything of significance this season. The duo has scored just 4 goals combined and thus it should come as no surprise that the Hoops are looking for some firepower upfront.

One player that they have been linked with heading into the transfer window is Andraz Sporar. Currently playing at Slovakian club, Slovan Bratislava, the 25-year-old has been in brilliant form these last few seasons. He scored 34 goals in all competitions last season and is on course to bettering that mark this season having already scored 20 goals in just 26 appearances.

A £6-million figure has been through around as a possible transfer fee for the Slovenian striker. But there is no doubt in the mind of Slovan Bratislava legend, Lubomir Meszaros, that selling at any price would be a mistake on the part of his former club. 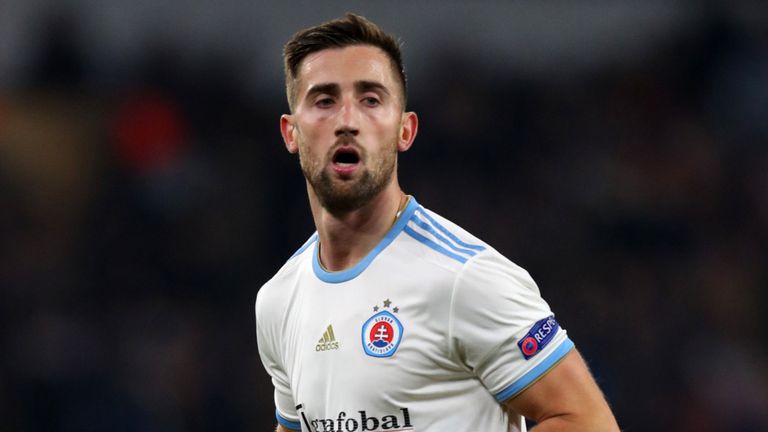 “Andraz is an excellent player. He’s clearly the best player in the league and there’s no team who can boast a player as good as him.

“But if he was sold, it would be a huge blow for Slovan because how are they going to replace someone like that?

“It would have a massive impact on the team and would significantly disrupt their challenges for the league and other trophies. His goal ratio is incredible. He makes an impression in every match.

“Any team would have a major problem if they sold a striker like Andraz and I hope Slovan think very carefully about selling him to Celtic or another club in Europe.

“Even if they got a lot of money, the problem would be replacing him.”

Meszaros clearly holds Sporar in high regard. But Celtic have to be careful before making such a high bid for a striker who is unproven in a top league. While he has been a huge success in Slovakia, Scottish football is clearly much more competitive. And there is no guarantee that he can replicate that form at Celtic.