It is no secret that Celtic will be looking to sign a striker in the upcoming winter transfer window after seeing Odsonne Edouard carry the load upfront almost single-handedly for the first part of the season with not much in the name of back-up. And now Slovan Bratislava general director, Ivan Kmotrik, has claimed that Celtic have made an offer for their striker, Andraz Sporar.

Sporar has been in brilliant form this season. He has scored 20 goals in 26 appearances including 7 goals in Europe. And while it is unlikely that he would be able to displace Edouard from the first-team, he could be a solid addition to the strike force. Both Leigh Griffiths and Vakoun Issouf Bayo have struggled for form, and have scored a combined 4 goals between them this season. 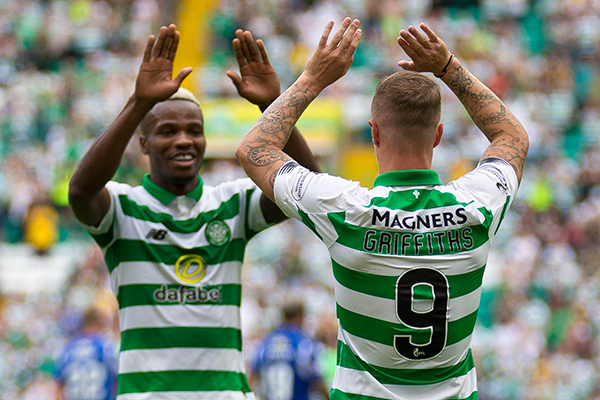 Now, Slovan Bratislava have confirmed that Celtic have made on offer for Andraz Sporar. As reported by BBC, the club’s general director, Ivan Kmotrik, said:

“It is true that Celtic FC sent us an offer and showed a huge interest in Andraz Sporar.”

“There is an interest from other big clubs from France, Spain, Italy, Portugal or Belgium. There is already a huge interest and we expect that even more clubs will address offers during January.”

But he also hinted that Celtic’s offer was not enough for the Slovakian club to part with Sporar. Taling about the striker’s value, Kmotrik said:

“I think that Andraz’s value is much higher. I can’t imagine selling Andraz for a fee that is lower than 7-8m Euros.

“We already registered big offers during summer transfer period, but Sporar stayed with the club. In the case of a summer transfer, it would have been the biggest transfer in Slovakian history. Now, clubs are addressing even better offers than in the summer.

Celtic should be wary of spending too much on Sporar though as he has not had too much success before joining Slovan Bratislava. The biggest club that the Slovenian has ever played for is FC Basel. There he just managed one solitary goal in 26 appearances. Thus, there are genuine fears that he would not be able to cut it at a top club like Celtic, playing against superior opposition.