You are at:Home»Latest»“So proud of you, Abada,” Dudu Dahan hails 15 goals and 11 assists Celtic Star

With 15 goals and 11 assists from 54 appearances in the Hoops, Liel Abada’s debut season stats make for encouraging reading – all the more so when you consider our Israeli winger arrived at Celtic at just 19 years of age – and looking even younger!

As you’d expect having hit the ground running, having previously been expected to play the part of understudy to James Forrest, Abada’s incredible impact at Celtic has apparently piqued the interest of suitors down south, and Patrick Viera and Crystal Palace it appears have an eye on young Abada.

With father figure Nir Bitton calling time on his highly decorated time in the Hoops, there may even have been concerns that the wee fella would itch for a move away from Celtic Park, and with the EPL the place where fame and fortune awaits, you’d understand if Abada’s head was turned.

“We’ve got Abada, he’s on the wing,We’ve got Kyogo, he’s doing his thing,Ange is the leader,⁰We’ll follow the Celtic all over the world” pic.twitter.com/PIuYlGpQNs

Yet to see the youngster celebrate with Jota in front of the North Curve, as Celtic lifted the Scottish Premiership trophy, it’s perhaps no surprise to hear that Abada isn’t for courting interest from any English teams, instead as he explained to Israeli publication Ynet Liel Abada feels altogether at home in Paradise and his focus is very much on the here and now with Celtic. 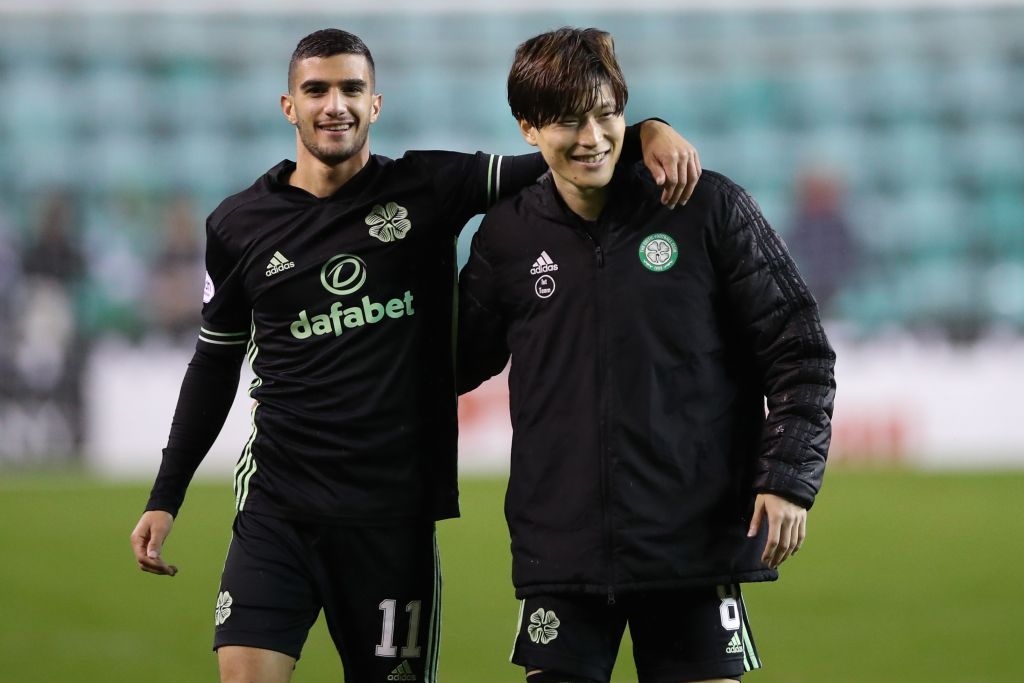 Liel Abada and Kyogo Furuhashi of Celtic celebrates the victory after the Cinch Scottish Premiership match between Hibernian FC and Celtic FC at on October 27, 2021 in Edinburgh, Scotland. (Photo by Ian MacNicol/Getty Images)

“I’m only dealing with Celtic right now. I’m good here. I love the players, the crowd and the team. I get a sense of home and all my focus is here. In the future? I cannot know what will happen and it’s not right to talk about it.”

“I do not look at these things. I work hard and modestly, and focus exclusively on the pitch. To do my best on the pitch, for the club and the crowd.” 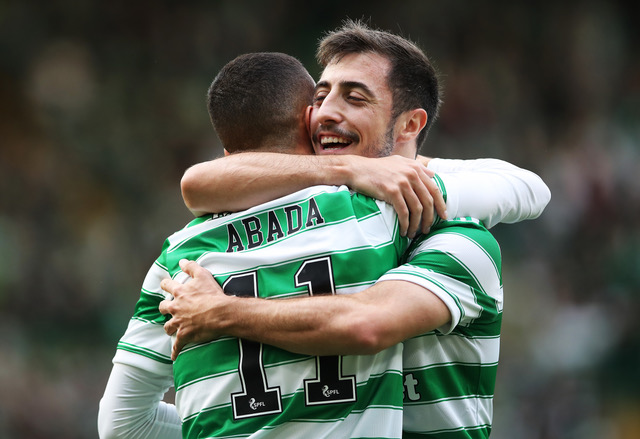 With rumours of a £16m bid from Palace simply just that – a rumour – it’s good to see a young star treating such conjecture with the shrug of the shoulders respect it deserves. There are a great deal of surplus to requirements bodies which require shifting from the current Celtic squad before we ever get to the name of Liel Abada, and few of those requiring moving on have shown they have the same ceiling as Abada, nor the same level of performance when opportunity knocked.

So proud of you #Abada pic.twitter.com/VWMeF6SLyd

Abada’s first season at Celtic has seen some big moments. He’s performed well in European competition, scored against theRangers and grabbed that late in the day goal against Dundee United when Celtic were down to ten men – if that’s him just getting started at Celtic just think of the levels he could reach with another year of Ange Postecoglou’s management under his belt.

And going by his comments, Abada has a level head on those young shoulders as well as the potential to become a bona fide star for Celtic. As such EPL interest may well arise in the future, but for now Liel Abada seem right at home at Celtic. And with Champions League football to look forward to next season, his ambitions as a player can be fully realised right here at home.